In a locked-down world, it’s often hard to do some kinds of market research as it should be done. When COVID-19 put much of its regular business on hold, four-year-old Niagara Falls, ON-based XpertVR pivoted to see what it could do to solve that problem.

Co-founders Evan Sitler and Drew MacNeil decided to build tools to help researchers do everything in virtual reality, including creating a research access portal to get at the results easily. Images are screenshots from a demo unless noted otherwise. 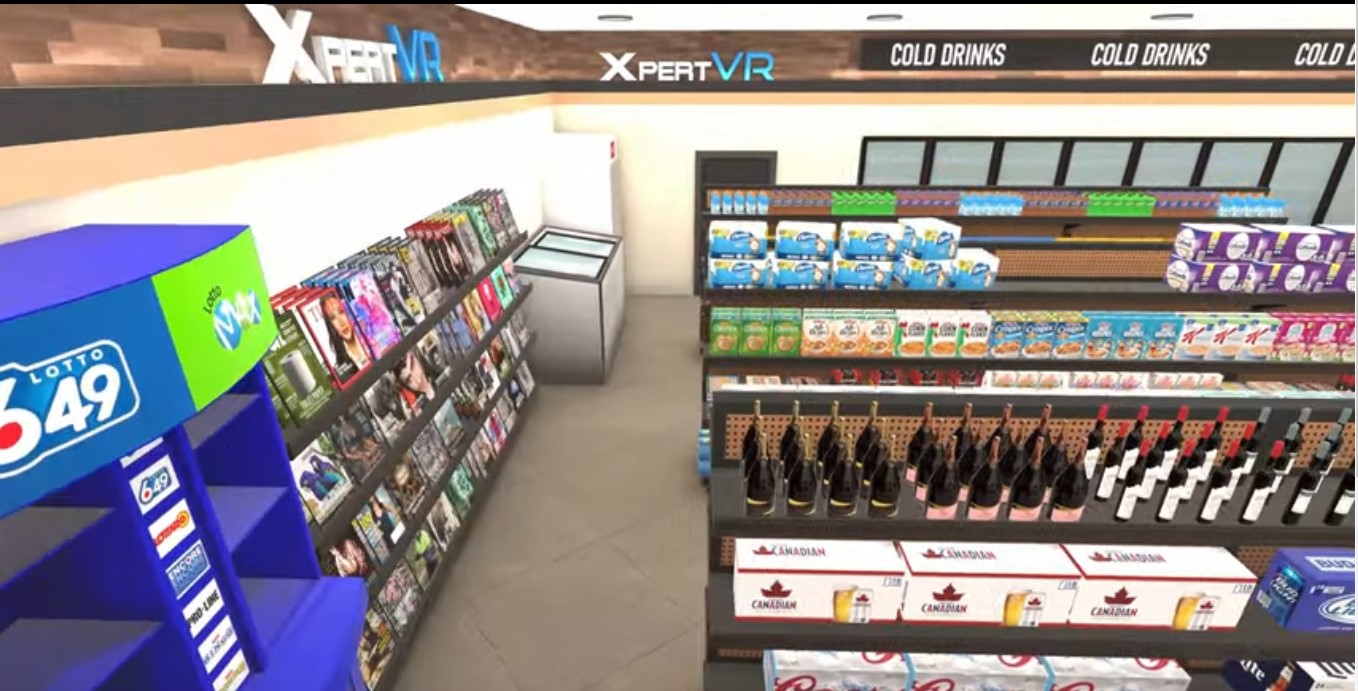 Say you want to discover how customers in a store scan shelves and choose the products they buy so you can request the optimal product placement. Normally researchers might mock up a few shelves of a store. But with respondents unable to come in to do the survey, that’s tricky. So XpertVR creates the stores virtually, replicating whatever layout the client needs.

Respondents wearing VR headsets such as Oculus Quest or Microsoft Hololens then enter the virtual environment and shop the shelves. The software monitors and records what they’re looking at, for how long, and how their eyes travel around the display, creating heat maps.

XpertVR has recruited a panel of VR headset owners from which respondents are selected using standard sampling techniques.

Once the respondent has chosen a product, that information is recorded as well. The heat maps allow researchers to understand what drew users’ attention, how long they focused on certain areas, and what path they took to get to their final purchase decision. 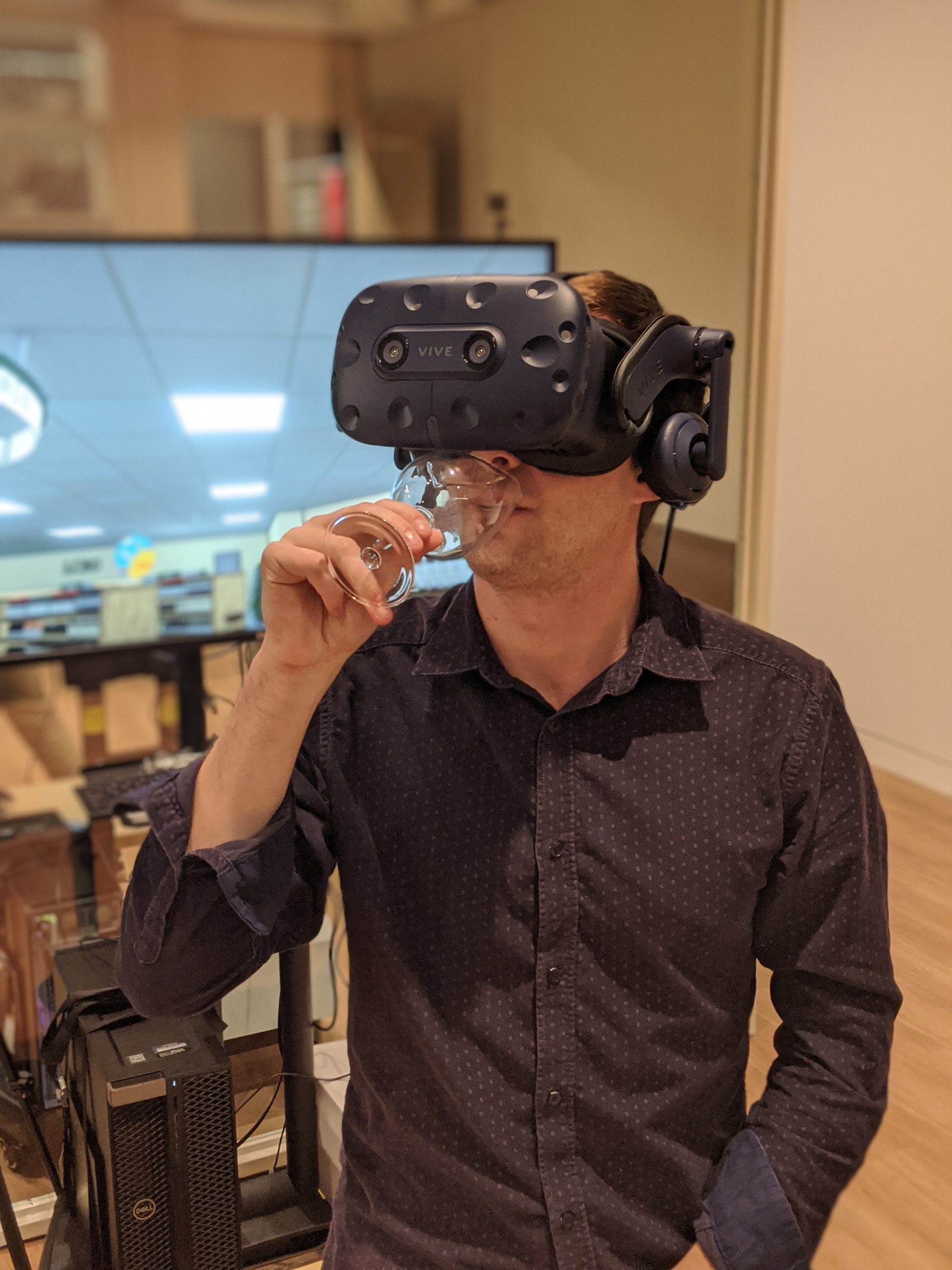 XpertVR co-founder Drew MacNeil may appear to be simply swilling wine, but he’s actually participating in a consumer behaviour and sensory experience set in a virtual LCBO that XpertVR created for the world’s first mediated-reality wine laboratory. It combines sights, smells and sounds to help researchers study the science of consumer choice in the wine industry. Brock University’s Cool Climate Oenology and Viticulture Institute received a $960,000 grant from the Ontario government in 2018 to create the lab. Image supplied by XpertVR. 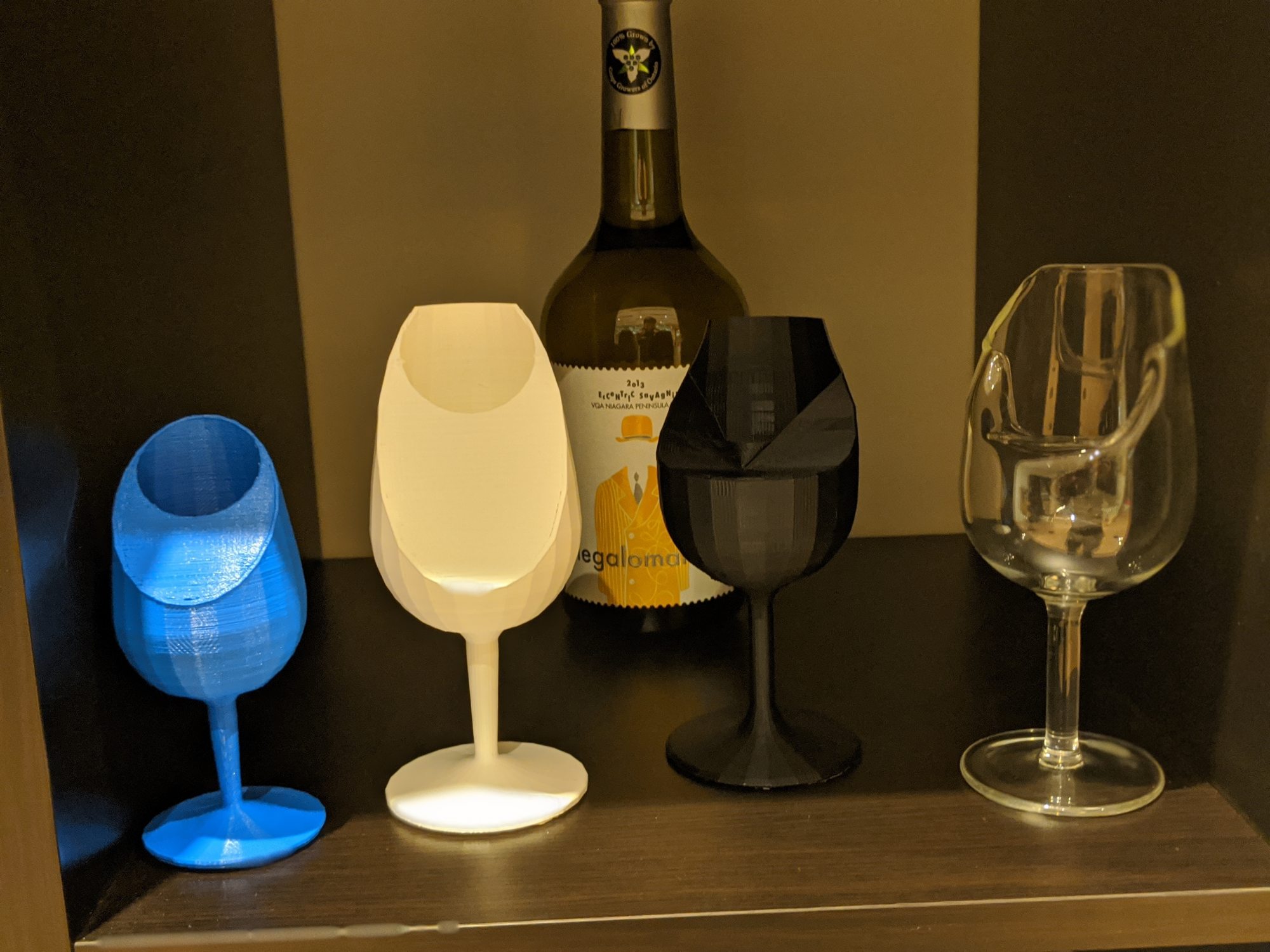 Drinking wine while wearing a VR headset can get messy. The glass tends to bash the bottom of the device, so to make the VR experience work (and reduce spillage), the wine glasses needed a bit of a tweak. XpertVR and Brock developed and have patented these wine glasses that let users drink tidily while wearing a headset. Prototypes and a finished glass are pictured here.

Respondents can answer survey questions within the experience using the VR system’s controller as a pointer.

While wandering the virtual LCBO, users can pick up and examine bottles, then ask questions about the wine.

This video shows how it works.

Lynn Greiner
Lynn Greiner has been interpreting tech for businesses for over 20 years and has worked in the industry as well as writing about it, giving her a unique perspective into the issues companies face. She has both IT credentials and a business degree.

SUBSCRIBE
Previous article
COVID-inspired gadgets from CES 2021
Next article
Budget breakdown: Where are provinces and territories investing in tech and innovation?