9 IoT demos at Dreamforce ranging from amazing to strange 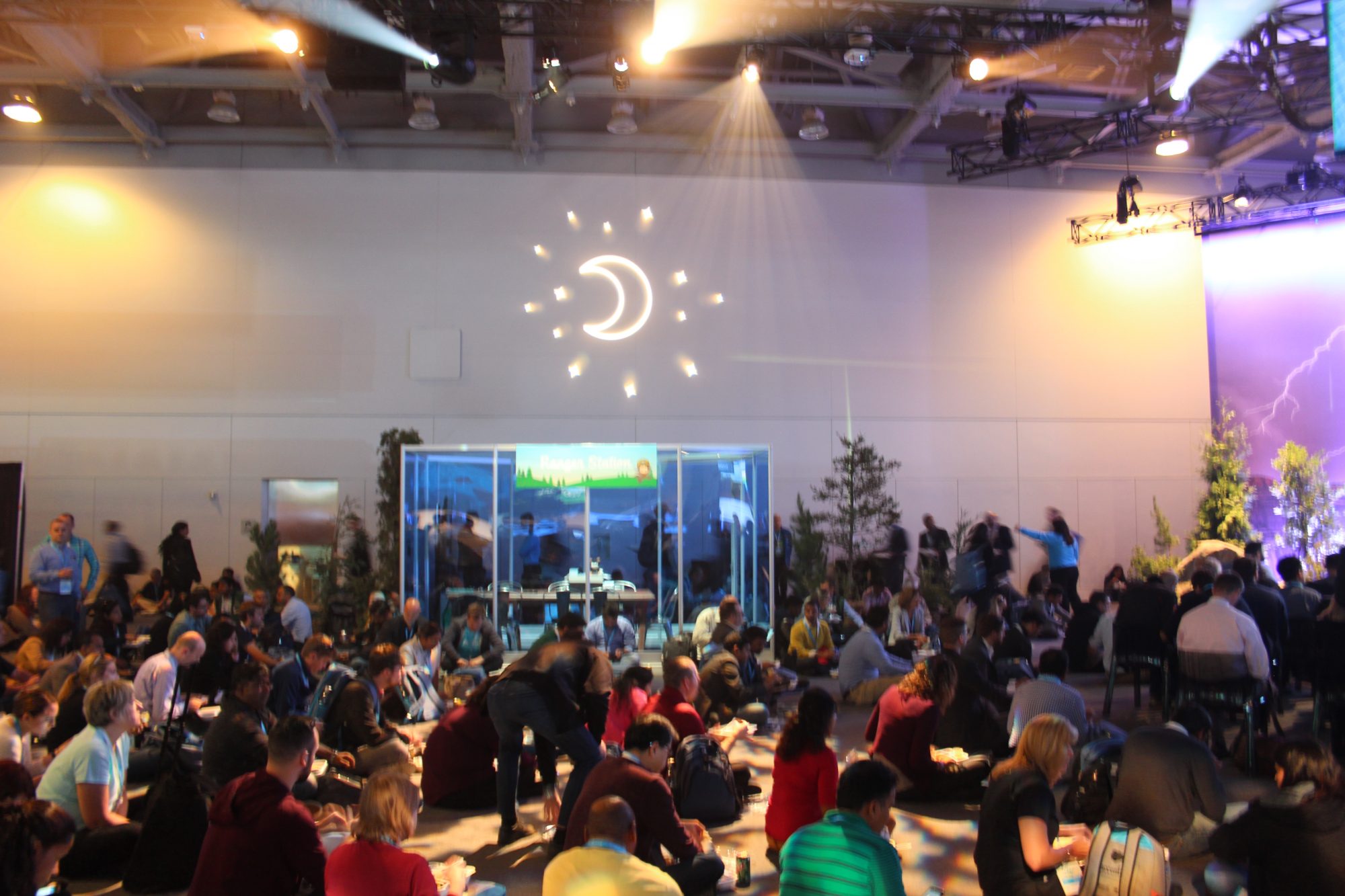 As Salesforce rolls out Thunder, its Internet of Things (IoT) platform, connected devices integrating with Salesforce in various ways were front and centre in the Developer Zone at Dreamforce this year. Take a look at some of the more interesting demos. 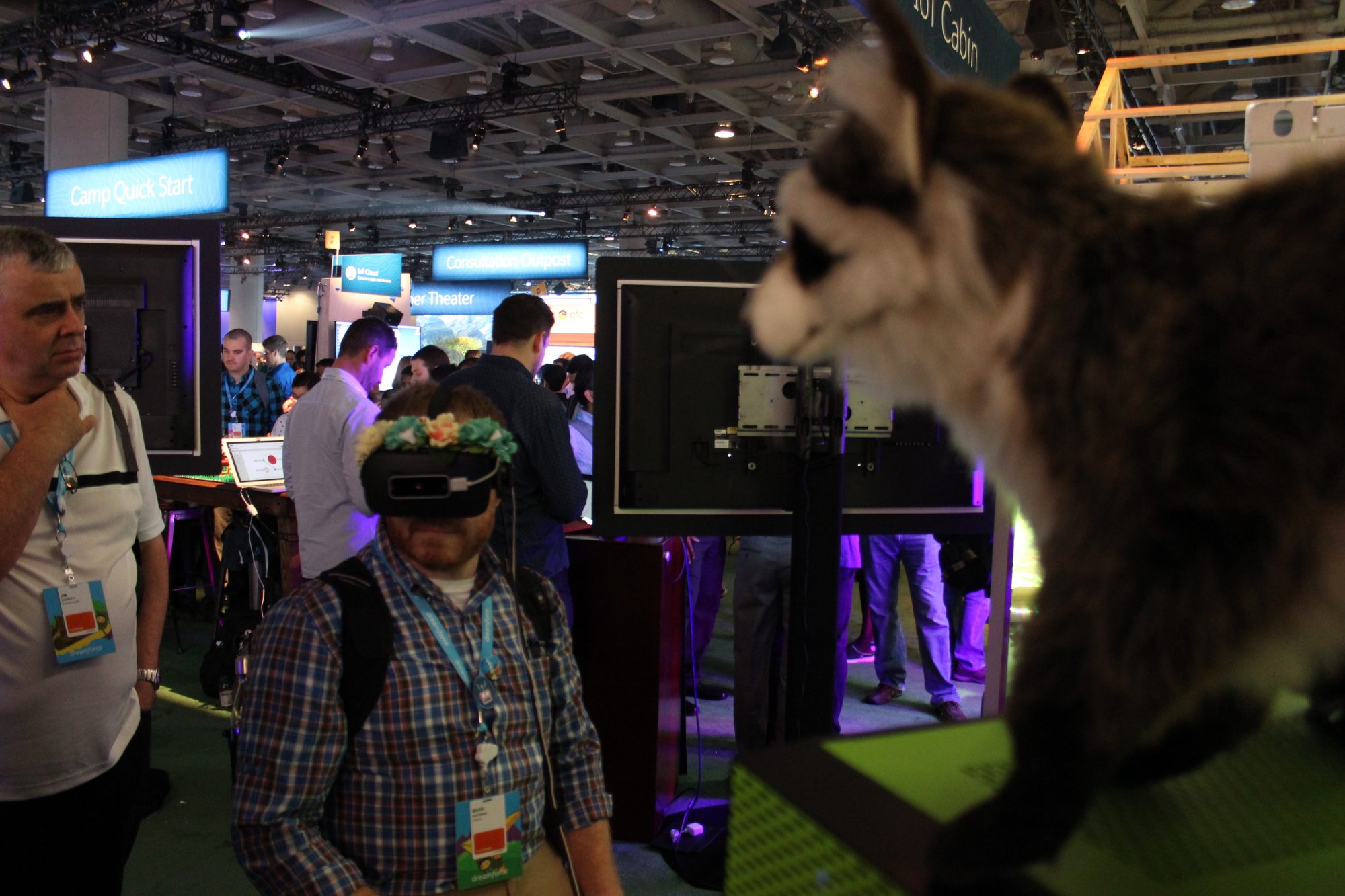 Salesforce VR isn’t available to the public yet, but Salesforce has been working with Oculus Rift headsets to pilot test how users might explore their Salesforce data visually. The experience is powered with the Unity engine, used by developers to build many 3D games. 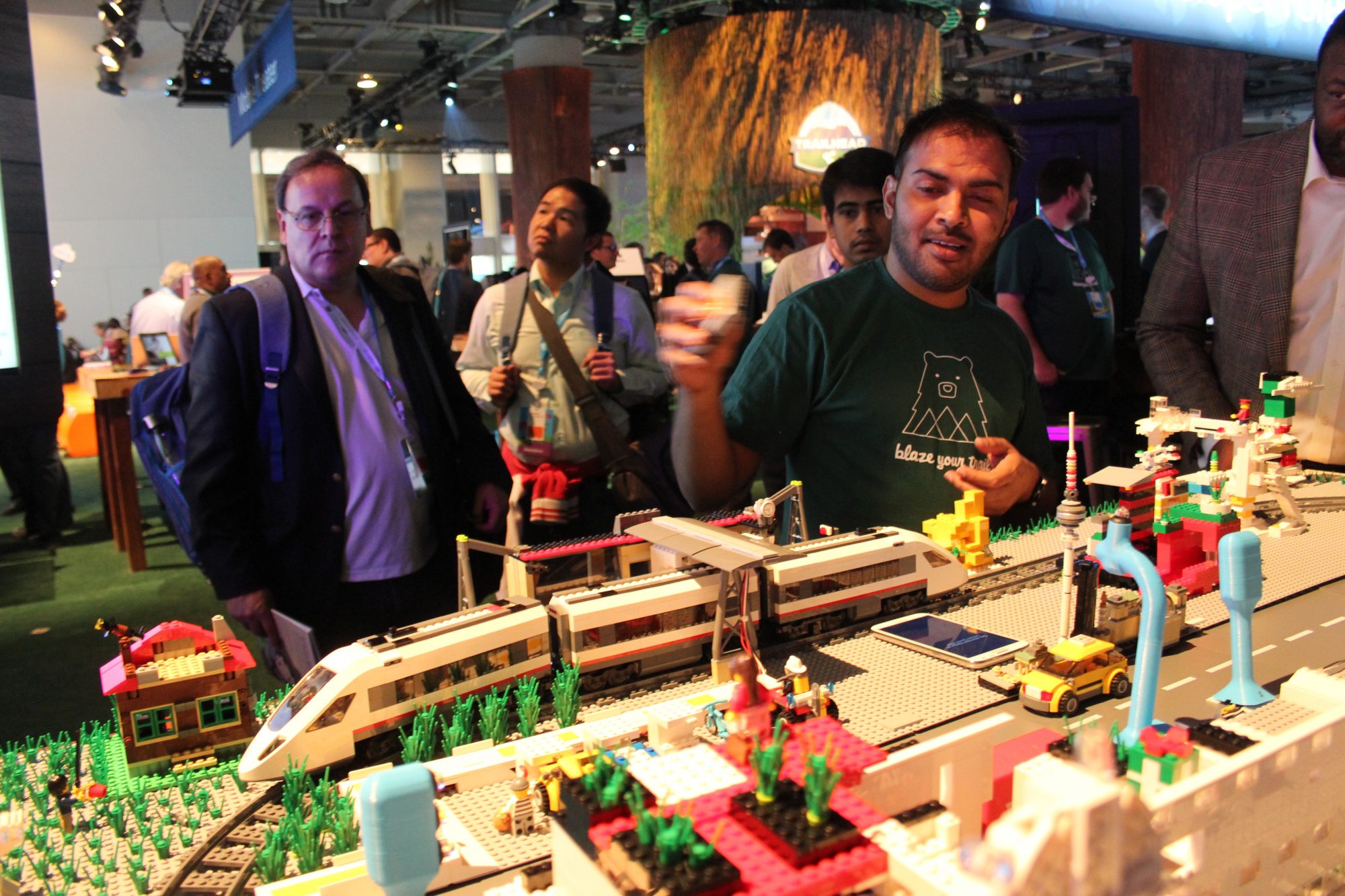 In this demo,various sensors and controllers connected to a miniature train set allowed it to be operated from a smartphone. On a nearby display, the parking allocation availability indicated whether the train was in the station or not. 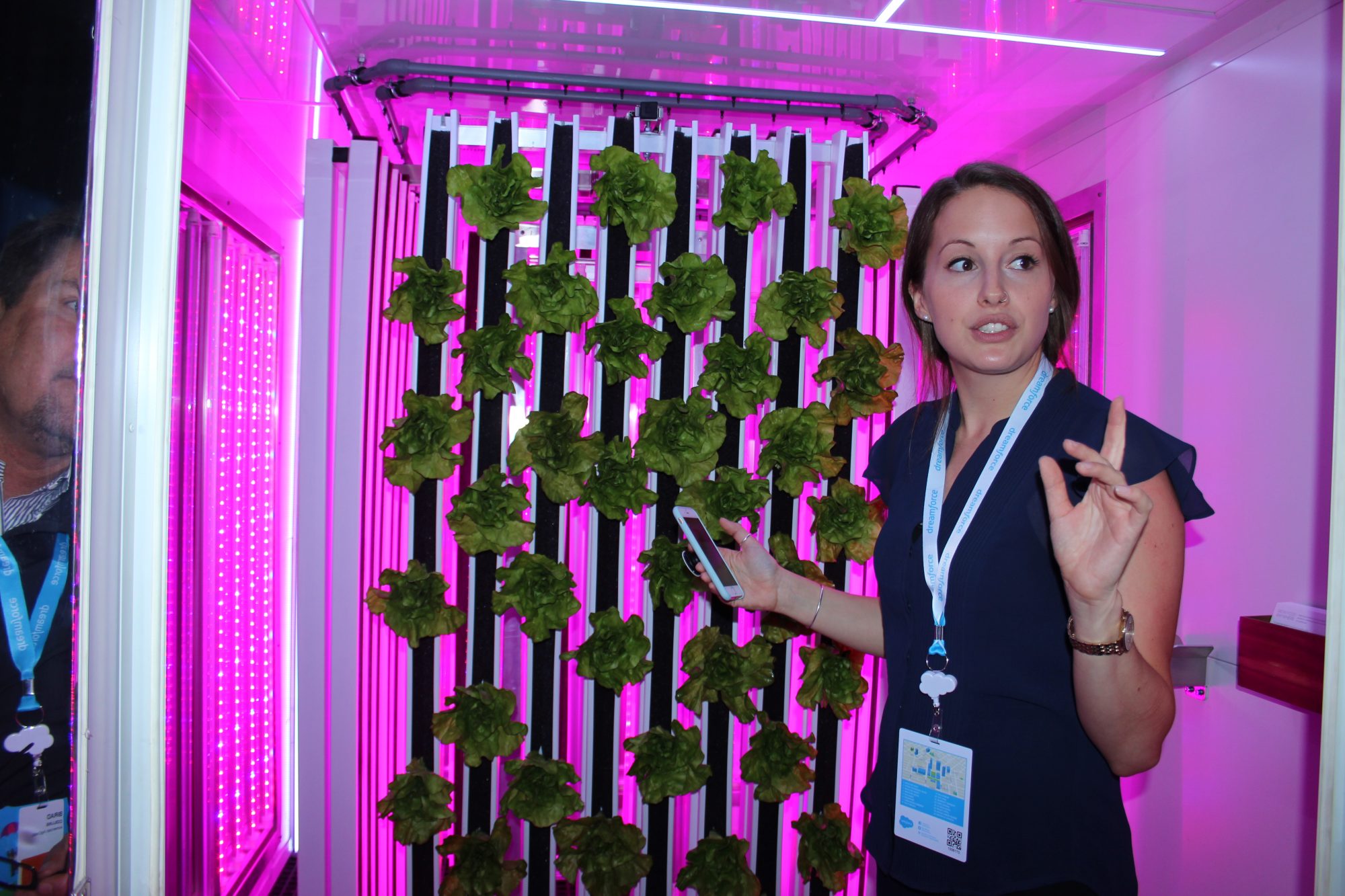 Freight Farms sells high-tech vertical gardens that are built entirely in shipping containers. A range of sensors output data to a mobile app that modern farmers can use to monitor the health of their crop. Seen here, a smaller container targets a hobby gardener market interested in creating revenue. 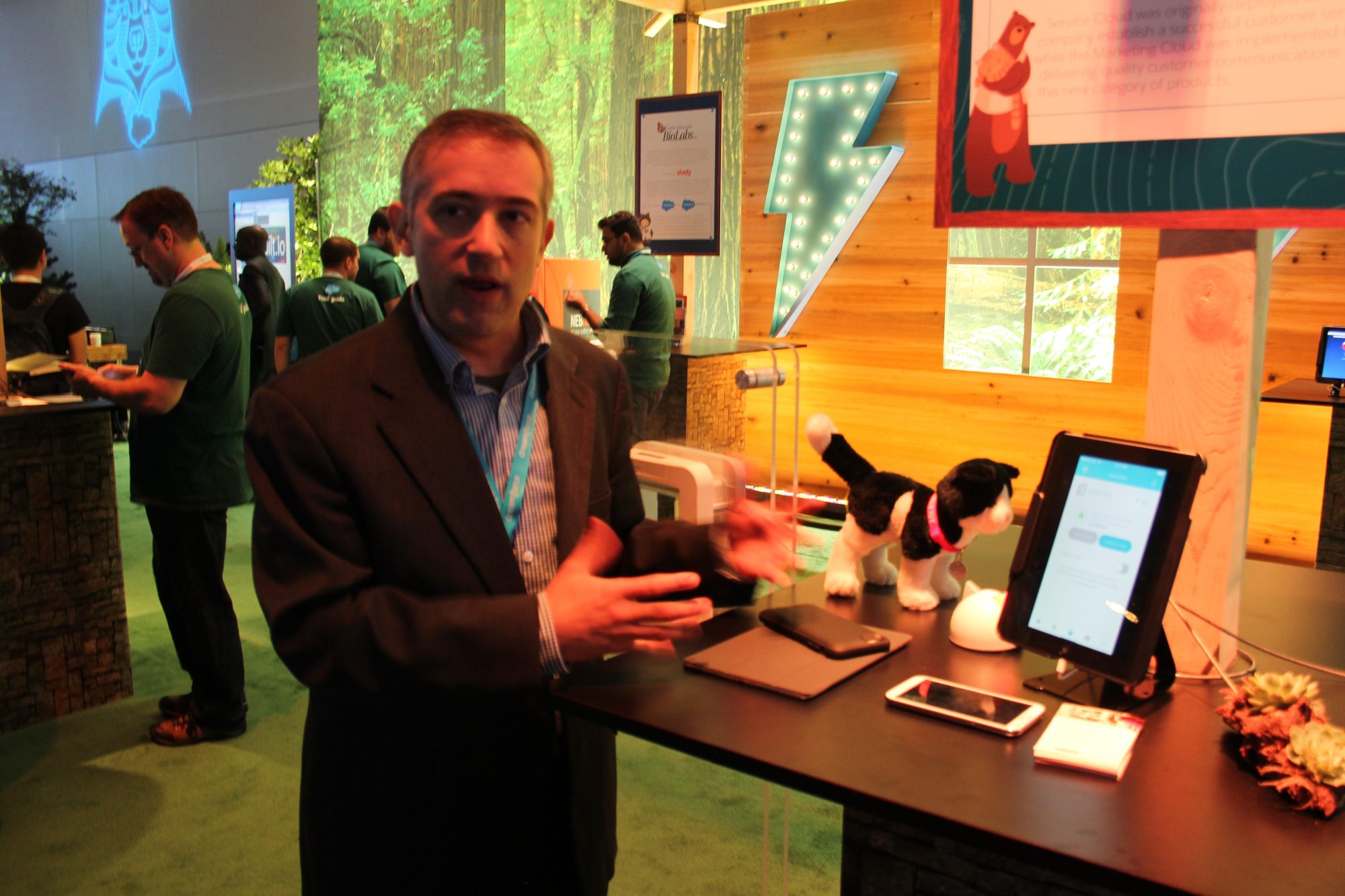 If you’ve ever had a raccoon enter your house through your pet door, then maybe you are interested in SureFlap. It locks your pet flap until the RFID chip in your pet’s collar is close-by, and then unlocks to allow them in. Seriously. 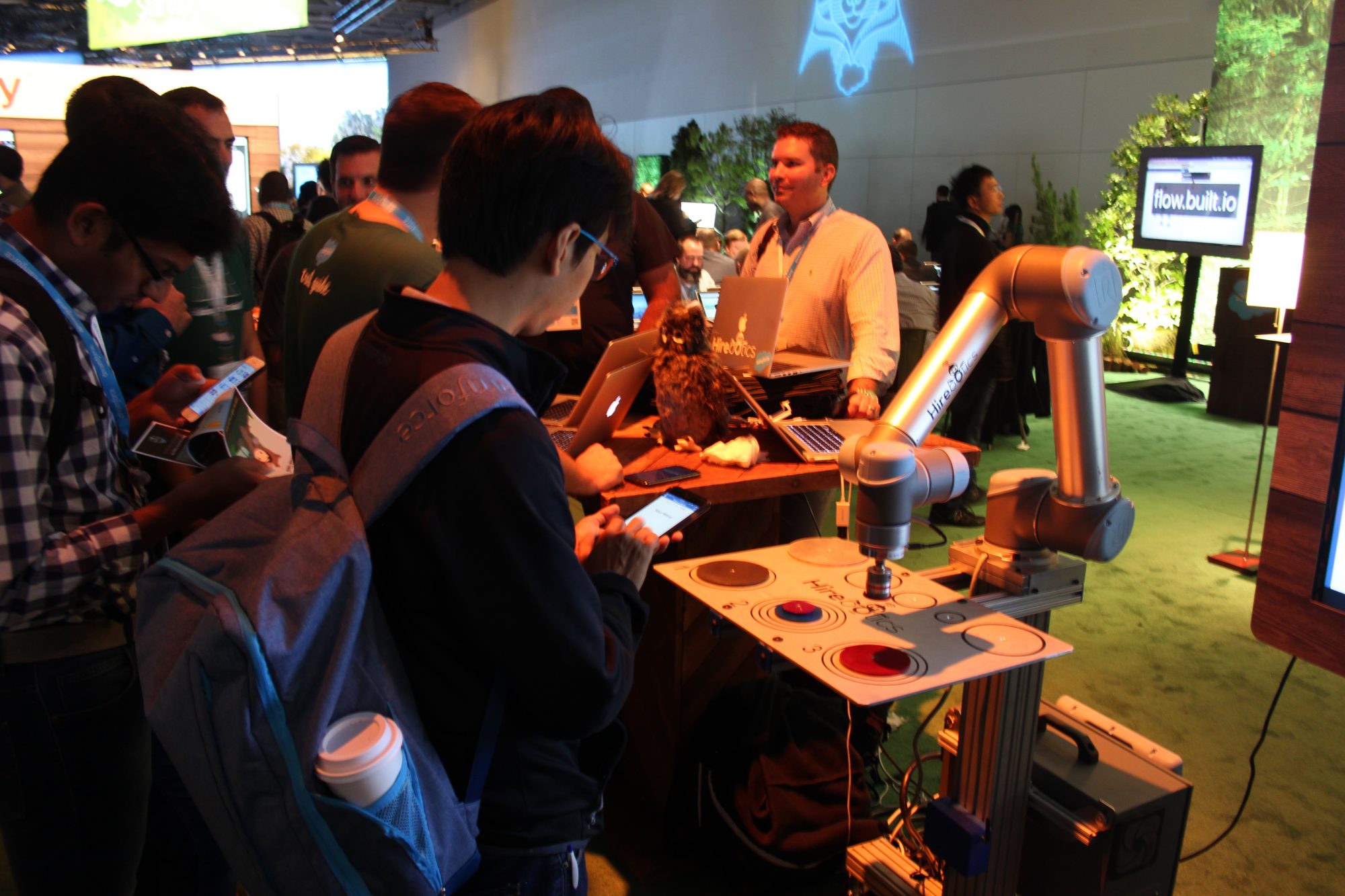 Developers were challenged to solve the Tower of Hanoi puzzle – restacking different-sized discs in as few moves as possible – using a smartphone controlling this robotic arm. High scores were posted on a monitor nearby. 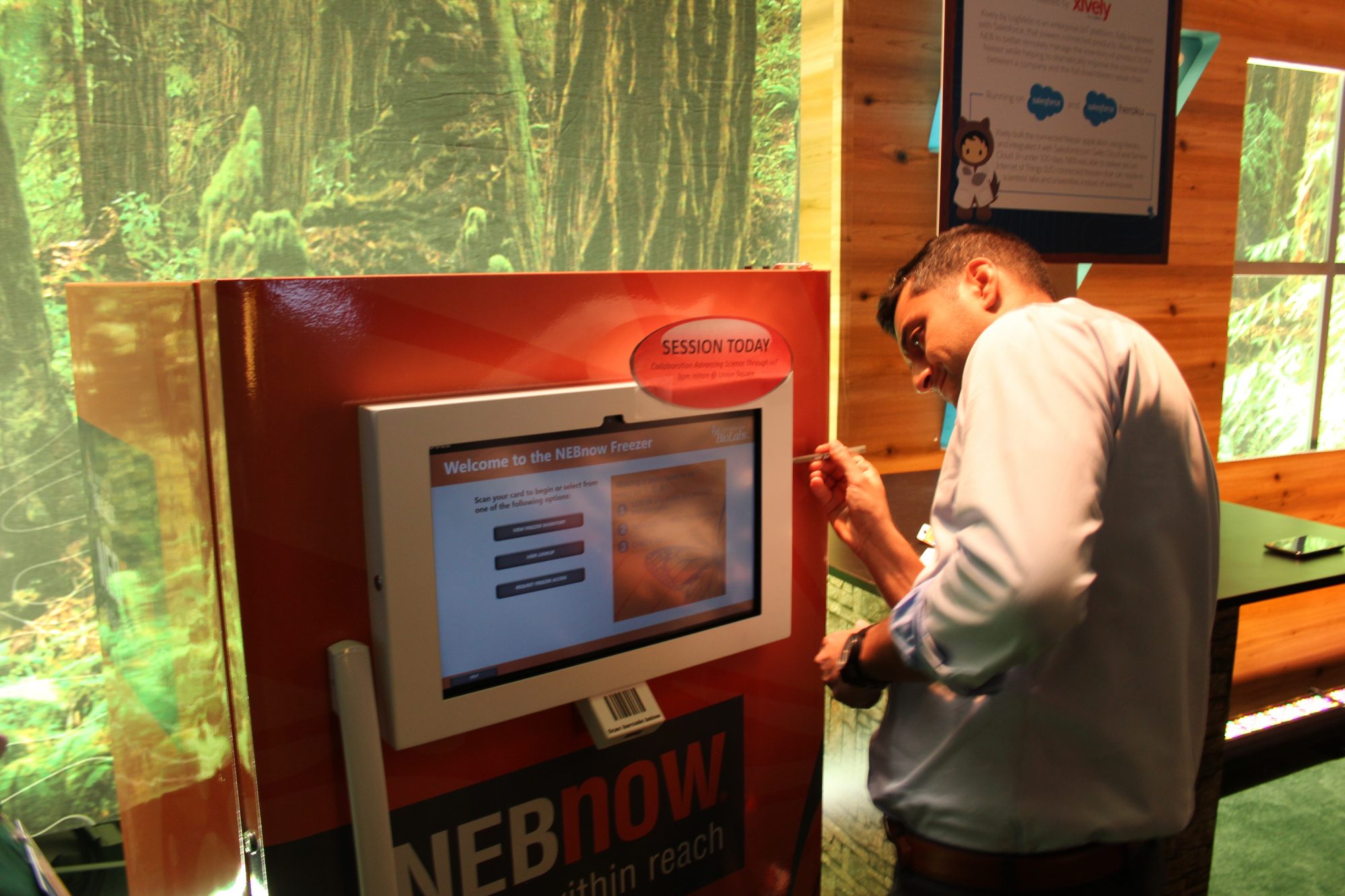 NEBNow is an IoT-connected freezer, but not for your ice cream. It’s a service for chemistry researchers that provide the reagents needed for their work on demand. This freezer helps researchers automatically manage inventory. 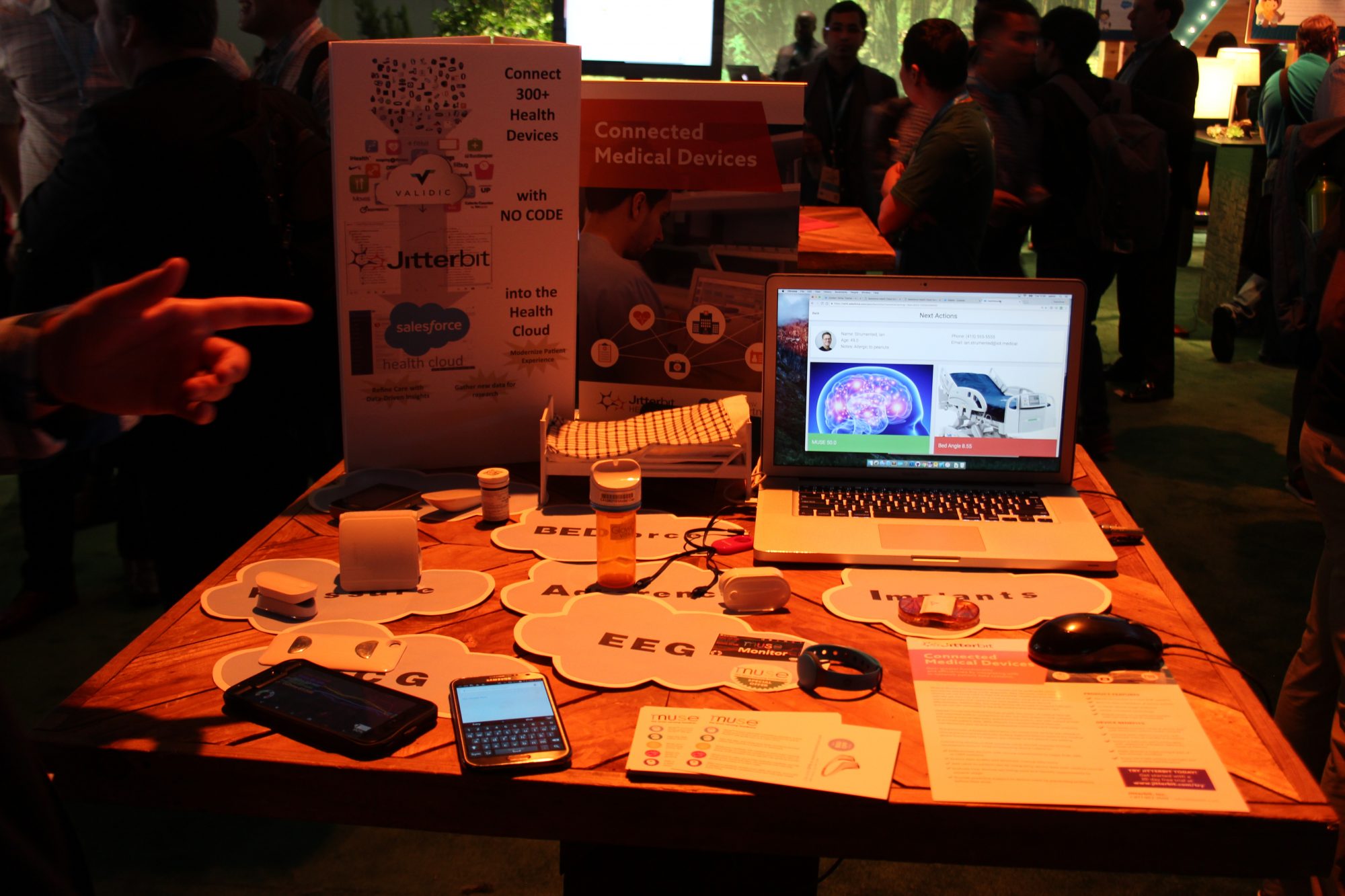 Working with Validic and Jitterbit, Salesforce can connect a range of health-tracking devices to its platform. From FitBit to the Muse brain wave-reading headband, all the integrations can be used with any coding required because of that backend work. 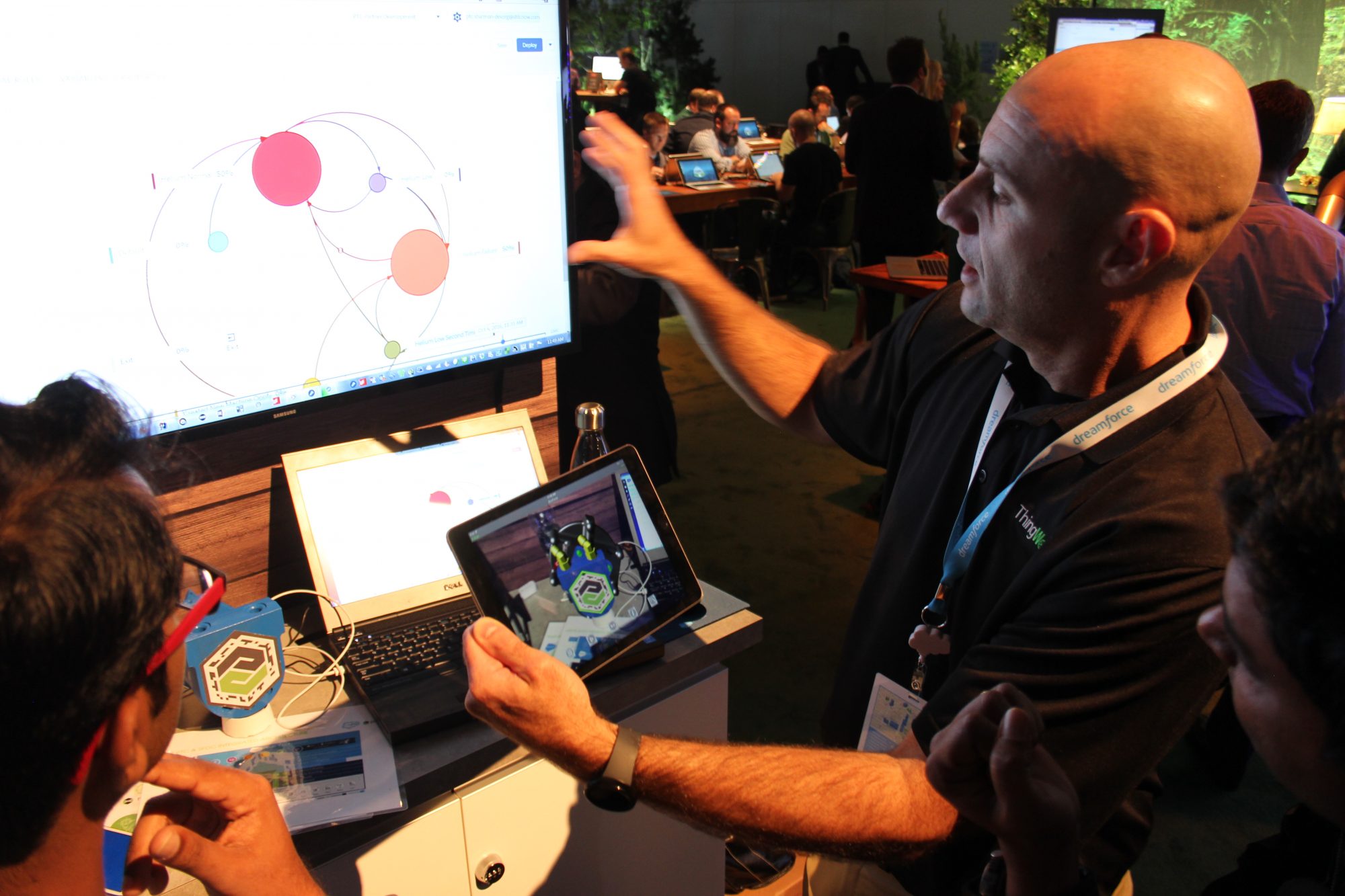 In another health-related demonstration, augmented reality views are put to use to more closely examine MRI orchestration. As a result, pleasing charts were generated. 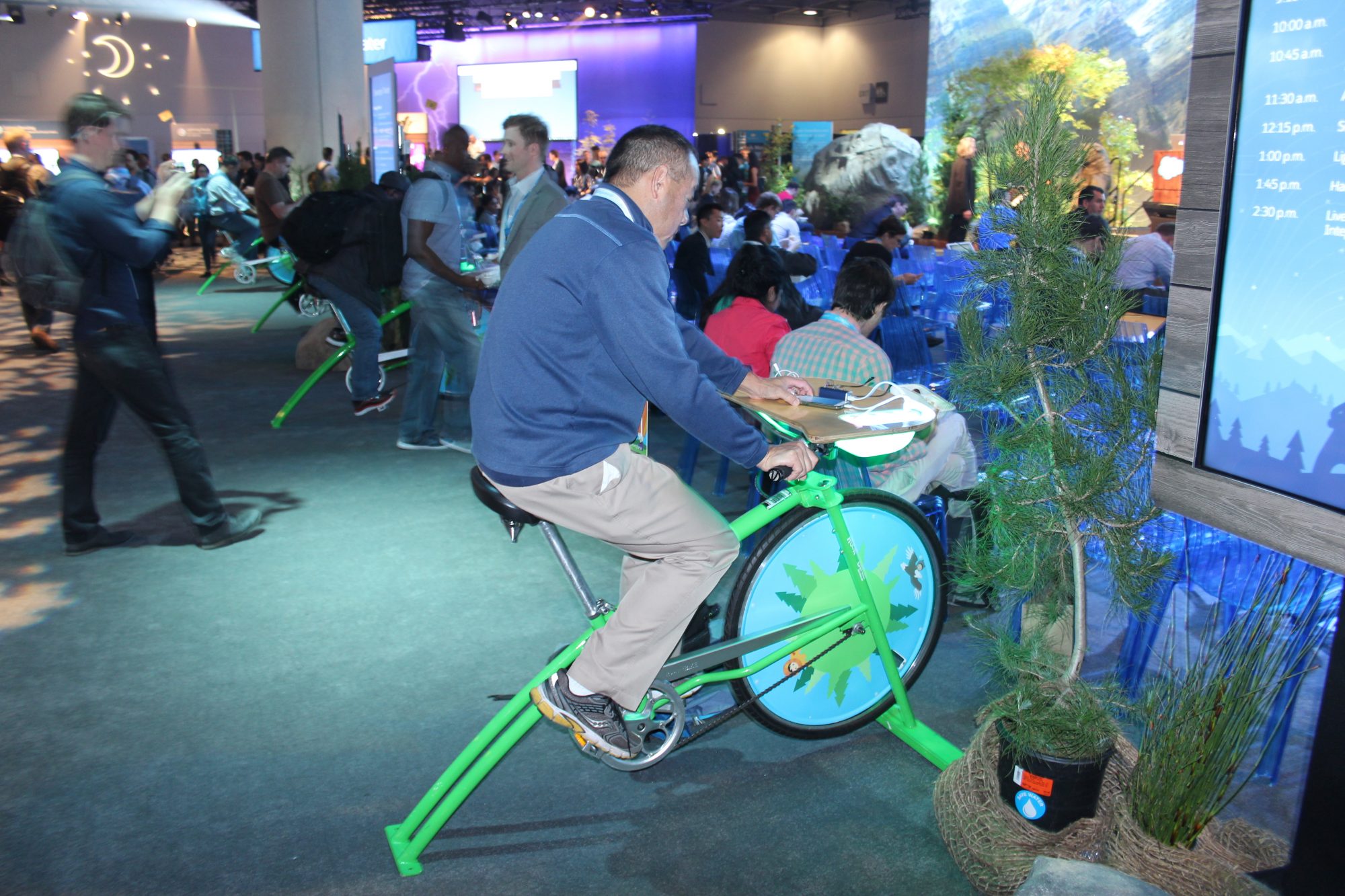 Outlets can be hard to find at crowded Dreamforce, so developers were happy to jump on these stationary bikes to pedal out some juice for their smartphones.