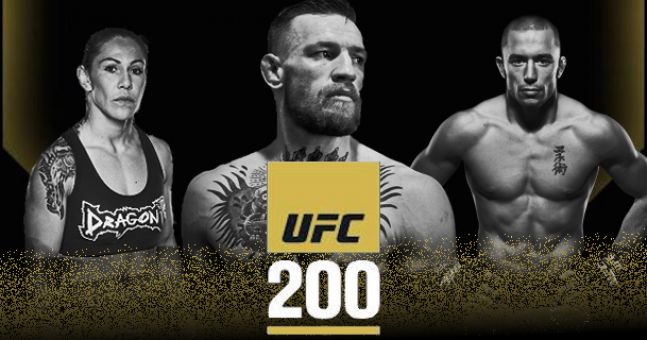 Fifteen years ago, Zuffa acquired the Ultimate Fighting Championship (UFC) for $2 million as it was on the verge of bankruptcy. Now a global sports empire, the league recently sold itself to American talent agency WME-IMG for $4 billion.

So how did a failing business turn itself into an innovative and highly profitable sports media company? UFC maintained its formula (matching up the best MMA fighters in a cage match) while embracing technology.

Last week marked one of the biggest and most successful events in UFC history. UFC 200 took place on July 9, and was the final and largest card of fights UFC had put on under Zuffa ownership.

For UFC Fight Pass subscribers, content was available exclusively to stream online at 6:30 pm. At 8:00 pm, it switched over to Fox Sports 1 where the public could watch without a subscription. The main card fights began at 10 pm, and were only available for $49.99 on pay-per-view.

“They have done a very good job of slicing and dicing the media rights they have,” says Brandon Ross, a media analyst with BTIG Research to The Verge. “The NFL are the masters of squeezing the most juice out of their content, but the UFC is doing it with a more modern, ground-up approach.”

The UFC has also archived a massive amount of MMA content onto its website for subscribers to enjoy during periods in between fights. The subscription is available for a $10/month, and closely resembles the Netflix business model.

Additionally, the UFC has become an aggregator for other MMA leagues that are not big enough to promote or stream their own content. Similar to how Netflix has become a platform for directors and comedians to create original content without the support of a major TV network.

Also similar to Netflix, the online UFC content does not need to appeal to the masses. If a small, niche fight brings in even a few subscribers, it’s a bonus to the UFC while adding value to the already subscribed users. Since neither service is reliant on advertising for revenue, audience numbers are less of a concern. Both services maintain full control of original content, and can regulate its global distribution.

While UFC’s domination of the industry has created more opportunities for fans to engage with content, it has also received criticism for allowing the UFC to manipulate footage to benefit itself. Fans have noticed multiple instances where footage has been edited to specifically cut out negative reactions to certain fight outcomes. The UFC is under no legal obligation to preserve the original footage, which is concerning for an organization that is aiming to archive the history of a sport.

While it is possible to find videos of even the most obscure fighter, there is no fighter page for Tito Ortiz. Despite being one of the most influential fighters in the league’s history, he later developed a hostile relationship with the UFC, which could explain his absence from the database.

With ownership soon transferring to WME-IMG, it will be important to see if the league continues to embrace new technologies. If it does, the UFC could continue to be at the forefront of sports media innovation.