How Canadian athletes used ‘the physics of the Olympics’ in Rio

The Rio Olympics may have just come to a conclusion, but you’re probably still thinking back to some of the amazing performances and thinking “how could they possibly do that?” Well, Waterloo, Ont.-based Perimeter Institute has some answers for you. It created a great series of images explaining the physics behind various sports on display at the Games. We thought it was so great, we had to show it to you here while reflecting back on the amazing success of Team Canada, winning 22 medals at the games. Full credit to PI for the images, be sure to visit its website to bone up further on your physics knowledge. 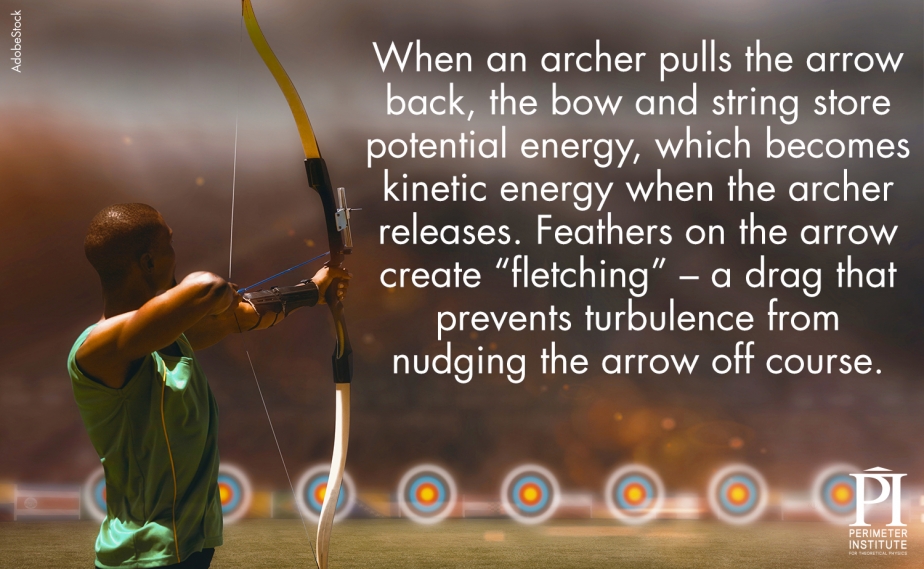 Canadian archers Crispin Duenas and Georcy-Stéphanie Thiffeault Picard represented Canada at the Rio games. With Duenas finishing in the top 20, there’s a bright future for the Canadian archers. 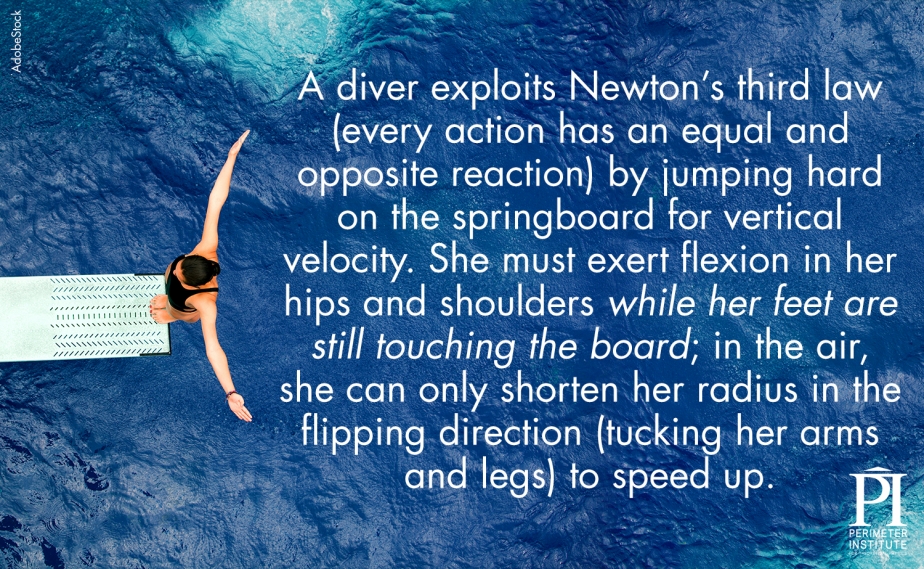 Meaghan Benfeito and Roseline Filion both proved their mastery of Newton’s third law with a bronze medal finish in synchronized diving. Benfeito went on to win another bronze in the individual 10m platform. 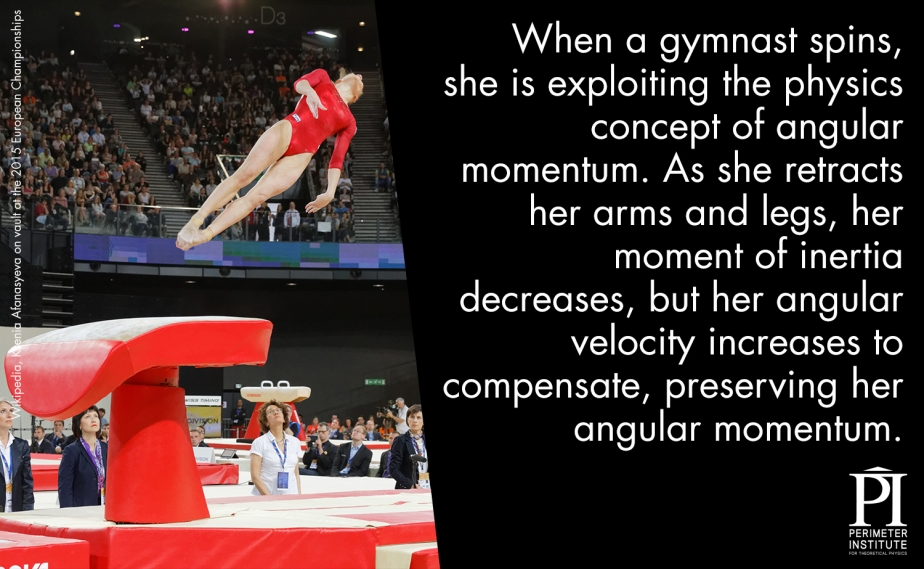 With team USA dominating across the board in gymnastics this year, it was tough for the Canadian team to showcase their angular momentum. Canadian Ellie Black managed to qualify for the all-around final, but couldn’t quite catch Simone Biles for a gold medal. 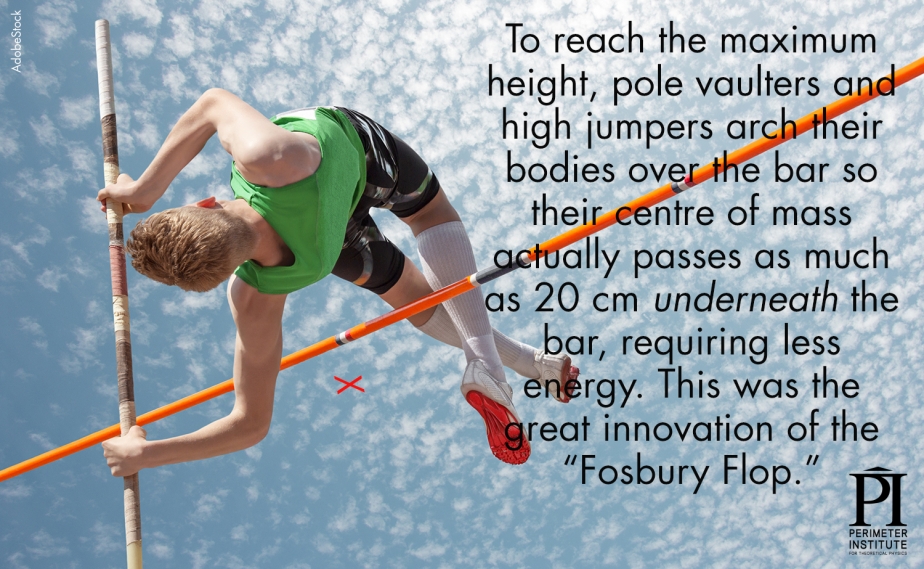 While Canadians Kelsie Ahbe and Shawnacy Barber both made it to the pole vault finals, they were not able to achieve podium results. Instead it was Ontario-born Derek Drouin who took gold in high jump, an event that requires similar athleticism. 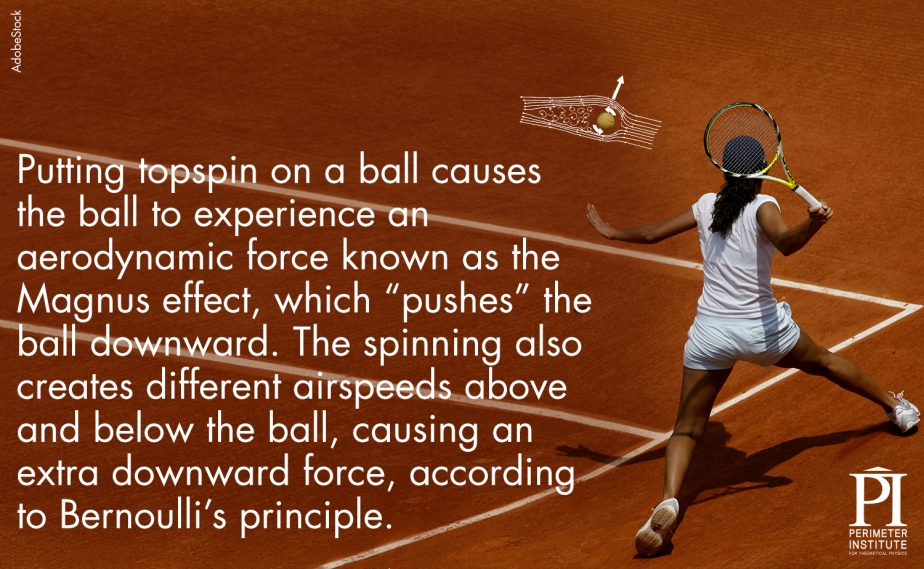 Although Milos Raonic did not make an appearance in Rio, Eugenie Bouchard fought hard in both the singles and doubles competitions to contend for a medal. She didn’t make it to the final, but looked solid in the opening rounds of the tournament. 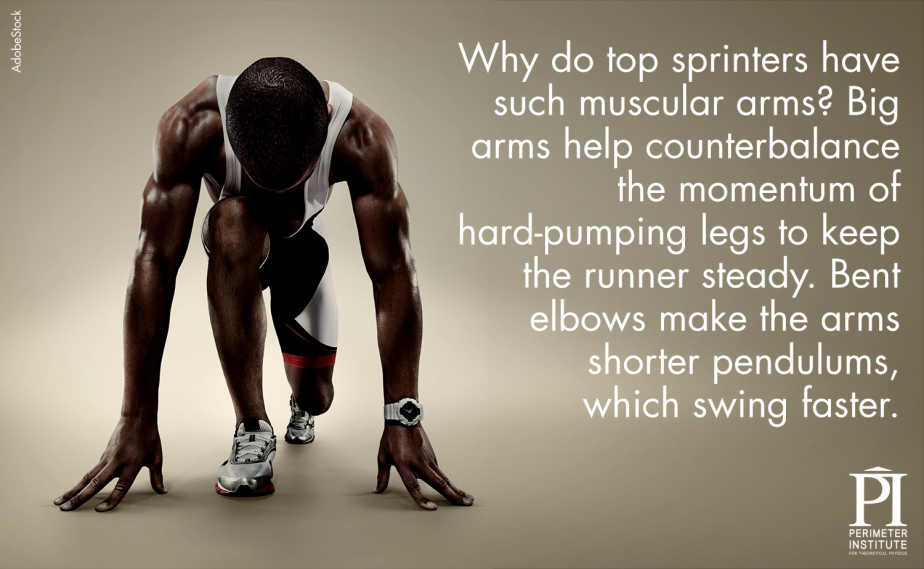 Chasing Usain Bolt with everything he had, Andre De Grasse had a spectacular first Olympics in Brazil. Hard work and solid technique led the Scarborough native to two bronze medals and a silver. 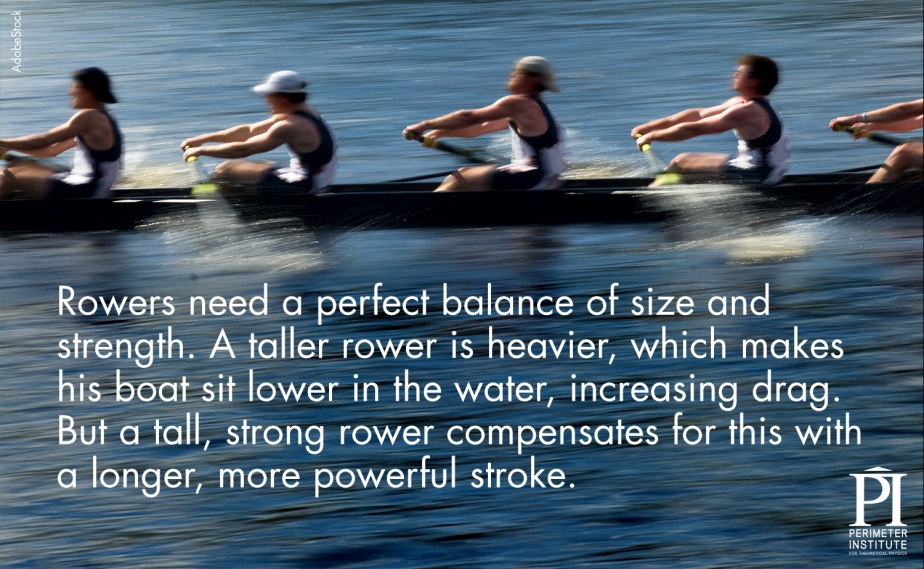 Lindsay Jennerich and Patricia Obee charged for silver in the women’s lightweight double sculls. Both standing at only 1.65m tall, these two have had to overcome physical limitations to be successful in the sport of rowing. 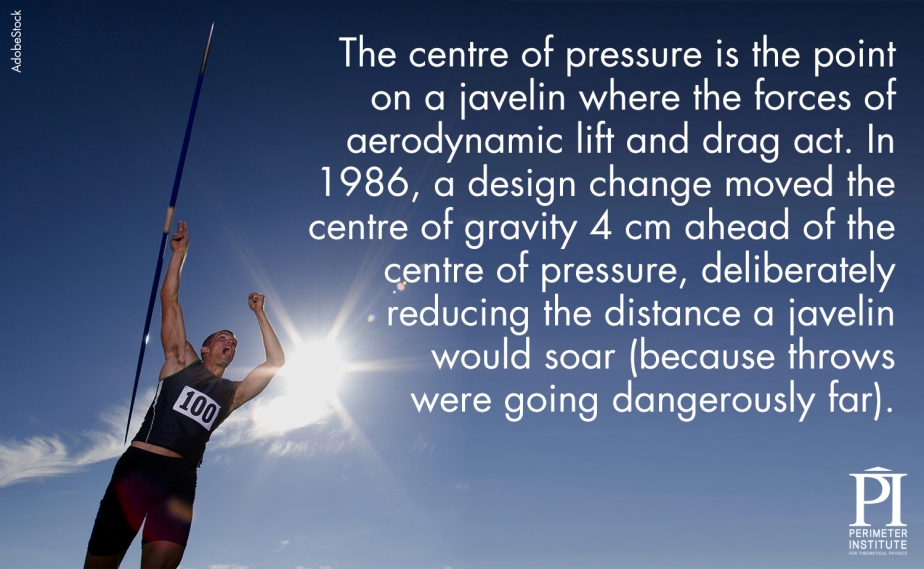 Brianne Theisen-Eaton might not have had the strongest Javelin throw in the heptathalon competition, but her solid sprinting and long jump efforts secured her the bronze medal. 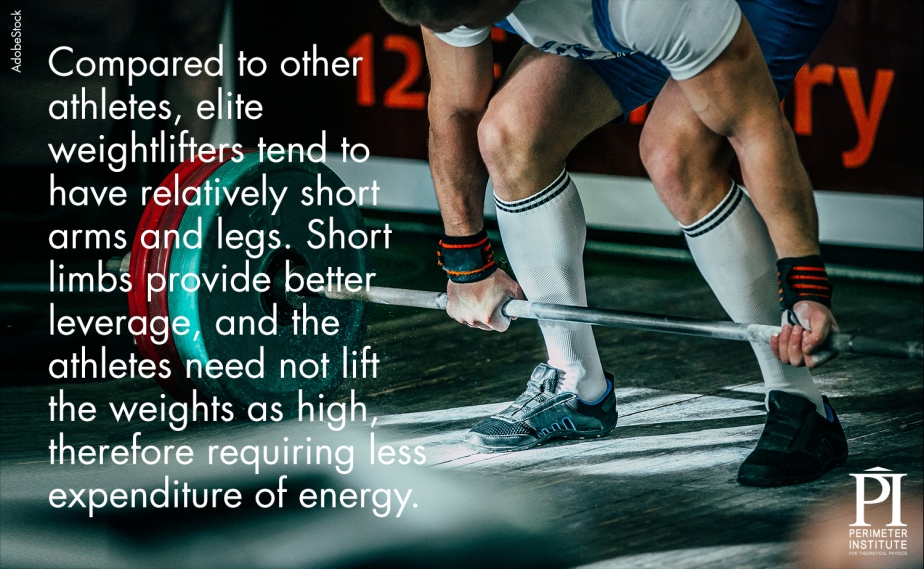 Canadian weightlifters did not win any medals in the 2016 Olympics, although Pascal Plamondon did finish third in the group B final. Marie-Ève Beauchemin-Nadeau managed to qualify for the final, finishing in eighth. 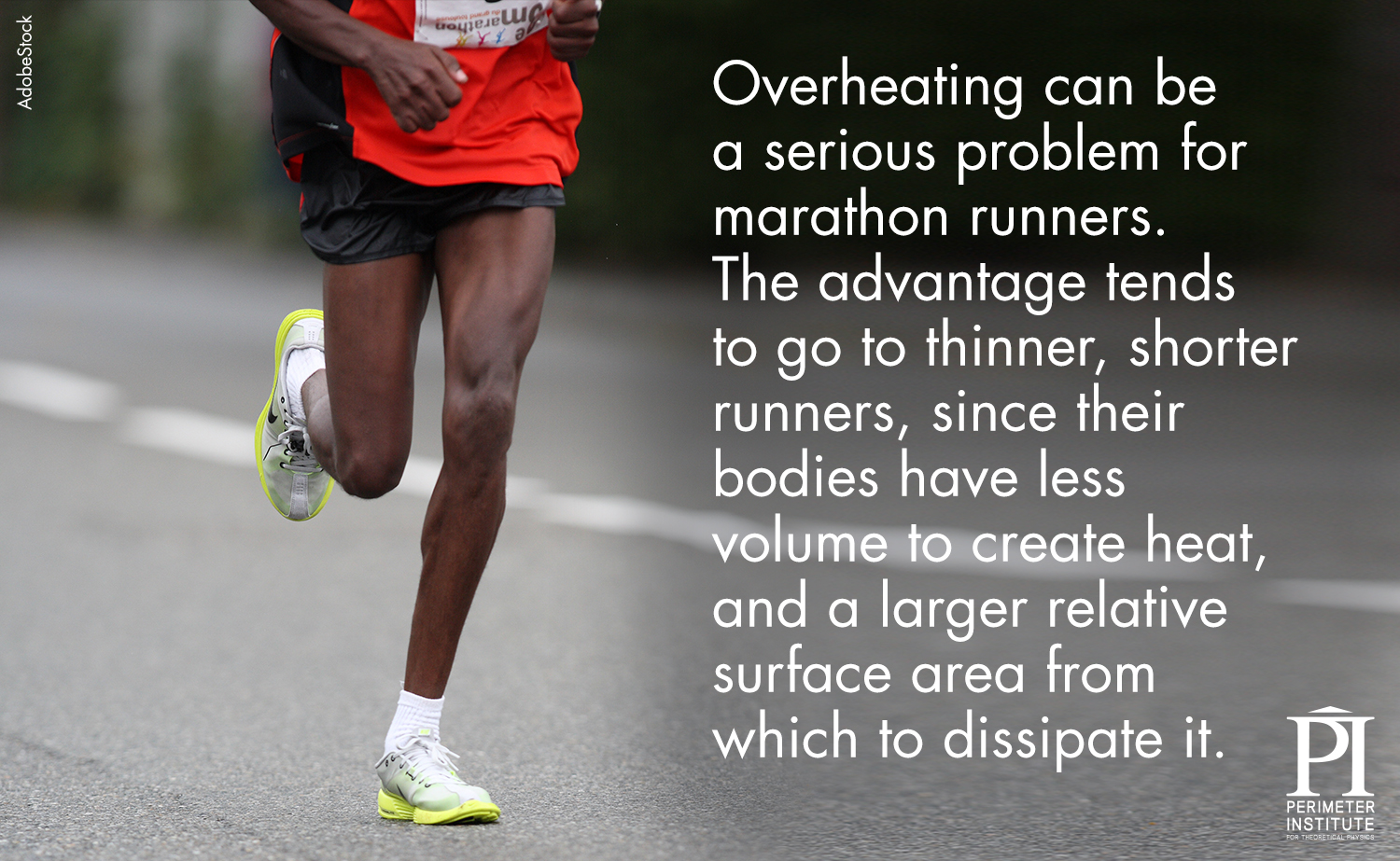 Two Canadians finished in the top 30 of the Olympic marathon this year. Lanni Marchant was 24th, while Eric Gillis was 10th. Both athletes weigh only 48kg and 58kg, proving the point laid out by Perimeter. 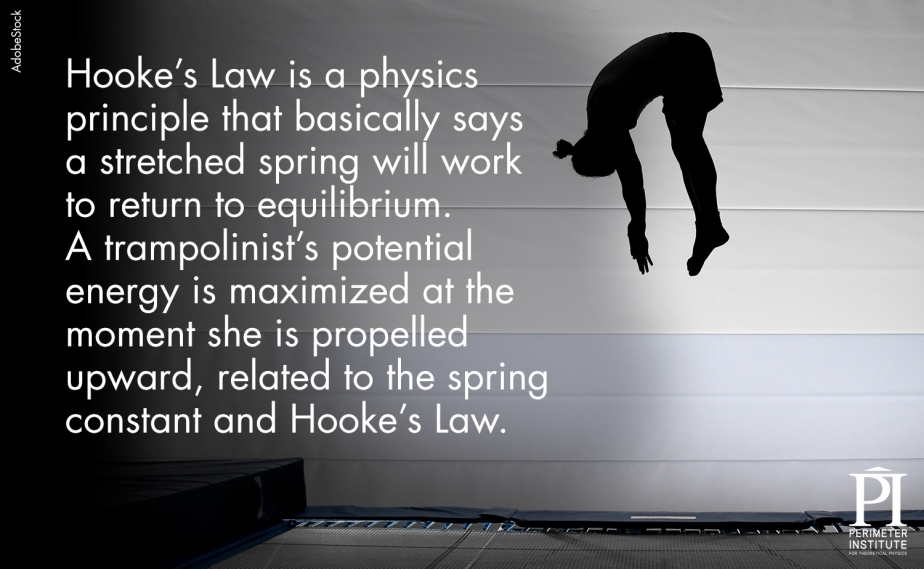 Rosie Maclennan is in a league of her own when it comes to trampoline. Defending her Olympic title from 2012 was a tall order, and she managed to perform. 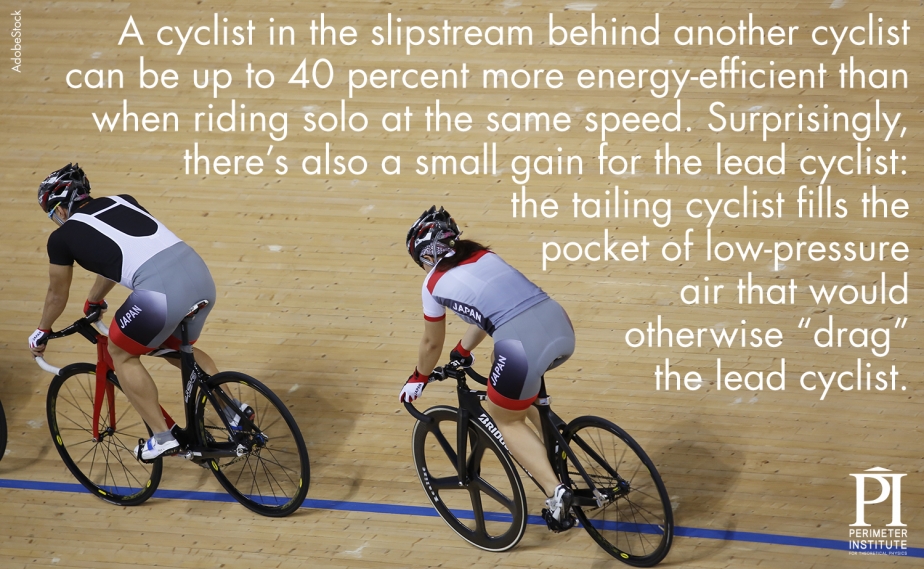 Canada won a bronze in mountain biking, as well as in the women’s team pursuit. Georgia Simmerling, a member of the pursuit team, has competed in three Olympic games in different sports. With a background in alpine skiing and skier cross, she surely understands the science of aerodynamics. 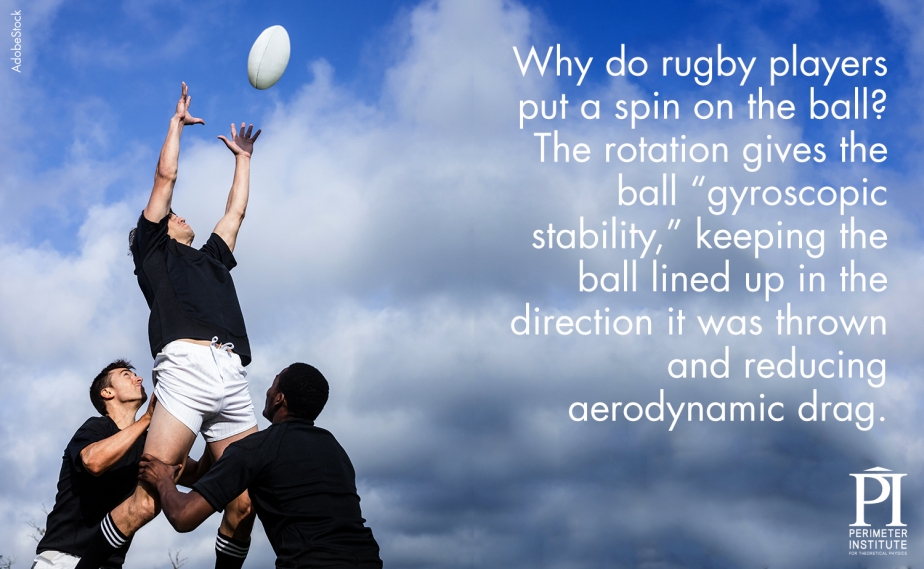 A bronze in rugby sevens for the women’s team proves that Canada can compete on the world stage. With solid ball-handling being a key to their success, the team may be on its way to gold in 2020.

SUBSCRIBE
Previous article
Is the UFC the Netflix of combat sports?