Canada’s IT security professionals are coming around to providing a more open IT scenario in the workplace that would allow employees to use their own devices and access social networks, according to a study released today.

Security administrators interviewed in cities across Canada say that taking a “yes” approach as an organization leads to better security than a “no” mindset, according to the 2013 Telus-Rotman IT Security Study. The philosophy being that when employees on turned down on a request to use their shiny new tablet for work, they just go ahead and do it anyway, circumventing company security policies. This ends up creating more risk for an organization.

Related Blog Post: BYOD is not just about mobile devices

But coupling a “yes” attitude to allowing personal devices behind the firewall must come with creating the right policies and educating workers, security professionals say. Otherwise you could find your company has happy, productive workers, but a breached security perimeter. Having a “no” policy coupled with education and awareness of why decisions are made can work for better security, the security pros agreed, but stifle a company’s potential for innovation. 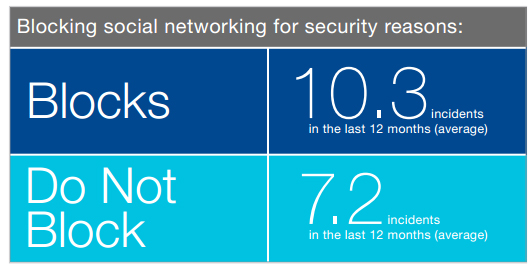 The study authors recommend organizations take the “yes” approach to security, allowing new technologies to be used in the most secure way possible without impeding on convenience too much.

Brian Jacksonhttp://www.itbusiness.ca
Editorial director of IT World Canada. Covering technology as it applies to business users. Multiple COPA award winner and now judge. Paddles a canoe as much as possible.
Previous articleCalgary hack nights put the start back in startup
Next articleNo cheap BlackBerries: Heins