Microsoft is launching a new music service on Tuesday that will be married with its Windows operating system and Xbox gaming console in another bid to take on Apple’s iTunes.

According to our source story from the New York Times,Microsoft is set to launch a service offering access to 30 millionsongs under the brand Xbox Music. It will be free (for now) for accesson the company’s Xbox gaming console and any computers and tabletsrunning the latest version of its Windows software.

Microsoft has a lot riding on this venture. Its Zune music playerdevices and music service were flops and the company eventually stoppedmaking the hardware players. Plus, Microsoft is poised to startshipping its new Windows 8 OS on Oct. 26. Towiden the appeal of XboxMusic, the company plans to release Android and iOS versions of themusic service next year instead of limiting its availability only toMicrosoft devices or those running Microsoft’s OS. 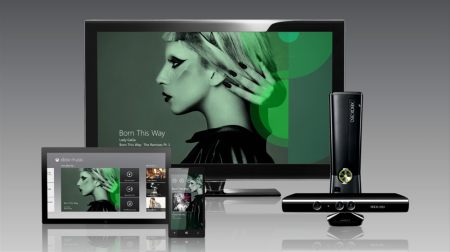 The strategy may just work: although Zune was a failure and WindowsPhone has struggled to catch fire with consumers, 67 million Xboxconsoles have been sold to date. So perhaps the gamble to marry XboxMusic with a Microsoft device that already has huge traction in themarket place will turn out to be a good one.

Christine Wonghttp://www.itbusiness.ca
Christine Wong has been an on-air reporter for a national daily show on Rogers TV and at High Tech TV, a weekly news magazine on CTV's Ottawa affiliate. She was also an associate producer at Report On Business Television (now called BNN) and CBC's The Hour With George Stroumboulopoulos. As an associate producer at Slice TV, she helped launch two national daily talk shows, The Mom Show and Three Takes. Recently, she was a Staff Writer at ITBusiness.ca and is now a freelance contributor.
Previous articleWorld’s biggest hackathon heads to Canada for first time ever
Next articleSymantec sleuths try to nip mobile app, social media risks in the bud