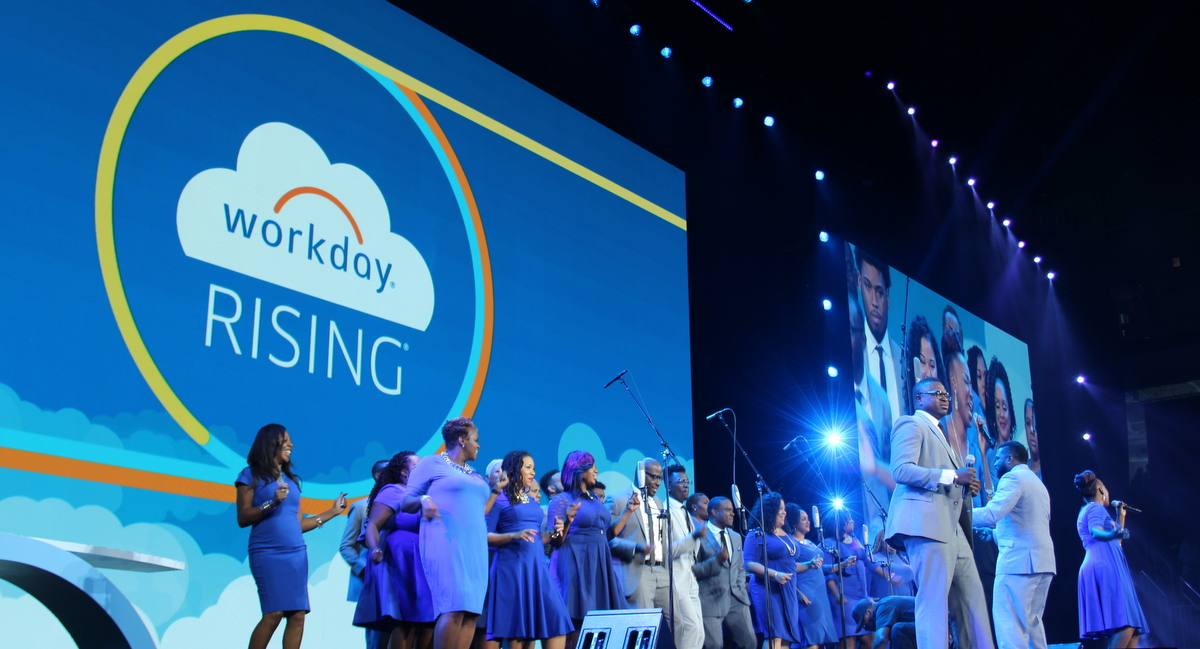 CHICAGO — Software as a Service vendor Workday announced new machine learning capabilities and a new analytics solution for its human capital management (HCM) and financial products at its Workday Rising conference on Tuesday.

Workday Prism Analytics becomes more widely available to customers, the outcome of the Pleasanton, Calif.-based firm’s acquisition of Platfora. The new solution allows customers to pool together data from Workday and other sources to analyze with a suite of tools and algorithms, and visualize them to aid in making business decisions.

Started in 2005, Workday has since grown to more than 1,800 customers of its flagship HCM product. A more recently introduced financial product line has also attracted more than 370 customers. The firm counts many Canadian customers, including Hootsuite, Sun Life Financial, SNC-Lavalin, and Aldo.

Behind the new Prism Analytics software is an architecture that uses a Hadoop database with containers. The in-memory architecture allows realtime crunching of large data sets into business insights. This is possible even if the data is being ported in from outside of Workday datasets.

“That’s really important in banking and in healthcare,” says Dan Beck, senior vice president, technology platform, Workday. “The idea is to let you have a picture of your entire business.”

Prism Analytics is a separate product that has to be bought in addition to other Workday subscriptions, though it integrates throughout the user interface. Pricing for the solution is based on how much data is uploaded for analysis.

But Workday customers should be able to afford it, if the stock portfolio of Dave Duffield, co-founder and chairman of Workday, is any indication. On stage at the opening keynote, he shared that he has invested in 598 customers of Workday. Since 2007, those customers are up 76 per cent, compared to the Dow’s rise of 46 per cent.

Now Workday is looking to upsell that customer base on the new software it’s selling to the market, including financial planning, management, analytics and HCM. All of them offered as cloud services, says Aneel Bhusri, co-founder and CEO of Workday.

“We’re the only vendor in the world that’s trying to go after all these products and bring them into one solution,” he says. “For all those to be put together is no small feat.”

Yet Workday has the advantage over its competitors, Bhusri said, though he left enterprise software vendors Oracle Corp. and SAP AG unnamed. Those “legacy, on-premises vendors” have a strategy of acquiring different technologies and stitching them together, he said. That results in a patchwork of “different data models, different security models, different systems, and different upgrade cycles.”

Workday was the right choice for restaurant chain Denny’s, says its Chief Accounting Officer Jay Gilmore. Adopting the HCM solution in January, and following with the Finacial solution in August, so far the experience has been a grand slam.

“Workday is committed to evolving its product and making promises towards the future,” he says. “All the reports I want to see are at my fingerprints. It’s all in one system.”

Denny’s felt having a unified platform for its business units was important. When it went down the path of exploring those options with some vendors, it found that what was often presented as a unified front was more often an assembly of acquisitions.

“We frequently asked the question ‘are they all part of one platform’ and the answer was ‘not exactly,'” he says.

That platform advantage has Denny’s considering Prism Analytics for its next Workday deployment, Gilmore says.

Workday’s best performance and capability compared to competitors is on the HCM side, says Holger Mueller, a senior analyst at Constellation Research. With its most recent release of the cloud software – Workday 29 – it exposes machine learning to more functions, indicating it could be a differentiator in the future. But before it’s able to do that, it will have to forge a partnership with a hyperscale public cloud provider.

“Right now they sit on an individualized cloud infrastructure that they have to buy and manage,” he says. “It’s much easier to move to AWS or another public cloud partner.”

That would allow them to bring all their customer data together to provide more in-depth machine learning, across different features.

Prism Analytics is expected to be released to general availability in the second half of 2018.

Brian Jacksonhttp://www.itbusiness.ca
Editorial director of IT World Canada. Covering technology as it applies to business users. Multiple COPA award winner and now judge. Paddles a canoe as much as possible.
Previous article
Trump administration has U.S. tech workers researching Ottawa, Toronto, Indeed finds
Next article
Want to reach Gen Z? Start with their phones – and be polite about it, Fluent research concludes