Winery social media manager is ITBusiness fan of the month

Well here’s a toast to our very first ITBusiness Fan of the Month winner, Curtis Sheppard of Whitbourne, Newfoundland.

Curtis was the unanimous choice of the ITBusiness team because his social activity in our Facebook page for this month was simply staggering.

There were days when he even outpaced us in posting content. And his choices of material were very good as well.

Curtis brought to our Facebook page articles on a wide range of tech-related topics from a diverse array of technology publications. For instance, his post from the Globe and Mail tells readers about how Twitter sells users data, his post from Mashable details how technology is being used to locate missing children, another post taken from ca.finance.yahoo.com talks about RIM hiring JP Morgan and RBC to review its business.

Curtis was also very active in commenting on ITBusiness articles posted on Facebook and he even offered one of Facebook friend some tech advice. All in all, it’s the kind of interaction between ITBusiness Facebook friends we would like to see.

“I love reading the articles from IT Business,” Curtis wrote us. “I have been getting the newsletters for a couple of years now.”

Of course Curtis should know. He also happens to be the social media manager of Rodriguez Winery, in Whitbourne. The winery, founded by Dr. Henry Rodriguez and his wife Marie-France, is said to be Newfoundland’s first winery. 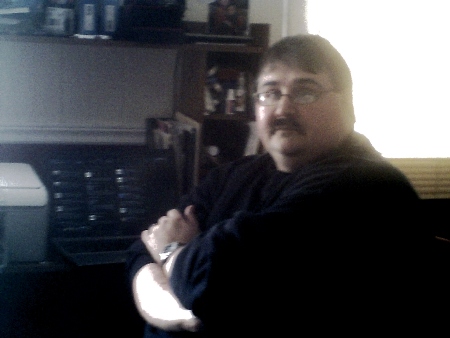 Curtis says he’s really happy to win the BlackBerry PlayBook, although he already uses one at work.

“I give tours in the summer time at the Rodriguez Winery and Senda Nutra (a sister company) facilities. During the times we are off production, I use a BlackBerry PlayBook to show tour groups videos of how our equipment works,” he said.

Curtis also recently got an ebook published on Booktango, an ebook publishing firm. Although knee-deep in tech Curtis’ background is in history and religious studies. “LoL, I once planned on becoming an Anglican minister,” he said.

His plans for the PlayBook, we are sending him? Get it to run Android apps.

“I have noticed some data mining apps that I am eager to try, eagerly awaiting Android apps as well,” Curtis said.

“This summer I plan on using it to take some photos and video, and work on another book that I have been writing for a few years,” he added.

Stay tuned because we’re already checking out who will be the ITBusiness Facebook Fan of the Month for June.