I’ve had a chance to test the HTC 7 Surround for a couple of weeks before Christmas and I found the smartphone’s Windows Phone 7 OS, multimedia integration, and ease of use very impressive.

The HTC 7 is among the first devices that run of Windows Phone 7 to launch in Canada.  Telus is offering the phone for $99 on a three-year promotional plan to customers who activate or renew an existing three-year term with a Clear Choice voice and data plan of $50 or more. Without a contract, the HTC 7 sells for $449.99. 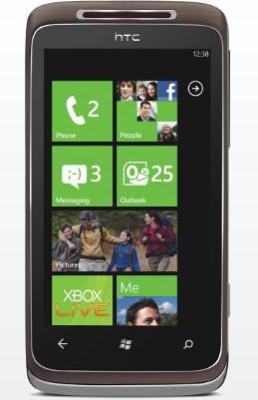 In the time I had with the HTC 7, I grew to enjoy its dual personality. The phone’s quick interface with Microsoft tools such as Outlook, Office, and PowerPoint make an ideal companion for the mobile worker. On the flipside, the HTC 7’s Facebook and Twitter integration and its Xbox Live and Zune connectivity cater to those downtime moments when you just wanna have fun.

It’s hard to miss the similarities the HTC 7 has with Apple’s hugely popular smartphone.

The HTC 7’s fluid lines, flat wide screen and touch screen interface are reminiscent of the iPhone. However, a few physical aspects and the Windows Phone 7 OS make it distinct from the iPhone.

Users control the phone via very large and responsive touch screen and three touch-sensitive buttons at the bottom of the HTC 7 and a Windows home button.

The home screen consists of tiles of that show applications you might want available for quick access such as email, upcoming appointments, notes, Facebook updates, contacts and the phone touchpad. 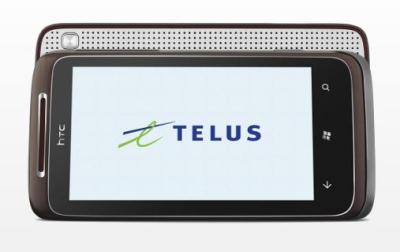 Swipe left or right and up or down to locate other apps. Tap on a tile and it opens up. Swipe left and right to browse for updates on your social media sites.

One of the main features of the HTC 7 Surround is its speaker bar that slides out to deliver “virtual surround sound” with Dolby Mobile and SRS WOW HD features. The speaker comes with a toggle button which allows users to boost sound levels.

It baffles me to think that Apple failed to design a built-in stand on its iPad that would have made viewing videos easier for users. On the other hand the much smaller HTC 7, with which users might have very little reason to stand on a desk, has a very well designed retractable stand.

The HTC 7 has a 3.8 inch LCD screen with 480 x 800 resolution that works well even in direct sunlight although not as great at Samsung’s Super AMOLED screen.

The phone has a 5 MP camera that takes clear pictures as is capable of 720p video recording.

Users need to activate a Microsoft Live account (available for free) in order to sync emails and contacts with Outlook. HTC 7 users are also able to open up and edit other content such as Office, Excel and PowerPoint documents.

The sound from the Surround slider may be powerful but I didn’t find the quality all that exceptional.

You can position the phone on your desk with the stand, but the phone screen remains in portrait mode while the device sits horizontally on the desk. The screen, however, shifts to landscape mode when Zune tunes are being played.

Overall all, however, I found the HTC 7 Surround a sound way of introducing Windows Phone 7 into the Canadian market. It’s a solid multimedia phone with both useful business and consumer features. With the development of more applications I see it as a viable competition to the iPhone, Android phones and BlackBerry.