Today’s social media stars have nearly as much influence on the consumers who follow them as friends do, a new survey by Twitter, Inc. and marketing research firm Annalect has found.

“We see that here all the time,” Gagliese tells ITBusiness.ca. “Many influencers are trusted as friends. People look up to them, and they have an impact on their audience that’s like a word-of-mouth relationship.”

To conduct the study, Twitter and Annalect first surveyed more than 300 respondents to compare the impact of brand influencers, traditional advertisements including digital, and word of mouth, before conducting an online experiment in which more than 500 users were exposed to digital advertising, promoted brand tweets, and influencer tweets. Researchers measured such metrics as awareness, favourability, and purchase intent along the way.

In addition to learning that social media stars rivaled friends in their ability to build consumer trust, Twitter and Annelect found that recommendations from influencers were more likely to go viral, with 20 per cent of respondents saying an influencer’s tweet would inspire them to share a product recommendation.

While the largest followings, unsurprisingly, are still amassed by traditional influencers such as actors, athletes, and musicians, with more than half of Twitter users following actors and musicians, Twitter and Annalect found that age played a key role in predicting which influencers consumers related best to. People 45 years old and up followed a wider range of influencers but preferred household names, while millennials preferred what Twitter calls “handheld names” such as Vine creators, they said.

Gagliese says the handheld names’ level of influence is consistent with the reactions he has seen to his clients’ efforts during the past two years, as endorsements have shifted from organic content with a brand name in the background to outright suggestions – a result of the personal relationships influencers often build with their followers, he says.

“I just signed a 50-year-old lady who has transformed her life through fitness and health, and her following is all women ages 25 to 55 who aspire to be like her,” Gagliese says. “We’re doing a campaign right now for an organic cookie company where we’re working with a lot of mothers who have reach over these great demos that fit their product. We work for GoPro, with kids who create really cool social content in terms of special effects.”

When selecting influencers to work with, Gagliese says that Viral Nation looks at several factors, including a social media personality’s cross-platform numbers, their brandability (influencers whose feed histories aren’t rated PG have no chance whatsoever with the largest brands such as McDonalds and Coca-Cola, he says), and – most importantly – engagement.

“A lot of our smaller influencers who we really didn’t have high hopes for in terms of growth are the ones that are doing the best for brands,” Gagliese admits.

It’s worth mentioning that whether household or handheld, Twitter and Annalect found that influencers are best used to augment, rather than replace, traditional advertising, including digital and social media: for example, 40 per cent of respondents to their survey said that they followed brands on Twitter, with 60 per cent of those respondents adding that they followed brands to learn about products rather than influencers, whom they primarily followed for entertainment.

This observation, too, matches Gagliese’s experience.

“Influencers used to be a smash-and-grab marketing tool – let’s hit this audience as hard as we can, as fast as we can,” he says. “Now we do things like building these beautiful stories around brands, creating something that they can reuse in terms of content for their own social channels.”

For example, Vine creator Robby Ayala created a video showing HP laptops doing things his laptop couldn’t – like turn into a tablet. His stunt earned him – and HP – more than 22,000 retweets.

So I found out today not all laptops can turn into a tablet @HP #BendTheRules https://t.co/QqMWwRjzXY

HP was hardly the first major tech brand to partner with a social media star and, Gagliese says, it won’t be the last.

“We’re talking to major brands like Microsoft about doing year-long endorsement programs with some of the biggest influencers,” he says. “Their content is so loveable that the brands are finding when they run paid media with their content, it’s resonating more.”

Twitter and Annelect released an infographic of their survey’s findings, which you can check out below (click for the full version). 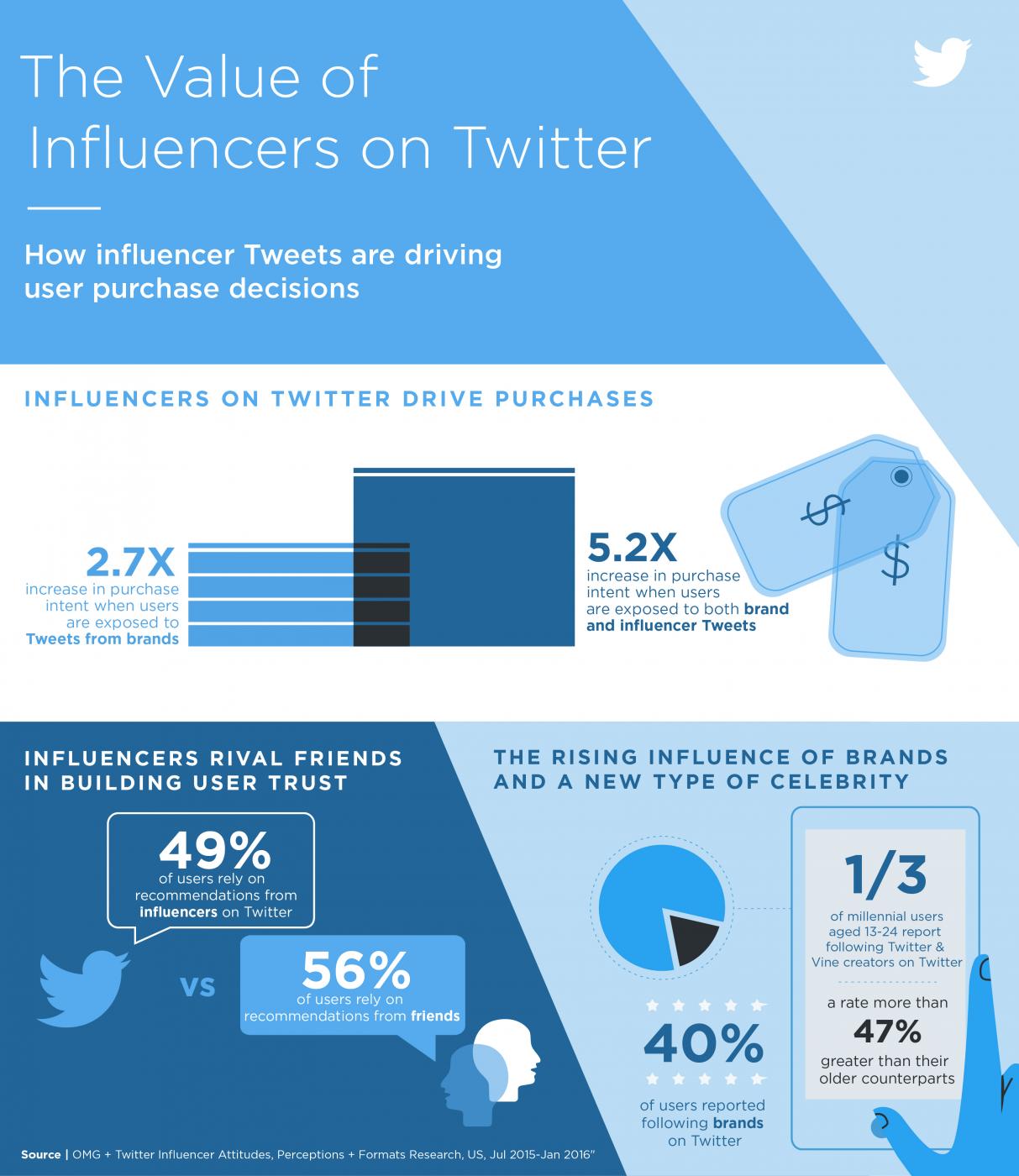 Eric Emin Wood
Former editor of ITBusiness.ca turned consultant with public relations firm Porter Novelli. When not writing for the tech industry enjoys photography, movies, travelling, the Oxford comma, and will talk your ear off about animation if you give him an opening.
Previous articleAdobe adds video support, location data to Marketing Cloud
Next articlePlenty for Canadian businesses to like among NetSuite partners at SuiteWorld 2016