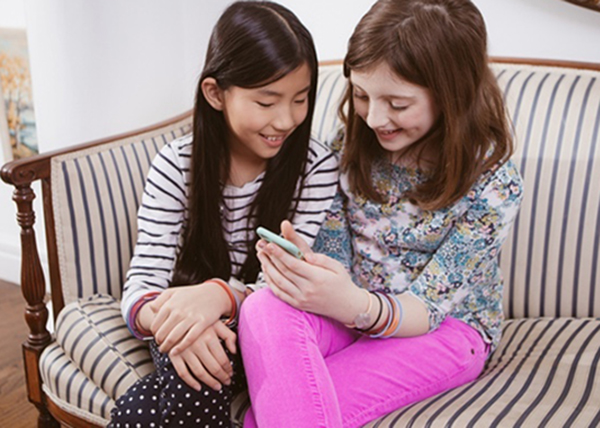 The future of the technology industry is in the hands of tween girls, according to the founders of Jewelbots, a new startup that is part IT hardware, part jewelry. With the launch of their Kickstarter campaign this month, they aim to train the prospective coders of the world with a new open-source friendship bracelet.

While many young girls show an initial interest in the STEM areas (Science, Technology, Engineering, Math,) few choose to pursue careers or education opportunities relating to them. The number of women in the IT industry is staggeringly low, and the number pursuing computer science degrees has actually dropped since the mid-’80s. According to the National Center for Women & Information Technology, women made up just 26 per cent of the computing workforce in 2013.

“It doesn’t really translate to [young girls] that it can become a career,” says Brooke Morelander, co-founder of Jewelbots. “Having a deeper interest in technology to learn how things actually work can be really cool and fulfilling.”

Jewelbots are bracelets that feature a large bauble with a spiral design. It contains LED lights that can fire off in various sequences, or it can vibrate. The first step is to pair the device with an app on a smartphone. Girls can modify the behaviour of the Jewelbot using the app to play with a few basic settings. Jewelbots can also interact with each other via Bluetooth.

After they get comfortable with the basics, the true coding potential is unlocked. Girls can then start to modify their bracelet’s functions using the Arduino IDE. The Jewelbots website will provide tutorials and snippets of code that users can tinker with.

The success of their crowdfunding campaign indicates the founders are receiving more support for their product than even they anticipated. In just a few days, Jewelbots has raised close to $85,000 and nearly tripled their pledged goal of $30,000.

Related
‘Thanks Mom’: Stories from 12 successful women in tech

Further down the line, Morelander sees Jewelbots diversifying to make this kind of coding accessible for a broader range of people. “I think in the future we’ll have products for different groups of people with different uses,” she says.

“Our most important goal is to change people’s perception of whom technology is for,” explains Morelander. “We want girls to be just as represented as guys are in the computer science field.”

While it may be disguised as a tween obsession, Morelander hopes the Jewelbot will inspire many young girls to pursue a career in technology. Jewelbot’s crowdfunding campaign wraps up this August, and its products are expected to deliver in 2016.

Jackie Atkins
Jackie Atkins is a competitive alpine skier, student and aspiring writer who primarily contributes stories about the intersection between technology and sports to ITBusiness.ca.
Previous articleKindle Paperwhite review: good hardware with risk of surprise battery drainage
Next articleThree ways to drive more value from your inbound calls