Who needs human workers at airports anymore? Not South Korea

In order to prepare for the PyeongChang Olympic Winter Games next year in South Korea, LG is testing two different robots in the country’s largest airport, Seoul’s Incheon International Airport.

The Airport Guide Robots and the Airport Cleaning Robots can now be seen roaming around the South Korean airport doing exactly as their names suggest in order to assist passengers arriving or departing Seoul. LG showed off both robots earlier this year at CES.

The Guide Robot understands four different languages – Korean, English, Chinese, and Japanese – the four most heard languages at the Incheon International Airport. The robots can then connect to the airport’s central server to provide information regarding boarding time and the locations of various restaurants, shops, etc.

And this goes one step forward, if a Guide Robot scans a boarding pass, it can escort a late or lost passenger to the correct gate. However, the speed of which this robot can move is unknown, so it may not be the best guide if it moves at a walking pace and you are late for your flight. 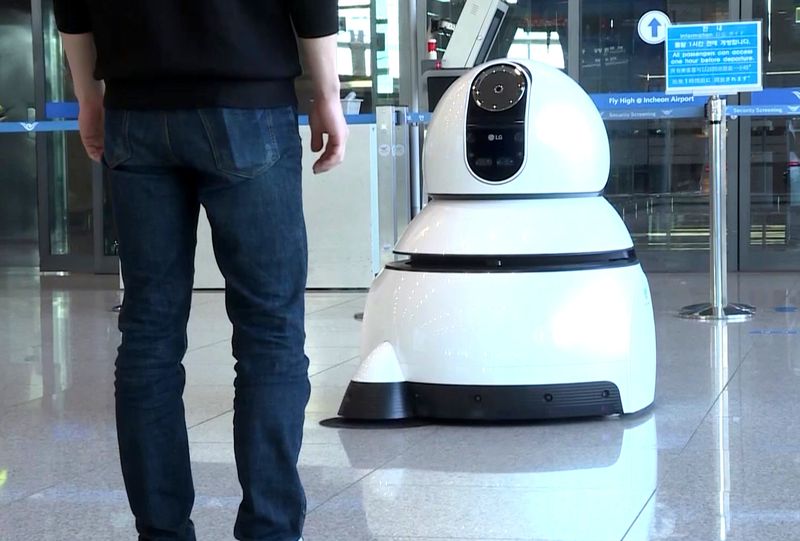 Likewise, the Cleaning Robot is basically a souped-up Roomba. It has the autonomous navigation and object-avoidance capability of LG’s HOM-BOT, but applies it towards a public setting. The Cleaning Bot can also detect areas that need most cleaning and store those locations in its database.

Passengers through the Seoul airport would have witnessed these robots over the last few months as LG engineers were fine tuning the bots before putting them out enmasse.

So if you are one of the airport’s yearly 57 million travellers, or plan on attending the Winter Olympics next year, be sure to check out these roaming robots.

Alex Raduhttp://www.computerdealernews.com
is a Video Producer for IT World Canada. When not writing or making videos about the tech industry, you can find him reading, watching TV/movies, or watching the Lakers rebuild with one eye open.
Previous articleProcess Fusion can convert your paper documents into searchable digital files
Next articleHow Halifax-based Home Except won AARP’s innovation award