What happens once the acquisition honeymoon is over?

It’s a pretty safe bet that the founders of Instagram aren’t exactly slumming it since selling their photo app startup to Facebook for a billion bucks. They’re the new poster boys for startup success.

Acquisitions aren’t all sunshine and rainbows, though. Sometimes they just don’t work out the way everyone planned. Latest case in point: less than two months after startup Omgpop was bought by Zynga for $200 million in March, the user base for its Draw Something game plummeted by 5 million players, Zynga’s stock lost half its value on the Nasdaq, and former Omgpop developer Shay Pierce blasted Zynga in a blog, saying he’d rather be jobless than join an “evil” (his word, notours) company like Zynga. 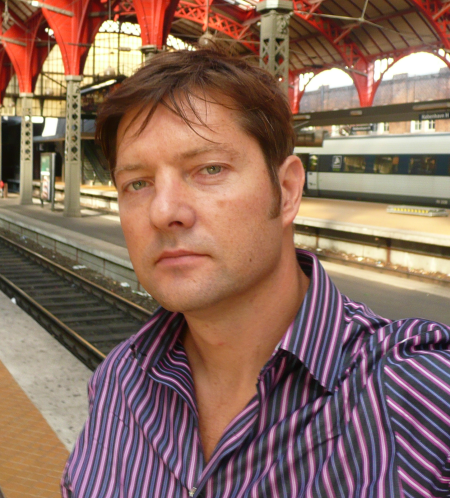 The first months after a startup is acquired can feel like a political minefield, warns Ayoudo founderMichael Tippett.

Ouch. That’s obviously an extreme example, but it’s still a good ideafor startups to think about potential pitfalls before going into anacquisition. Getting that kind of startup-seller-beware insight isalmost impossible, though, and there’s a good reason why:  alittle thing called a non-disclosure agreement, which legally bindsalmost all startup founders to a code ofsilence once they sign thoseacquisition papers.

It’s partly why Vancouver entrepreneur Michael Tippett is super carefultalking about his own insights into life after acquisition. He makes itvery clear he’s speaking about the issue in broad terms, based on hislong experience within the startup ecosystem as a founder, investor andmentor – not specifically his own experience after the sale of hisstartups Afternic (to Register.com in 2001 for $60 million)and NowPublic (bought by Examiner.com in 2009 for an undisclosed sum).

After those deals closed, Tippett stayed on working for bothRegister.com (moving to New York in that case) and Examiner.com for atleast a year. He recently launched Ayoudo, a location-based socialmedia site where users can post whatever help they need, andconnect with others offering their services.

The first thing to be aware of after your startup is acquired is thatsize matters, big time. Startups are smaller, nimbler and more focusedthan bigger firms, so they typically can outperform them in terms offinishing projects and getting results quickly, Tippett says.

“It’s like having Michael Jordan playing for your high school team.(Startups) can do things quickly and don’t have a lot of bureaucraticstuff around them. When you enter that (corporate) environment, it’s apolitical exercise to make sure you’re not making people look bad, thata cowboy attitude versus a more corporate attitude doesn’t rub peoplethe wrong way,” Tippett says.

The differences between corporate culture and the startupmentality don’t end there, he adds.

“(A startup) is generally more attuned to the market place because youhave to be, so you understand the customer better than a manager in alarger organization. So typically, startups acquired know the marketplace better than the parent company in a lot of cases.”

When these sorts of differences become glaringly obvious, somesurprising dynamics can come into play. As a startup, you competed withother businesses in your niche; but as an acquired startup, you mayjust end up feeling competitive pressure from colleagues within yournew corporate home.

“You do have to integrate and it’s a matter of dealing with people whomight want to sabotage the operation and prevent it from beingsuccessful. So you need to be mindful of that,” Tippett warns.

Surprising advice, given that in theory, an acquisition is supposed tobedesigned so both the startup and their buyer can succeed.  Inreality, however, existing members of your new corporate family mayfeel threatened by you as the new kid on the block.

Tippett points out there are many successful acquisitions that go justswimmingly. But no matter how much you learned about your new corporatespouse on yourfirst few dates (ie, during due diligence for the acquisition deal),living together and planning a future together take time and hard work.There are the initial housekeeping issues to sort out, with thestartup’s business practices being integrated into the buyer’saccounting, IT, human resource andother departments. After that,though, a lot of it is more personal than business, Tippett says.
“It requires that you really understand the human dimension as well asthe business dimension,” he says.

Think about more than just money
“Lots of times, Canadian startups are not as sophisticated as theyshould be in thinking about that (acquisition) process,” says ChrisAlbinson, a co-founder and managing director of Panorama Capital inMenlo Park, Calif. who hails from Kingston, Ont.

Albinson’s been around the acquisition block before. He was chiefstrategy officer at Digital Island, a startup bought by Cable &Wireless in 2001, and also led a $217-million venture fund that invested in27 companies, many of which were acquired by giants such as CiscoSystems and Nortel Networks. He urges Canadian startups to look beyondjust the dollars being offered on the table when buyers come courting.

“Don’t say yes to the first person who asks you to the dance. Try tounderstand their motivation…the guy who has the biggest problem islikely to pay the biggest price. Think through who might be motivatedand why. Stay focused on building your business first and foremost,”says Albinson, also co-founder of the C100, a group of Canadian expatsin California working to help Canuck startups get traction andfinancing in Silicon Valley.

Does Albinson advise Canadian tech startups to automatically move theiroffices south if they’re being acquired by U.S. firms? These days,fewer of them have to, he points out.

“You look at the companies IBM, Zynga, and Salesforce have bought inCanada. They’re all staying in Canada and they’re growing,” he says.

All of the Canadian firms bought by those three giants – Q1 Labs andRadian6 of New Brunswick were acquired by IBM and Salesforce.comrespectively, while Zynga bought Toronto’s Five Mobile– are maintainingtheir bases north of the border. It quells some, but not all, of theolder fears that foreign acquisitions would strip Canada of its techtalent and hurt our long term future in IT innovation. Albinsonbelieves the red hot acquisition market for Canadian startups isactually great for the country no matter how you look at it.

“I hate the idea of a brain drain. It’s just the stupidest conceptever,” Albinson says. “These are great companies growing quickly thatare bringing knowledge and innovation into the Canadian technologyscene when the old engines of Nortel and RIM (Research in Motion) aregone. That’s really healthy and important.”

Tippett and Albinson certainly don’t consider themselves to be part ofany brain drain of tech talent to the U.S.  Sure, they’reCandians who sold startups to foreign buyers. But they also moved on tofound, fund and mentor another generation of Canadian startups. Besideslaunching Ayoudo, Tippett was executive director of Vancouver’s GrowLabs wherehe’s still a mentor; aside from the C100, Albinson sits on the board ofseveral startups, including recent Ericsson acquisition BelAir Networksof Ottawa.

“$2.4 billion has gone back into Canada in technology exits in the last15 months,” Albinson says. “That money’s going back into the hands ofCanadian tech entrepreneurs. They’re gonna do another startup, it mightbe three or six months from now, and now they’re gonna be smarter fromit and better funded for it. And they’ll do it bigger.”

Christine Wonghttp://www.itbusiness.ca
Christine Wong has been an on-air reporter for a national daily show on Rogers TV and at High Tech TV, a weekly news magazine on CTV's Ottawa affiliate. She was also an associate producer at Report On Business Television (now called BNN) and CBC's The Hour With George Stroumboulopoulos. As an associate producer at Slice TV, she helped launch two national daily talk shows, The Mom Show and Three Takes. Recently, she was a Staff Writer at ITBusiness.ca and is now a freelance contributor.
Previous article
Startup news round-up: May 29, 2012
Next article
Uninstall a hard-to-remove piece of software