During his presentation at the O’Reilly Gov 2.0 Expo, being held this week in Washington, D.C., Berners-Lee held up a bag of Utz Kettle Classics Crunchy Potato to help explain linked open data, a concept that he says makes data on the Web easily processed by other sites and services.

For the past year, Berners-Lee has been espousing the idea of linked open data, positing it as the next evolutionary step for the Web. The concept has thus far failed to catch on as quickly as the original Web though, hindered possibly by its abstract nature.

Hence the bag of chips. 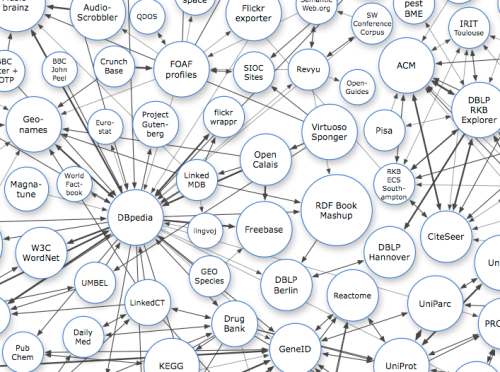 The outside of the bag contains different sets of information, each using a different vocabulary and coming from a different source, Berners-Lee explained.

The front of the package displays the name of the brand and the company’s own marketing claim that the chips are crunchy. The back of the package has nutritional information, such as calories and vitamins, defined by terms generated by the U.S. Food and Drug Administration (FDA). Finally, there is a Universal Product Code (UPC) bar code on the bottom of the package, which is not understood by humans at all but rather is recognized by scanning machines globally as the moniker for the item.

In other words, this single package of information actually is a collection of data and attributes that have been developed by multiple parties, not just Utz.

And much like the FDA and the UPC can help Utz describe its chips, so too can open linked data be used to aid in developing new applications, as well as allow the content itself to be used in new ways. The benefit that open linked data has for content creators is that they do not have to go through a laborious process to decide on which terms to use to describe the data, Berners-Lee said. “Instead, with linked data you can cherry-pick different sets of terms from vocabularies that already exist,” he said.

“Linked data is data you can click on. It will take you to another data set,” further explained John Sheridan of the U.K.’s National Archives Information Policy and Services Directorate, during another session on the same topic later in the day. “With linked data, you have the ability to connect datasets up.”

Sheridan provided an example of how this would work. A site called Research Funding Exploreris a time-lapse map that shows where geographically government investments are being made in Britain, alongside where patents have been issued. The site uses linked data to draw in data from five government sources.