Have you been eyeing that gorgeous 3D television lately?

You may want to put the brakes on your desire to have exotic aliens and super heroes zoom into your living room.

A warning issued by one of the leading 3D TV manufacturers may indicate the technology isn’t yet ready for family prime time.

Less than a month following the roll out of its 3D TV, Samsung Electronics in Australia states on its Web site that some viewers may experience more than just awesome visual effects.

Here’s something that will definitely be a bummer for kids: Children and teenagers may be more susceptible to health issues associated with viewing in 3D and should be closely supervised, according to Samsung.

Under the heading Photosensitive Seizure Warning and Other health Risks, Samsung has this to say: “Some viewers may experience an epileptic seizure or stroke when exposed to certain flashing images or lights contained in certain television pictures or video games”. 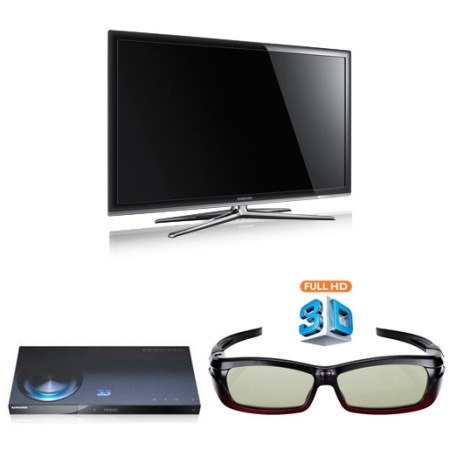 “Pregnant women, elderly, sufferers of serious medical conditions, those who are sleep deprived or under the influence of alcohol should avoid utilizing the unit’s 3D functionality,” the notice added.

For a manufacturer to admit this degree of risk right after a product release indicates that the technology is “not quite there yet,” according to Carmi Levy, a Canada-based independent technology analyst.

Clearly, Samsung’s lawyers were involved in drafting the warning said Levy but he remarked that a better strategy would have been to refrain from marketing the product until it was thoroughly tested.

“The warning implies that 3D TV technology is not yet ready for family prime time.”

Quite apart from the health issues, Levy said, 3D TV technology is still hampered by a prohibitive price tag.

“Anything that requires you to use a pair of high-tech $250 glasses that act like virtual shutters in concert with the screen is way over the top for the average consumer,” he said.

Robert Gumiela, Samsung Canada’s marketing director said studies on the long term effects of watching 3D television and on the effects of using Samsung’s active 3D glasses, which accompany the product, have been going on for about a year.

He said the glasses “shutter on and off.” “We’re not sure how you react to shuttering, but we’re issuing this warning: Be very careful. If you start to feel dizzy, stop watching.”

Samsung has been consulting and testing side effects with optometry associations in Japan, Korea and the U.S., Gumiela added.

“Concerns such as these have always accompanied the release of new technology,” he said. “We had this when colour TVs first came around and when microwave ovens were introduced,”

He said the adverse effects of 3D viewing recently resurfaced when many viewers complained of dizziness after watching the blockbuster 3D hit movie Avatar.

Years before that, viewers also complained of feeling nauseous and disoriented after watching the Blair Witch Project which was shot using a handheld camera, he said.

“We came out with the warning as an added precaution for our customers.”

Local optometrists say 3D technologies tend to push the eyes to limits beyond which the organ was designed to handle.

Young children are especially prone to eye muscle strain due to fatigue after 3D viewing because their visual systems are not yet fully developed. Headaches, discomfort and disorientation are common symptoms.

“The best thing to do if you experience any discomfort is to take a break and rest a bit or consult a doctor if symptoms persist,” said Gumiela.