A lot of celebrities are making red carpet appearances at the Toronto International Film Festival (TIFF) this week, and so is a new method of contactless payments thanks to a collaboration between Ingenico Group and Visa Inc.

Ensconced in a Visa-branded enclosure inside the festival’s pedestrian-only zone, the six-foot tall Visa Connected Screen is collecting donations in $2 or $5 increments for the TIFF Pocket Fund, an organization that provides funding for young people that want to access TIFF’s educational programming. The unit is the first of its kind in North America, and the second instance of a Connected Screen deployment in the world – following a pilot in France, where Ingenico is headquartered.

Payments are accepted from any Visa payWave-enabled credit card or smartphone authenticated with a Visa card. TIFF is the perfect place to demo the technology, say organizers. 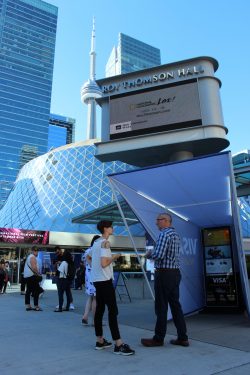 “We wanted to shine an international spotlight on it because it’s capable of accepting all international Visa cards,” says Chris Tyghe, vice-president of strategic development at Ingenico Canada. “We thought it would be awesome to align the stars and unveil it here.”

Visa is a headline sponsor of TIFF for the 20th straight year, and it was using the opportunity as a way to highlight where it sees the future of payments technology going. Contactless payments have hit full speed in Canada, according to Visa, with 21 payWave transactions taking place every second. Visa points to Ingenico’s Connected Screen as an example of how the Internet of Things trend will see contactless payments capability embedded in more devices.

“Most of the time digital signage is about product awareness. This actually allows you purchase,” says  Derek Colfer, head of innovation and digital technology for Visa Canada.

While demo organizers couldn’t provide a timeline for seeing these payments-enabled displays ubiquitous in the market, and Ingenico says pricing for interested merchants is still to be determined, a couple examples of use-case scenarios were offered. In South Korea, commuters can tap their smartphones to a display to pay for groceries that are later delivered to their doorstep, Colfer says. In France, fully-serviced camp grounds offer guests the opportunity to buy firewood and even groceries from digital signage in a central location, delivering the items to the camp site later, Tyghe says.

Colfer also points out that charities that rely on spare change donations in crowded locations may want to tap into this solution, as fewer people carry around cash these days.

“A lot of time you just don’t have cash in your pocket,” he says. “This is a great bridge technology that allows people to give when they wouldn’t have otherwise.”

Ingenico says that while the TIFF display is showcasing Visa’s payments network, it will work with anyone interested in the technology. Tyghe says Ingenico is in talks with others at the moment. 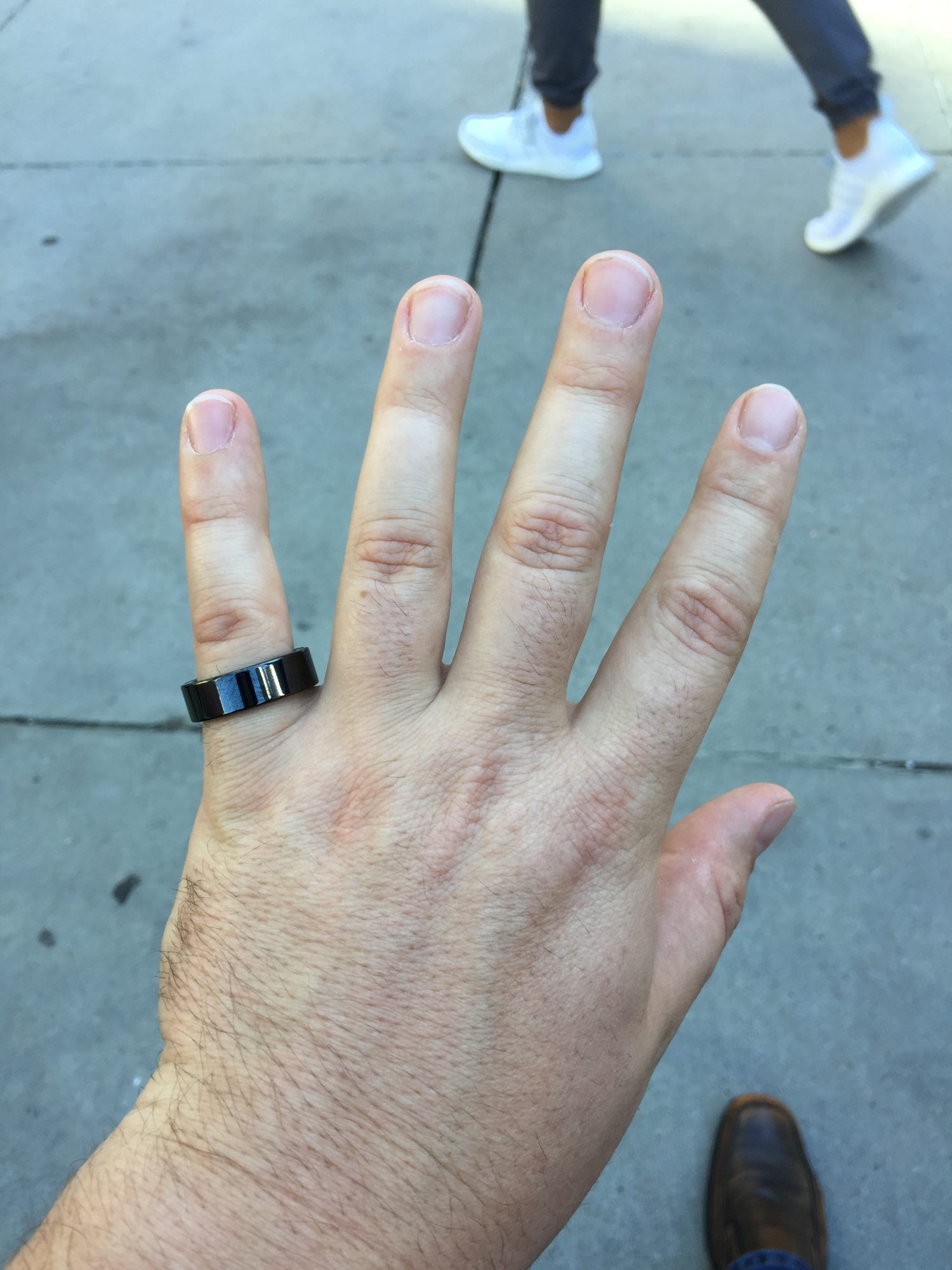 Also on display at the Visa display area are its payments-enabled ring. The device was used by Olympic athletes competing in Brazil to complete transactions in the Olympic village. 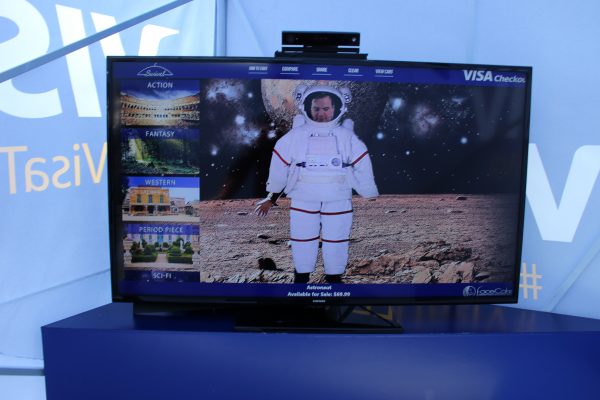