QuickMobile, a Vancouver-based mobile solution provider for the meetings and events market, has raised $3.3 million in a financing round led by the BDC IT Venture Fund.

In a news release, QuickMobile said the deal also featured “additionalcontributions from Vancity (Canada’s biggest credit union) and angelinvestors.” The firm will use the funding to expand internationally,boost its marketing and infrastructure, and speed up the developmentand launch of new products.

Last year QuickMobile raised $2.6 million in equity investments fromangels and Vancity. The company said in September that it’s on trackfor 400 per cent growth and that downloads of its custom meeting appssurpassed one million in early 2012. 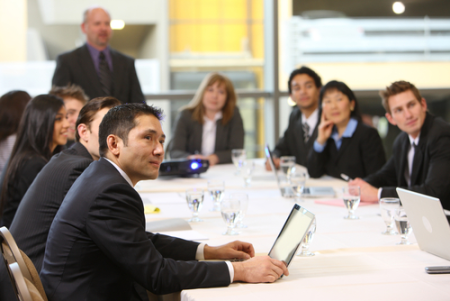 QuickMobile caters to the demandfor mobile solutions in the meetings and events sector. (Photo: Shutterstock)

It’s been a busy year for QuickMobile: it just hired its one hundredthemployee, expanded its Vancouver headquarters and has added 15 newreseller and referral partners so far in 2012.

Christine Wonghttp://www.itbusiness.ca
Christine Wong has been an on-air reporter for a national daily show on Rogers TV and at High Tech TV, a weekly news magazine on CTV's Ottawa affiliate. She was also an associate producer at Report On Business Television (now called BNN) and CBC's The Hour With George Stroumboulopoulos. As an associate producer at Slice TV, she helped launch two national daily talk shows, The Mom Show and Three Takes. Recently, she was a Staff Writer at ITBusiness.ca and is now a freelance contributor.
Previous articleOttawa’s jBilling snapped up by AppDirect
Next articleMicrosoft’s Windows phone on shaky ground: UBS survey