PwC Canada has unveiled the beta version of its interactive map of tech companies in British Columbia.

The 2012B.C. Techmap is an update of the last map published in 2003,which wasn’t even interactive back then (is it hard to believe 2003 wasalmost a decade ago?). The new one allows users to click intoindividual companies listed on the map and also search for firms basedon name and industry sector.

According to an earlier blog posting on the Vancouver Sun site,thelatest incarnation of the techmap includes 1,400 tech firms, nearlydouble the 942 included in 2003’s map. There were only 410 techcompanies in the original map created back in 1997. B.C.’s tech rootsrun deep: one of the oldest companies on the new map is Telus (formerlyBC Tel) which dates all the way back to 1891. 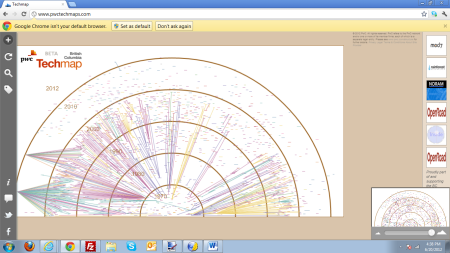 The 2012 B.C. Techmap includes1,400 companies as well as tech-related educational and research bodies.

Based on a quick visit to the map site today, it still appears to be awork in progress (hence the beta status) so you can contact PwC here ifyou want to get your firm added to the map.

How managers and business owners can cultivate emotional intelligence at work