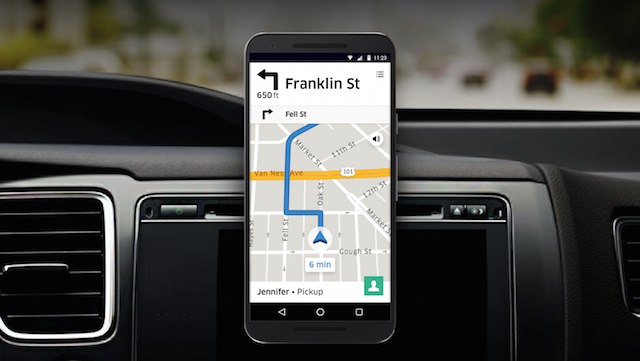 Businesses should focus on using deep learning technology to help their employees, not replace them, a top Uber executive said Tuesday.

In the opening keynote of the Big Data Toronto conference, however, Luming Wang of Uber Technologies Inc. said companies should aim their earliest AI efforts at assisting employees so they can do their jobs better.

“Try to help people – not just replace people – in the beginning. Because once you set the goal too high, then your (potential) failure is high, too,” said Luming Wang, head of deep learning at San Francisco-based Uber.

Though it’s tempting to view deep learning, machine learning and other AI tools as instruments for slashing head count, Wang said companies must harness the technology to improve their overall performance.

“You try to minimize cost while still reaching the goal as closely as possible,” said Wang. “A common mistake is using a non-business related goal.”

One such non-business goal, he said, is building a predictive model that’s 100 per cent accurate.

“But (your) customer doesn’t care about that,” he said. “Customers won’t ask for machine learning specifically. They just ask for better products and better service.”

What can businesses use AI for, exactly? Here’s Wang’s advice for setting business-oriented AI goals, plus his other tips for adopting deep learning and machine learning tools in your organization.

Figure out what you really want to do before you deploy AI. For example, Wang put up a list of specific ways that machine learning can be applied in a business: churn prediction, product recommendation, budget optimization, ETA (at Uber, estimating when a hired car will arrive at a customer’s door is obviously a big deal), sales prediction and pricing models.

On the other hand, if your company needs to process a lot of image or sound data, then deep learning is probably a better option than machine learning, he said.

Don’t aim too high with a make-it-or-break-it project too early in the game.

“Start with small data and then you go big. Build your success on milestones and not all on one shot,” Wang suggested.

In fact, he said, there’s no need to go bigger if the small approach does the trick: “It’s only when a simple algorithm doesn’t meet your business goals that you want to apply deeper learning.”

Centralize and integrate your data

Try to store data in a centralized way to simplify control and oversight of the entire AI process.

“Take your most important data and put it in one place and then all your machine learning can leverage this data,” Wang advised. “So (at Uber) we process that data only once and store it in a central place to guarantee its quality … and get consistent data all the time.”

Similarly, Wang recommends integrating your machine learning platform with your A/B testing because it leads to better risk management and speeds up your innovation dramatically.

“You have to understand the limitations and ask questions” before adding any type of AI to your toolkit, Wang said.

Using deep learning (DL) as an example, he cited some potential downsides to be aware of: DL training takes “a long time”; DL modeling could be 10 to 100 times slower than traditional machine learning model; DL hardware still hasn’t “caught up” to DL software; and the fact that, since DL is a nascent technology, there’s “not a lot of people who have experience tuning a deep learning model” if something isn’t quite jiving.

There are signs of AI adoption heating up in the business sector. When Google Cloud and the Massachusetts Institute of Technology Review surveyed 375 executives from various industries in late 2016, they found 60 per cent had already implemented machine learning strategies. More than half of both early- and mature stage adopters polled said their ML efforts have demonstrated ROI, outperforming ROI rates for big data analytics, according to the researchers.

Uber has endured a rocky road lately. The ride-hailing firm posted a Q1 loss of $708 million USD on May 31. On Tuesday, CEO Travis Kalanick resigned following his mother’s recent drowning death and a series of corporate scandals, including company-wide sexual harassment allegations and a viral video of Kalanick arguing with an Uber driver.

In a more positive light, Uber said last month it will launch a new AI research facility in Toronto devoted to autonomous vehicles, the first of its advanced research centres to be based outside the U.S.

Christine Wonghttp://www.itbusiness.ca
Christine Wong has been an on-air reporter for a national daily show on Rogers TV and at High Tech TV, a weekly news magazine on CTV's Ottawa affiliate. She was also an associate producer at Report On Business Television (now called BNN) and CBC's The Hour With George Stroumboulopoulos. As an associate producer at Slice TV, she helped launch two national daily talk shows, The Mom Show and Three Takes. Recently, she was a Staff Writer at ITBusiness.ca and is now a freelance contributor.
Previous article
Google gets into the job-search game
Next article
AARP names Halifax firm as grand prize winner of inaugural innovation award