U.S. to allow startups access to crowdfunding ‘within 6 months’

Even though America’s equity crowdfunding law is now stuck in bureaucratic red tape, one of the law’s key architects says U.S. startups could be raising money through investment crowdfunding in less than six months.

After a hyper fast timeline from lobbying to legislation, SherwoodNeiss and his allies are now stuck waiting for the U.S. Securities andExchange Commission (SEC) to issue rulings laying out the regulatoryframework it will use to enforce the new crowdfunding laws. Yet Neiss,widely credited as a key figure behind the lobby to legalize equitycrowdfunding in the U.S., is hopeful that the bureaucratic bottleneckwill clear andAmerican startups will be legally raising equity over crowdfundingsites in as little as half a year from now. 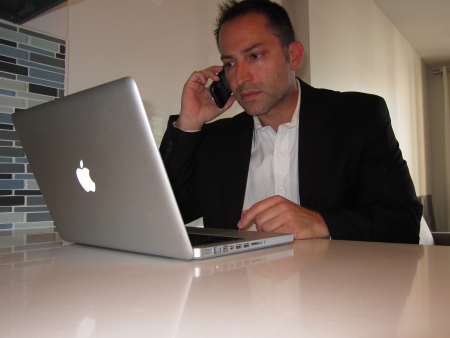 “We’re optimistic that sometime in Q2 (2013) this will be up andrunning,” said Neiss, a principal at Crowdfunding Capital Advisors(CCA), a consulting firm with offices in Washington, San Francisco andMiami.

Neiss co-authored the Startup Exemption, a document that became theframework for four bills legalizing equity crowdfunding under the U.S.JOBS Act. President Barack Obama signed the Act into law in April. Inlegislative terms, it all happened with lightning speed. As Neissboasts on his Web site, he and his supporters succeeded in “changing a78-year-old securities law in 460 days.”

But now that high-speed train has lost steam due to the holdup at theSEC.

“We’re still not there 100 per cent. It’s still not possible until theSEC finalizes the rule making,” Neiss said.

After twice delaying plans to issue its first ruling, the SEC finallyhanded it down a few weeks ago. The ruling was less clear than Neisshoped. It allows investors to put equity into startups via crowdfundingif they meet certain income and net worth thresholds. But thestartups – not the investors themselves – are responsible for provingthe investors meet those requirements.

“It puts the burden of proof on the issuer,” Neiss said. “But the SECdoesn’t actually spell out what you need to verify (that investors) areaccredited.”
“The SEC did not provide the clarity we were looking for,” headded.  “I understand where they’re coming from. I respectwhat they’re doing. But markets are more efficient when there’sunderstanding about what’s going on. By not spelling out what you needto do, it creates confusion and that creates a lack of confidence. Ihope when the final rules come out there will be a little moreclarity.”

Despite the waiting game, Neiss is still moving in hyper speed himself,traveling the world to keep the crowdfunding cause in the headlines. Hegave a talk recently at a Startup Grind Toronto event and will bespeaking at the i-Canada Summit in Montreal on Oct. 21.

He offers some advice for Canadian crowdfunding lobbyists trying to getsecurities legislation amended here on a province-by-province basis:lobby like an entrepreneur, not a politician.

It’s an approach that helped push his own U.S. lobbying efforts all theway through Congress in dizzying speed.

“We approached it as entrepreneurs and from a ‘can do’ attitude. Weweren’t deterred by bureaucracy. Keep that mentality as you approachthis. Don’t approach it from the legislator’s point of view,” Neisssaid.

That means presenting crowdfunding as a practical way to create jobs,not just as a political movement, he said. Although the organizationsCanadian Advanced Technology Alliance and Invest Crowdfund Canada haveembarked on a campaign to write letters to elected members of allprovincial legislatures in Canada (MPPs, MNAs and MLAs), it’s alsoimportant to find face time with those politicians, he added, whetherit’s speaking about crowdfunding publicly or testifying atgovernment hearings.

“Jobs are a non-partisan issue”
“Politics is bureaucracy and nothing happens as fast as we’d like butyou have to work within the current system,” Neiss said. “Show up.Represent. Be heard. Explain. The legislators are more likely to actwhen the people most likely to be affected show up.”

He acknowledges politics did play a key role in getting the law passedin America. Politicians quick to align themselves with job creationefforts had no trouble jumping on board the crowdfunding train in theleadup to this fall’s U.S. election.

“I think the election played a very important role. It put clarity onwhat we were talking about. Jobs are a non-partisan issue. But the keywas painting the picture for the people in Washington” thatcrowdfunding can create jobs,” Neiss said. “Jobs are a global issue.”

Christine Wonghttp://www.itbusiness.ca
Christine Wong has been an on-air reporter for a national daily show on Rogers TV and at High Tech TV, a weekly news magazine on CTV's Ottawa affiliate. She was also an associate producer at Report On Business Television (now called BNN) and CBC's The Hour With George Stroumboulopoulos. As an associate producer at Slice TV, she helped launch two national daily talk shows, The Mom Show and Three Takes. Recently, she was a Staff Writer at ITBusiness.ca and is now a freelance contributor.
Previous articleKeeping good online reputation important for small business too
Next articleFacebook search engine could capture half of market: survey