Smartphones, social networks, iPads, WiFi, high def, LCD and 3D TVs appear to be the favourite tech tools and toys of ITBusiness.ca readers, according to a random sampling of the latest entries in out Top 5 Tech in 10 Years contest.

For nearly two weeks now, our readers and friends have been posting on the ITBusiness.ca Facebook page what they think should be considered the most of important technologies in the last 10 years. By the end of May 26, we will hold a random draw of the entries to find out who will get to take home the grand prize, an XMp3i satellite radio, a value of $229. The radio comes with a free one year satellite service contract, valued at $142.45.

Twenty early bird contestants have each won a Map of the Internet poster from Peer1 Hosting. 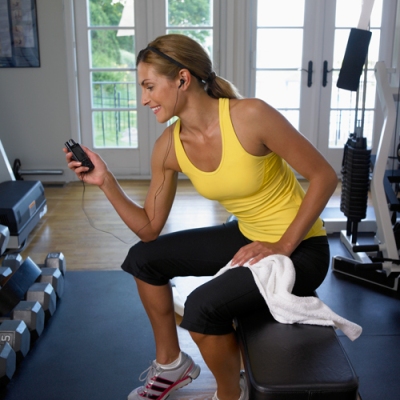 Behold, the grand prize in our ongoing Facebook contest.

So far, we now have over 60 contestants.

One contestant can’t be separated from her BlackBerry though: Lisa Nykoliation: ?”#1 my bberry (can’t live without it:) #2 WIFI all of our little devices wouldn’t be the same without it #3 GPS With my lack of direction it helps not to get lost haha #4 Cheap laptops #5 TIVO dvr soo awesome.” (sic)

Speaking of satellite radios, the XMp3i is one cool gadget. This radio allows you to enjoy more than 130 channels of commercial free music, sports, news, weather and exclusive entertainment stations, according to Bruce Robertson, director of product management for XM Canada.

“This unit is our top-of-the-line model. Just like an MP3, the Xmp3i lets you record and create your own playlist, but it comes with a host of other features that no MP3 player can match.” he said.

“With the Xmp3i, you can rewind up to 30 minutes of live radio programming , record up to 100 hours of your favourite XM programs or songs and record up to five programs at the same time,” Robertson said.

The device has a micro SD slot for added memory capacity. It can also be hooked-up to a home stereo system.

The XMp3i PowerConnect Vehicle Kit also enables users to hook up the satellite radio to your vehicle’s radio.

“It’s the perfect high-tech item that even a non-techie person can enjoy,” said Roberston.

And the Xmp3i could be yours if you just take the time to send us yout Top 5 Tech list. There really is no wrong answer. So get posting, you’ve got less than two days left now.

Winners will be announced on ITBusiness.ca and our Facebook page. The first prize winner will also be featured in an article on ITBusiness.ca where he or she gets to tell our readers a bit more about the decision that went into making the winning entry.

To join the contest, click on this link: Top 5 technologies in 10 years contest