Two Toronto IT academics are in good, if rare, company as of this week.

Hossein Rahnama of Ryerson University and Universityof Toronto’s JoycePoon have been named one of the world’s top 35 innovators under 35 bythe Massachusetts Institute of Technology’s Technology Reviewmagazine– an honour that has previously gone to Twitter founder Jack Dorsey,Google founder Sergey Brin and Facebook creator Mark Zuckerberg. 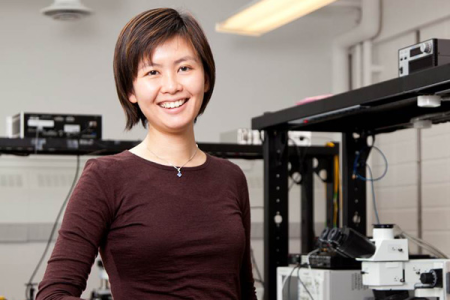 U of T professor Joyce Poon hasbeen named one of the world’s top 35 IT innovators under 35 for thisyear.

This year’s winners were selected from over 250 nominees worldwide.

Rahnama, 32, is the associate director of Ryerson’s Digital Media Zoneincubator, research director of Ryerson’s Ubiquitous Computing Group,and founder and CEO of Flybits. He’s being honoured forhis work in theareas of mobile technology, cloud computing and privacy. Flybits usestechnology to generate geographically relevant content based on auser’s needs and preferences as their location changes.

Poon, also 32, is an assistant professor of electrical and computerengineering at U of T and also holds the Canada Research Chair inintegrated photonic devices at the university. She is working on usingoptics or light-based signals to transmit data more quickly and energyefficiently.

Both Poon and Rahnama will be featured in the September/October issueof Technology Review online.

Christine Wonghttp://www.itbusiness.ca
Christine Wong has been an on-air reporter for a national daily show on Rogers TV and at High Tech TV, a weekly news magazine on CTV's Ottawa affiliate. She was also an associate producer at Report On Business Television (now called BNN) and CBC's The Hour With George Stroumboulopoulos. As an associate producer at Slice TV, she helped launch two national daily talk shows, The Mom Show and Three Takes. Recently, she was a Staff Writer at ITBusiness.ca and is now a freelance contributor.
Previous article
Indian startup incubated at Toronto’s DMZ wins Samsung award
Next article
Incubes startups reveal gameplans ahead of demo day

Consumers have never been more suspicious, but it’s also a great time...