The new laptops introduce an ultraportable to the Portege line and also updates two models in the Tecra line. The laptops are a bit heavier than Intel’s guidelines for the “Ultrabook” classifications allow. Toshiba’s using that extra bulk to fit in a disk drive, and extra memory.

Toshiba’s also just announced a 13-inch screen Android tablet, the largest one to market yet. 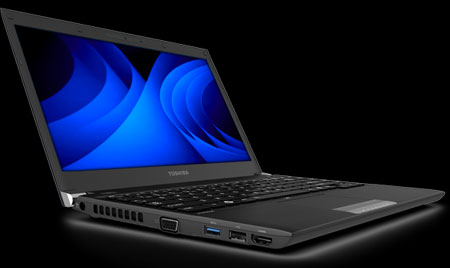 The new Portege could be classed as an Ultrabook, if not for the disc drive.

This 13.3-inch screen laptop weighs in at three pounds and is one-inch thick. Its processor will be a third-generation Intel Core i5 or Core i7 chip. The laptop includes a DVD drive and offers two USB 3.0 ports, Bluetooth, and can be outfitted with a solid state or IDE hard drive. Its pricing begins at $930. 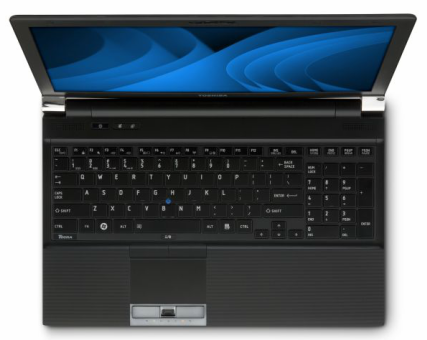 The new Tecra R950 is secured with a fingerprint scanner.

These new business laptops weigh in under 4.5 lbs and are also one inch thick. The R940 has a 14-inch display and the R950 a 15.6-inch display, both with LED HD monitors. Powered by third-generation Intel Core i5 or Core i7 processors, these new Tecra computers come with more memory and a new 2.0 MP webcam. There’s some nice extra features such as a spill-resistant keyboard and a fingerprint reader for security. You can also charge up your mobile devices off the USB ports even while the computer is asleep. Pricing for these laptops begins at $1049. 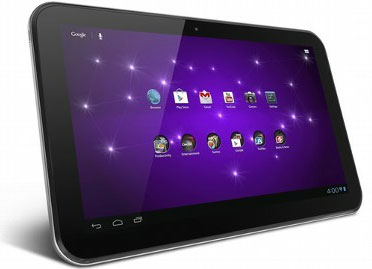 Meet the biggest tablet on the market, Excite 13.

Toshiba’s taking a new approach to competing with Apple’s iPad, which still dominates the tablet market. The new 13.3-inch LED display on the latest Excite model offers the most screen real estate on the tablet market, Toshiba says. The device is just 0.4 inches thick and weighs 2.2 pounds. Excite tablets use Nvidia’s Tegra 3 processor and offer an SD memory card slot for storage. The 32 GB model is $649.99 and the 64 GB model is $749.99.