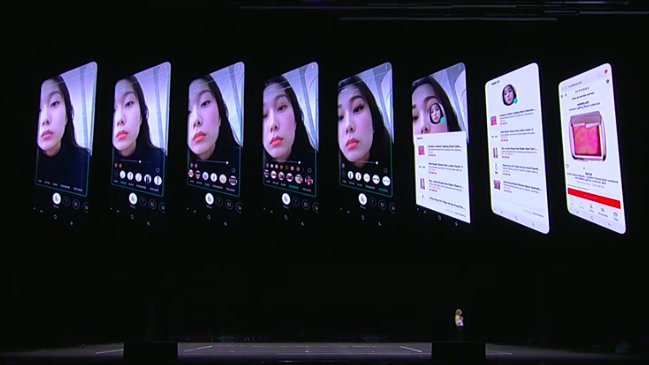 BARCELONA – Toronto-based ModiFace is seeing its augmented reality makeup technology receive what is likely its biggest closeup yet, with direct integration into the Samsung Galaxy S9 and S9 Plus camera.

ModiFace’s AR technology allows users to apply virtual makeup to their face in real-time. It’s been used to power e-commerce makeup shopping experiences by pairing together a webcam with a browser plugin. Now Samsung is supporting the technology right on its own AI assistant Bixby platform.

Using the Bixby feature in the default camera app on the Galaxy S9 and S9 Plus, users will be able to simulate applying makeup from many different beauty brands, with more to be added after launch. Users will watch a live video at 30 frames per second and see the effects as they spread foundation or dab on some eye shadow.

Given the typical sales of a new Samsung smartphone, the leading Android smartphone manufacturer on the market by a mile, ModiFace will be seeing hundreds of millions of people exposed to its AR makeup technology.

ModiFace’s technology is not shy of the spotlight of course, with its e-commerce tool being featured on more than 150 websites and mobile apps, including those from Allergan, L’Oreal, Unilever, Yves Rocher, and Sephora. Those apps had been downloaded more than 60 million times in March 2016, Modiface told ITBusiness.ca at the time.