As the year draws to a close, we thought about the memorable quotes related to IT and offer, in no particular order, 15 that stuck with us.

Hey! You! Get off of my cloud!

“If there’s no hardware or software in the cloud we are so screwed. But it’s not water vapor, all it is is a computer attached to a network. What are you talking about? I mean, what do you think Google runs on? Do you think they run on water vapor? I mean, cloud? It’s databases and it’s operating systems and its memory and microprocessors and the Internet. But all of a sudden, no it’s none of that, it’s the cloud! What are you talking about?”

— Oracle Chairman and CEO Larry Ellison in an on-stage interview with former Sun and Motorola executive Ed Zander at a September event.

“The U.S. government cleared this, we think the Europeans are going to clear this. We are not going to spin anything off.”

— Ellison when Zander pushed him on Oracle’s plans for Sun products.

Time for a little Putt-Putt

Sun Chairman Scott McNealy to Ellison at the same September event: “Do you have any ideas about what an ex-chairman could do after the EC clears this one?” Ellison replied: “Just knock another couple of strokes off your handicap.”

McNealy again: “I do have one request. Can you buy the San Jose Sharks so we can finally rename the San Jose stadium the Sparc Tank?”

“After changing our passwords, I tried to pass the incident off to my wife … as a teachable moment,” he said. “To which she deftly replied, ‘Well, it is not my teachable moment. However, it is our money. No more Internet banking for you.”

— FBI Director Robert Mueller on being banned from online banking by his wife after a (nearly successful) phishing attack.

“They are designed to be the first ever fashion accessories that double as the absolute best sonically sounding headphones in the world. These headphones look a lot like the jackets my friends and I wear in New York. They are all studded and metal.” 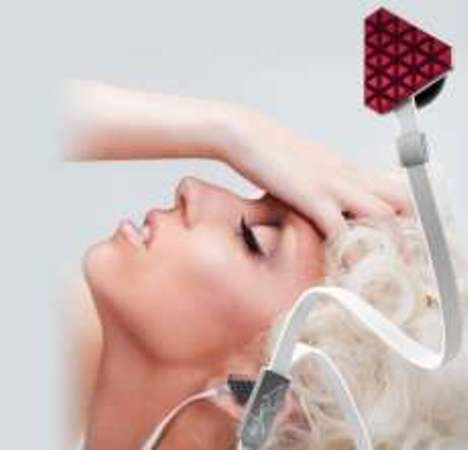 “Even if I had money, I would rather burn everything I own and not even give them the final dust from the burning.”

— The Pirate Bay’s Peter Sunde after he and the three others who ran the BitTorrent site were found guilty of, and fined for, being accessories to crimes against copyright law in Sweden.

“More than anything, let’s give this company some friggin’ breathing room. It’s been too crazy, everybody on the outside deciding what Yahoo should do, shouldn’t do, what’s best for them. That’s gonna stop.”

— Yahoo CEO Carol Bartz in a press conference after she was tapped in January to take the top job at the struggling company.

Can you hear me now?

“I think we’re going to be able to hang onto one of these. My working assumption, and this is not new, is that anything I write on an e-mail could end up being on CNN. So I make sure to think before I press ‘send’.” … It’s just one tool among a number of tools that I’m trying to use, to break out of the bubble, to make sure that people can still reach me. If I’m doing something stupid, somebody in Chicago can send me an e-mail and say, ‘What are you doing?’ I want to be able to have voices, other than the people who are immediately working for me, be able to reach out and send me a message about what’s happening in America.”

— President Barack Obama, speaking to CNN just before his inauguration about his hopes that he would be able keep his BlackBerry. 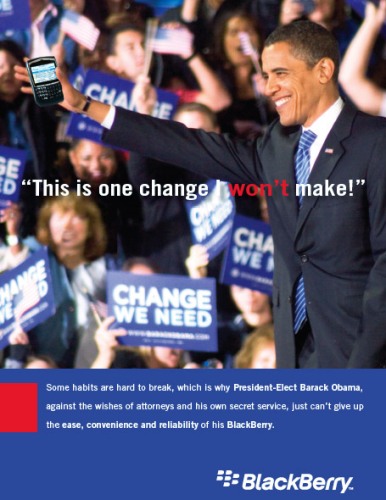 That’s what they all say

“Twitter is not interested in being acquired by a bigger company, we want to build an impressive company on our own and we believe that we can.”

“In order to take myself out of the limelight and focus on my health, and to allow everyone at Apple to focus on delivering extraordinary products, I have decided to take a medical leave of absence until the end of June.” 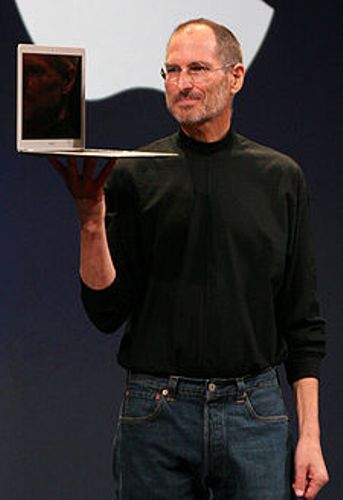 Tiger Woods makes him shout, too

“In the next few years I know I’ll be watching my favorite golfer, Tiger Woods, play in a tournament and I’ll see him hit a particularly brilliant shot. I’ll shout at my television set, ‘Hey Bill, did you see Tiger make that putt?’ and Microsoft software will wake up in the TV, it will recognize my voice, it will know when I say ‘Bill’ I mean Bill Gates, it’ll find him wherever he is, it will see whether he’s willing to be interrupted for the call. He’ll say, ‘Of course, for Steve I’m always able to be interrupted’. ‘Hey Bill, did you see Tiger make that putt?’ Maybe Bill will say, ‘Yes Steve, but what golf ball is he using?’ I’ll literally take my finger and I’ll point at the golf ball, a search will go on across the Internet to figure out what ball it is, and I’ll say ‘Hey Bill, that’s the new Nike ball, shall I order some for you too?'”

— Microsoft CEO Steve Ballmer talking about the future of TV during a November press conference in Tokyo.

Green Dam “is a conglomeration of whatever components [the developers] managed to steal … or otherwise appropriate from various sources, and duct tape together in the form of an alleged piece of software … They should be utterly humiliated, not just because they stole much of the core functionality, but even more so because they intentionally inflicted such a miserable product on a population of innocent computer users.”

— Solid Oak Software President Brian Milburn in a blistering e-mail about the company alleged to have stolen Solid Oak code.

“Everyone thinks the walled gardens have broken down. But really they got taken down and rebuilt next door.”

— Adrian Smith, a partner with Ignition Partners referring to the trend set by Apple’s iPhone App Store to make it easy for developers to offer products to users, but noting that the environment isn’t completely open.

Another version of events

“Intel has reluctantly concluded that the Commission initiated the investigation with a predisposed view to alter the results of competition, and consequently tended to assess the evidence with a prosecutorial bent to confirm its point of view. In doing so, it ignored or minimized — and indeed at times even refused to obtain — important evidence that contradicted its view of the world. The result was a consistently one-sided and result-oriented selection and interpretation of the evidence.”

Intel in a statement regarding the European Commission’s antitrust inquiry.

“Intel can say what it wants, but there’s a simple reason why they have failed to convince a single antitrust agency that has independently reviewed the evidence that their practices are lawful and pro-consumer. Intel breaks the law.”