Top 10 technology predictions for SMBs in 2012

For small and midsize businesses, 2011 was an eventful year for the owners and managers tasked with technology decisions. The year’s highlights range from the arrival of new technologies such as the introduction of Intel’s Thunderbolt peripheral interface to the release of Android 4.0 Ice Cream Sandwich.

< But it wasn't all highlights. Beyond the promising new products and technologies, you saw many tech titans at their worst: RIM stumbled big-time in October with the most severe service outage in its history while Sony saw its Playstation Network so badly hacked it took more than a month to fix.
As 2011 draws to a close, it’s time to look ahead to 2012. Namely, what can small and mid-sized businesses (SMB) expect to see in the next 12 months? The 10 technological trends listed below will affect businesses of all sizes in the coming year, but they promise to have an particular impact on small and mid-size businesses in 2012.

Microsoft looks set to single-handedly up the ante on the virtualization front with the release of Windows Server 8, which will incorporate a seriously beefed-up hypervisor. Hyper-V 3 will come with substantial improvements in the areas of network, storage, scalability and live migration capability. Its significance for SMBs and SMEs that have yet to deploy virtualization is substantial, allowing them to create a full-fledged virtualization setup with minimum capital outlay with regards to software licensing fees.

Hyper-V 3 will exert significant pressure on market leader VMware by delivering “good enough” virtualization at a fraction of the cost of a full vSphere implementation. More importantly, Hyper-V 3 will recast the capabilities that businesses expect in a free virtualization product. Expect cheaper, more powerful virtualization to materialize as virtualization vendors react with price cuts and more advanced capabilities at lower (or free) price points. No date has been announced for Windows Server 8 at the time of writing, though it’s anticipated to debut in 2012.

Network Attached Storage (NAS) appliances have been growing progressively more powerful over the years, narrowing the gap with entry-level SANs. Indeed, many new NAS products released today are certified for virtualization platforms such as VMware, Hyper-V and Citrix, with more advanced models capable of replication between NAS or even supporting cloud storage such as Amazon’s Simple Storage Service as an additional tier of data backup.
Expect this trend of powerful NAS to continue and even accelerate in 2012. For SMBs, mid- to high-end NAS models have attained a sufficient level of performance and features to effectively serve as the primary storage for smaller businesses, or in branch offices of larger organizations. As such, small business and enterprise will deploy more NAS in 2012, and possibly even using them as SAN-replacements in certain cases.

You’ve heard this before, but USB 3.0 should finally make itself felt in 2012. One key change is Intel’s official commitment to “SuperSpeed” USB, evidenced by the integration of USB 3.0 support in upcoming chipsets. This is expected to drive USB 3.0 adoption next year as they become available, greatly increasing the overall appeal for manufacturers to make USB 3.0 devices.
With a data transfer rate of up to 5Gbps, the widespread availability of USB 3.0 will have wide-ranging effects. For one, portable storage devices such as flash drives and portable HDDs will be even more popular than before. Moreover, SMBs are likely to be presented with more options in terms of easy-to-deploy USB 3.0-based Direct Attached Storage (DAS) devices. Instead of having to struggle with eSATA or fiddling with special interface cards, new USB 3.0 storage appliances or tape drives could be easily deployed for the purpose of data backup and restoration for key workstations and servers.

Despite the criticism that Intel has attracted over its execution strategy for the company’s Ultrabooks, the chip maker is serious about taking on Apple’s increasingly popular MacBook Air with a new generation of thin and lightweight laptops. More than 60 models of Ultrabooks will be available in 2012, while rival chip maker AMD has also recently indicated that it is working on its own ultra-thin laptops.

Ultimately, it is clear that a fundamental shift is taking place to the laptop’s form factor. By stripping out the venerable optical disc drive and moving towards more advanced materials, computer makers are shifting from thick and bulky laptops to a computing future that is both thin and light. With a longer battery life and lower prices than conventional laptops, we suspect that many SMBs will buy into Ultrabooks for use in the office.

Another trend you can count on in 2012 will be the availability of faster local storage at more affordable prices. Prices of Solid State Disks (SSDs) have been declining steadily and are also increasingly being offered as options on laptops. Moreover, Seagate in November launched its second generation Hybrid Hard Disk (HHD), which is a standard hard disk drive paired with built-in SLC-based flash memory for heightened performance Â— Seagate says the Momentus XT can achieve a boot up time comparable to SSDs after a brief “learning” period.

The availability of faster local storage will benefit small business in the form of workstations and laptops that just perform faster. Alternatively, businesses may also opt to prolong the lifespan of existing workstations or laptops with a strategic upgrade to an SSD or HHD.

If you’ve thought that you’ve seen enough of tablets this year, wait till the next generation of tablets lands in 2012. You can get the full scoop on what to expect with tablets in 2012 a quick roundup would include the iPad 3, tablets based on Android 4.0 Ice Cream Sandwich, Windows 8 tablets and v2.0 of the BlackBerry PlayBook OS.

The onslaught of tablets goes both ways. For one, agile SMBs that successfully leverage tablets can bolster their competitive advantage and achieve greater work efficiencies. The obvious challenges though, would be the associated headache of trying to manage so many disparate platforms and the risks inherent to developing for such rapidly evolving devices.

BYOD, or “Bring Your Own Device,” is a term used to describe the use of personal devices in the office. BYOD will become an accepted business practice in 2012 for small businesses, even as the arrival of more powerful smartphones, tablets and ultra-thin laptops trigger an avalanche of such devices into the workplace.

This is a mixed blessing for SMBs as employees start using their favourite duo (or trio) of Wi-Fi gadgets at work. While an IT-savvy workforce is certainly better than a tech-illiterate one, one downside may be the potential overloading of wireless networks as the density of wireless devices increase beyond what the network was originally designed for. Moreover, administrators may find themselves badgered with support requests that may not necessarily be work-related.

It is entirely possible for businesses to set up an online presence without having to purchase a single hardware server today. After all, services such as online storage, B2B services, web hosting, email, collabouration, even productivity suites (Google Apps, Office 365) can be purchased online with nothing more than a credit card.

Moving forward, we expect startups and SMBs to ride hard on this trend as a means to circumvent traditional infrastructure and hardware barriers, making use of online services so that they can concentrate on their primary focus of doing business. We would have used the word “cloud computing” too, except that these businesses won’t care what it’s called by then.

Two organizations are known to be working towards gigabit wireless at the moment, with limited product shipments expected to arrive in 2012. The Wireless Gigabit Alliance (WiGig) operates on the 60GHz band and supports bus protocols such as PCI Express and USB; the IEEE 802.11ac operates on 5GHz and can provide throughputs of more than 1Gbps and backwards compatibility with 802.11n. For now, research by ABI Research predicts that IEEE 802.11ac will emerge as the dominant Wi-Fi protocol by 2014.

While the effect of gigabit wireless on large enterprises or established businesses is debatable, expect SMBs to prefer wireless as their primary connectivity option due to the convenience and the comparatively modest needs of smaller businesses. Given the prospect of future upgradability, the arrival of 802.11ac may also prompt organizations currently adopting a “wait and see” posture to finally deploy 802.11n. Given that gigabit wireless may well be adequate to meet the needs of most SMBs, its arrival may well result in businesses replacing wired Ethernet with wireless in 2012.

Despite being a singular product, there is no doubt mind that this hotly anticipated operating system will trigger a wave of change across the entire PC industry. Expected to be released in the second half of 2012, Microsoft has given the assurance that Windows 8 will not require new hardware. Indeed, the use of advanced memory management techniques and memory deduplication could well see Windows 8 running on slightly older hardwareÂ—a boon to SMBs looking to keep their IT budgets down.

Windows 8 will work with both traditional desktops as well as tablet devices, and will be available in x86 and ARM versions to facilitate the use of devices based on power-efficient ARM-based processors. Though it is too early at this point to tell the effect that Windows 8 desktop will have on SMBs, it is evident that Microsoft has incorporated its business-management smarts into Windows 8. Specifically, administrators will be able to make use of group policy and PowerShell to manage Metro-style apps on Windows 8Â— allowing for a level of fine-grained control not available on competing platforms.

Paul Mah is a freelance writer and blogger who lives in Singapore. Paul has worked a number of years in various capacities within the IT industry, which includes programming and heading IT departments. He now writes a number of regular columns about technology and lectures on IT. In his spare time, Paul enjoys tinkering with tech gadgets, smartphones and networking devices. You can reach Paul at paul@mah.sg and follow him on Twitter at @paulmah. 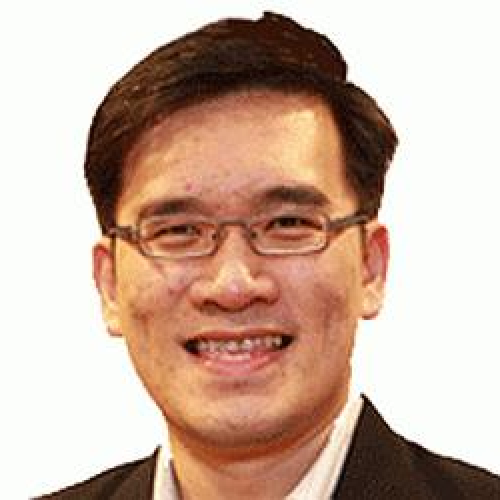