Got an urgent message you need to transmit immediately? Sending a telegram is likely not the first option that comes to mind. And when it’s time to boogie down, you probably don’t shove a cassette into your 8-track player or slap an LP onto your phonograph.

These technologies served their purpose for a while, then either evolved into cheaper, faster, better forms or simply disappeared. Yet other technologies–such as fax machines, landline phones, and instant cameras–just refuse to die, despite better digital alternatives.

Here are ten technologies that should be dead and buried, yet still cling to life.

Subsequently, iTelegram took over Western Union’s telex network, though you can access it via the Web. To send a first-class priority (same-day) message from New York to Los Angeles now costs $25, plus 88 cents a word. (Plus whatever it costs to refill your meds–because who in their right mind would bother to send a telegram?) Western Union is still around too, though its primary customers appear to be Internet scam artists hoping to dupe suckers into wiring them money. 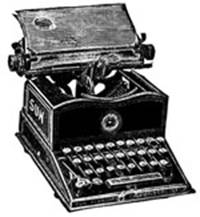 In the age of Web tablets and smartphones, typewriters are a bit like Fred Flintstone’s car–strictly for cave dwellers. Yet people still buy and use them. In 2009, for example, the New York City Police Department made headlines when it spent nearly $1 million on typewriters, mostly so it could continue to use multipart carbon forms for processing evidence.

Still, the typewriter’s primary market appears to be snooty novelists who claim they cannot compose on any technology introduced since Hemingway took a dirt nap. Case in point: Last December, author Cormac McCarthy’s 1950’s era Olivetti Lettera 32 portable sold for an astounding $255,000 at auction. (We understand that price also included a year’s supply of Wite-Out correction fluid.) Proceeds were donated to the Santa Fe Institute. McCarthy promptly went out and bought another $20 manual typewriter to take its place. We guess that means there’s still at least one country for old men.

Despite advances in Internet fax services and the availability of dirt-cheap scanners, this office machine of the 1980s is still with us–more than half a million of them were purchased over the past 12 months, according to the NPD Group, a market research company. It’s not just people who still wear shoulder pads and buy Cyndi Lauper albums. These screechy, annoying gadgets continue to attract realtors, lawyers, insurance companies, and others nervous about the authenticity of signed documents without an ink-based John or Jane Hancock on them.

“Their endurance is in part a testament to the failure of digital signatures that would allow us to e-mail certified copies of contracts and similar documents,” says NPD Group analyst Ross Rubin. “As with electronic voting machines, there remains a level of societal skepticism over the viability of digitally certified documents.”

As for the rest of you? Get over it, writes Tom Adams, VP of marketing for Protus, the parent company of online fax service MyFax.

“Fax machines are just so 1980s,” he says. “If you’re still using one, it’s time to put it in the attic next to your legwarmers and that copy of The Breakfast Club on VHS and move to an Internet fax service instead.”

According to the latest survey from the National Center for Health Statistics, nearly 25 percent of Americans have ditched their landlines for a cell phone. Another 22 million or so Americans pay for a VoIP service like Vonage to reach out and touch. Still, that leaves well over 100 million households firmly tethered to one of Ma Bell’s bastard offspring. (No doubt many of these lines are also plugged into fax machines.)

Why? Because nothing says “I’ve fallen and I can’t get up” quite like a landline. Only 5 percent of adults age 65 or older live in wireless-only households, per the NCHS–no doubt in part because mobile E911 emergency services still aren’t as reliable as calling for help from your trusty wall-mounted phone. As that population gradually moves toward that great early bird special in the sky, landlines will likely follow.

CDs and MP3s were supposed to kill the long-playing album for good. Instead, vinyl LPs have clung to life longer than Abe Vigoda–and along with them, the venerable turntable. Sales of vinyl albums actually increased last year, from 1.9 million to 2.8 million, according to Nielsen SoundScan, though that’s still just a drop in the bucket compared to CDs (374 million) and digital tracks (1.2 billion). These days, you can get a digital turntable that plugs into your PC and converts groove-laden tunes into digital files for carrying on your iPod. Either way, this is a good thing; life’s just better when listened to at 33 and 1/3.

Ka-ching! Despite the emergence of computerized point-of-sale systems that can automatically track inventory, identify your top-selling products and best customers, and simplify back-end accounting, thousands of retail stores still rely on what’s essentially a cigar box that can do third-grade math.

“The basics of the cash register haven’t changed since it was invented 127 years ago,” notes Tom Greenhaw, founder of CashierLive, a company that offers Web-based point-of-sale software. “While [it] might be powered by electricity now, it still can’t tell you what your store has in stock (and it never will). Computers with point-of-sale software are expensive, which is why a majority of small retailers still stick with the dying cash register. But Web technology is finally coming to eliminate the cash register.”

Basic cash registers–and really, cash itself–are analog dinosaurs in the digital jungle of financial transactions. It’s time for them to check out.

Like their distant cousins the snooty novelists, many camera buffs eschew digital for the comfort of darkrooms and the aroma of developer fluid. Even the venerable Polaroid Instant Photo is making a comeback.

The original Polaroid company filed for bankruptcy (for the second time) in 2008 and had its assets purchased in April 2009 by a private holding company. Despite that, the newly revived firm has introduced an updated version of the OneStep camera (the Polaroid PIC 300) that, yes, uses instant film. That trip down memory lane will set you back $90 for the camera–plus a steep $1 per shot. Polaroid has even hired pop diva Lady Gaga as “creative director.” If Polaroid can survive Lady Gaga, it may be with us for a long, long time. 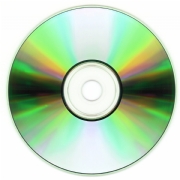 Shiny plastic platters of all kinds–CD, DVD, even Blu-ray–are destined to eventually follow the various floppies, Zip discs, Click drives, and other portable storage media into the digital boneyard. These days, many of us get our software via downloads and our entertainment streamed to whatever device happens to be convenient. Yet discs and disc drives persist.

“You can download almost anything today and stream much of what you can’t download,” says Rob Enderle, principal analyst for the Enderle Group. “Flash drives have dropped substantially in price, and we don’t really need more than 64GB anyway (and you can get that in an iPod). So why don’t we say hasta la vista to the disk drive and finally move to something lighter, more robust, and less noisy?”

In the United States, the venerable ‘boob tube’ has all but disappeared from offices, living rooms, and retail shelves. Yet more than 90 million CRTs were sold last year, says an MIT report–almost all of them to Asia and Latin America.

Why? Because they are both durable and cheap, and–guess what?–they still offer higher-quality pictures than LCDs and plasma sets, according to the image calibration experts at DisplayMate. Also in high demand: old, discarded CRTs, because their lead-lined glass is needed for manufacturing new ones.

Though not as wildly popular as they were back when Burt Reynolds was, well, Burt Reynolds, vendors like Cobra Electronics and RadioShack still sell thousands of Citizens Band radios each year.

Geeky graybeards will remember that the first CompuServe chat forum was called “CB Simulator.” From there it’s easy to draw a direct line to today’s chat, IM, and Twitter clients. Still, in the era of ubiquitous 24/7 communication, CB radios are a relic, argues Jim Gardner, president of marketing consultancy Strategy 180, who bought his first Cobra CB radio in 1977 (his handle is “Moonshiner”).

“Although not 10-17 (urgent), my 10-20 (position) on the issue is that given that the peak of CB radios’ mainstream adoption coincided with bell bottoms, disco, and orange shag carpeting, the advent of push-to-talk cell phones should have buried this icon of bad Burt Reynolds films years ago,” he says. “After all, some conversations are simply better 10-21 (on the phone). 10-4, good buddy?”

Though we take exception to the “bad Burt Reynolds films” swipe (Smokey and the Bandit and Cannonball Run are minor classics), we tend to agree: It’s time to bring the hammer down.

Contributing Editor Dan Tynan still misses his old Smith-Corona manual typewriter (but not very much). Catch his wacky brand of geeky humor at eSarcasm, or follow him on Twitter: @tynan_on_tech.

Dan Tynan
Previous articleFacebook class-action lawsuit involves nearly half of all Canadians
Next articleWant to read faster? Use a paper book, not an iPad

Canadian SMBs quicker to adopt cloud, but future is still looking a...

Many Canadian workers see desktops as a dying breed

How to print professional looking CDs and DVDs