Google’s Android operating system, native to T-Mobile’s G1 and myTouch smartphones and due out soon in a number of new phones and even netbooks, is an impressively open and versatile platform.

Android phones can be easily customized with new software and functionality from the built-in Android Market, which features thousands of free and commercial applications that do everything from exposing hidden system preferences to allowing you to edit documents.

So I’ve cut out the fat.

Here are ten apps that I think should come standard on every Android phone — and every single one of them is free.

Since Android is a Google product, the absence of an app for viewing and editing documents and spreadsheets from Google Docs would just be wrong. That’s where Art Wild’s GDocs comes in, allowing users to view spreadsheets and to create, edit and view word processor documents from their Google Docs account.

When you’re viewing a document or spreadsheet, a reasonable approximation of the original formatting is preserved (considering the small screen); editing is strictly text-only, though.

While you probably won’t want to write your life story on your phone’s tiny thumb-board, you can probably touch up that report for work or write up some notes for that short story you’ve been mulling over.

You can play music off your phone’s SD card or stream music over the Internet with Imeem’s mobile player.

Imeem offers several ways to listen once you’ve created a free user account: Upload tracks from your computer and listen to them under the “My Music” tab, create on-the-fly radio stations from music similar to your favorite artists using the “Search” function, or listen to featured stations put together by Imeem’s staff and other users.

The best part? Imeem will continue to play in the background while you use other applications.

Much more than a simple location-based app, Locale from Two Forty Four A.M. LLC is a scriptable, location-aware settings manager. This may not sound all that exciting, but don’t let its simplicity fool you.

With Locale, you can set up conditions that trigger user-defined actions — for example, automatically dimming the screen when the battery gets below 20%, or texting your friends when you get to a specific location, or turning off the ringer at specific times of day.

A wide range of triggering events are available — battery level, dates, times, GPS coordinates and calls from specific people can all be used. Settings or events that can be triggered include pop-up notifications, turning Wi-Fi or Bluetooth off or on, sounding a chosen ringtone, sending a text message or tweet, lowering or raising the volume, or even changing the home screen’s wallpaper.

Some third-party programs even integrate with Locale, increasing the available options — for example, a to-do list program could make your shopping list available whenever you go by the store.

You can chat with Samantha the chatbot (or anyone else) with Palringo.

Android includes an app to access the Google Talk instant messaging network, but these days, one IM network is hardly enough — especially if it’s Google’s. You can access Yahoo Messenger, AIM, Windows Live Messenger, Facebook and other IM networks with Palringo.

The interface is fairly straightforward, with a tab for all your contacts across your various IM networks and another for “groups” — chats with several participants. You can create groups at will, but only other Palringo members can take part. And if you don’t have any friends, you can always chat with “Samantha,” the built-in chatbot.

This fun little app from Shinycore Software lets you edit and modify photos on your phone. Though technically a “lite” version of the company’s PicSay Pro, the feature set is pretty thorough — the only real drawback is that larger photos will be resized to fit the G1’s screen.

You can add speech balloons, any of a range of text styles, and images like hearts and stars to your photos. Or if you’re feeling less whimsical, you can modify the picture’s contrast, tint, hue and saturation levels; flip and rotate your image; and do other basic editing tasks.

When your masterpiece is complete, you can send the picture via e-mail or MMS, upload it to Picasa, set it as an icon or as wallpaper, or hand it to another app to upload to a blog, send to Twitter and more, depending on what compatible applications you have installed.

This app lets you create free ringtones from your favorite songs. (According to copyright attorney Nilay Patel, it’s legal as long as you own the music and you’re creating the ringtone for your own personal use.)

Just load a song onto your SD card, select start and end points, and save it as a ringtone, alert or notification. You can even record your own ringtones with Ringdroid.

With Big in Japan’s ShopSavvy app on your phone, you’ll never get a bum deal again. Enter a product name or barcode (using the keypad or the camera), and ShopSavvy identifies the product, searches the Web and local chain stores for the best prices, and collects reviews of the item.

You can click through to Web sites for more information or to order the item, add items to a wish list, or even set price alerts to be notified whenever the price of an item drops below a certain amount.

Hit the Menu key and a list of related products comes up, which is handy if the reviews of the item you’re looking at convince you that another choice would be smarter.

TuneWiki is a replacement for Android’s built-in media player, offering a number of nice features.

Most notable is the lyric scroll, which pulls lyrics off the Internet and scrolls them along with the song.

Other features include integrated Last.fm and Shoutcast radio streaming, YouTube video search, and community features like popular song lists and “music maps” that let you see where people are listening to the same song you are.

It seems like every platform has a half-dozen Twitter clients these days, but on Android, Twidroid from Ralph Zimmerman and Thomas Marban is the reigning king.

In addition to the usual ability to send tweets, view replies and direct messages, and follow or unfollow people, Twidroid integrates with Android’s browser so you can tweet links to pages you find interesting; captures GPS information to tweet your location or to geotag tweeted photos; and offers a selection of URL shortening and photo hosting services.

It’s all wrapped up in a clean and stylish interface that’s easy and fun to use.

The creatively named Video Player app from Android Tapp does exactly what it says: It plays videos, a function that Google mysteriously chose to leave out of Android.

Video Player isn’t fancy; you can play, pause, move backward and forward through the video, and that’s it. It plays only H.264 and MPEG-4 videos, and only from an SD card. But it is the only free video player available for Android right now, and it works well despite the meager feature set.

Google is well known for releasing products with few features and then adding new ones later, apparently at random — which means we can assume that several of these apps will either be acquired by Google and integrated into future versions of Android, or will be superseded by Google’s own updates.

For the immediate future, though, the Android Market is your ticket to a full-featured smartphone that gives you no reason at all to feel ashamed in the company of snarky iPhone-bearing friends and colleagues — and, in many cases, reason enough to feel a little bit superior yourself (well, let’s not push it).

Logan Kugler is a frequent Computerworld contributor. His most recent article was: Eight exceptional things you can do with Internet Explorer 8 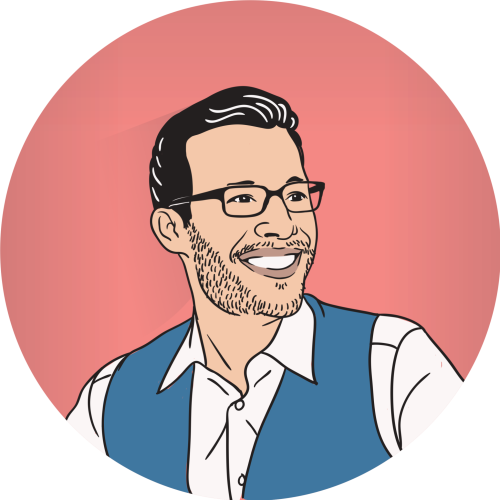 How to keep your mobile devices secure while on the road