What do the Historic District of Quebec City, Ottawa’s Rideau Canada and Lunenberg, Nova Scotia, have in common with Italy’s Pompeii, the ancient temples in Kyoto and Australia’s Shark Bay?

For one, they’re all amazing sites now being featured in the World Wonders Project, of the Google Cultural Institute. 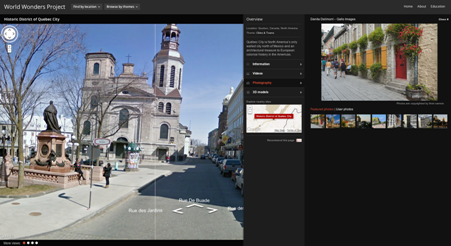 The search engine giant aims to preserve and promote culture online by brining to life the wonders of the modern and ancient world on the Web. Through the use of a combination of Google applications such as Google Earth, Google Maps, 3D models, user videos from YouTube and photos, people can explore various locations around the world online. 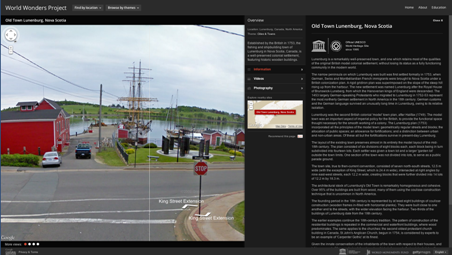 Click on the links to view what The World Wonders Project has to offer on the Historic District of Quebec City, Ottawa’s Rideau Canal and the Old Town of Lunenberg, Nova Scotia.

So far the project covers 132 historic sites from 18 countries. Points of interest include Stonehenge, the archaeological areas of Pompeii and the ancient Kyoto temples, the sandy dunes of Australia’s Shark Bay and the rock domes of Yosemite National Park in California.

Google also partnered with various organizations around the world including UNESCO, the World Monuments Fund, Getty Images and Ourplace, who provided official information and photographs for many of the sites. 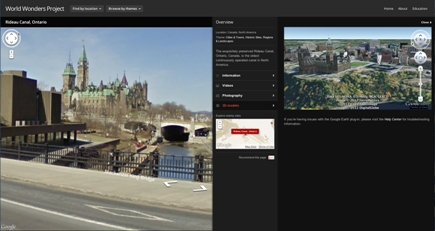 Google plans to expand its coverage of sites further and to make content more useful to users. For instance, Google Cultural Institute is publishing high resolution images of the Dead Sea Scrolls, digitizing the archives of famous figures such as Nelson Mandela, and presenting thousands of artworks through the Art Project.

Find out more about the project on Google’s  YouTube channel, and start exploring at www.google.com/worldwonders.

ITBusiness Staff
Previous article
As RIM weighs its options, shouldn’t you be doing the same?
Next article
Electric bike design firm races ahead of competition for $10K prize