theScore.com hops on board the chatbot train 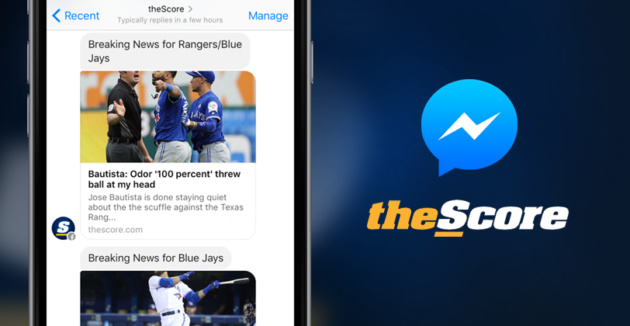 Just in case you don’t have a few seconds to google the score of a big game, theScore.com is launching a new chatbot that will tell you automatically.

Messenger bots are an emerging trend for companies to connect with their customers, and theScore’s chatbot is the first one dedicated to sports.

“We see bots as the next phase of evolution in the way we consume media on mobile devices,” said JohnLevy, CEO and founder of theScore in a press release. “We’re extremely excited to be one of the first sports media companies in the world to create a bot for Messenger.”

Riaz Lalani, vice president of product at theScore added in an email that the growth potential is huge within Facebook messenger. Bordering on one billion users, it’s a very popular platform with a wide variety of users.

“theScore’s chatbot is a totally opt-in experience,” explained Lalani. “Fans have to actively begin talking with the bot and can manage the type of notifications and the volume at any point via settings so they are in total control.” 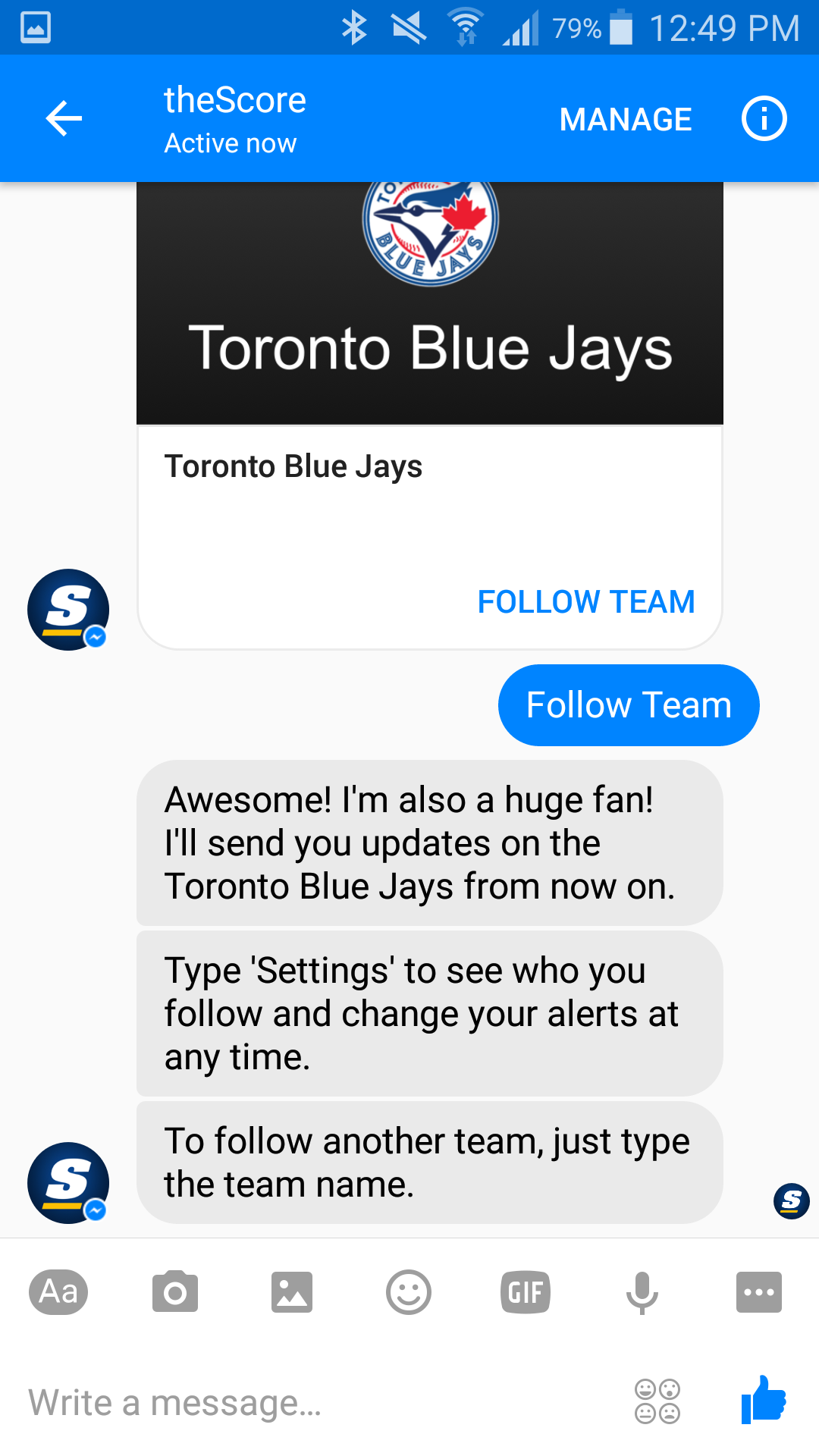 Most chatbots are built to function as though the user is having a conversation with someone in messenger, and theScore’s chatbot is no exception. There’s a lot of emphasis on the personalized approach, as well as being convenient.

Many sports fans get their team’s news via Twitter or other social media platforms. TheScore acknowledges this, but is aiming to further streamline the process.

“Following a team on social media is great, but it is a different experience in as much as you have to go into the app or visit a website and actively look for updates,” said Lalani. “Messaging apps allow for information to be pushed directly to [users.]”

TheScore’s bot will be able to deliver information from the NFL, MLB, NBA, NHL and most major soccer leagues. Support for more leagues will be launched in the near future.

To test out the new chatbot, visit theScore’s facebook page, or search for it directly in messenger.

How to watch and follow Euro 2016 on your mobile device