The top 5 stories you liked on ITBusiness.ca in 2015 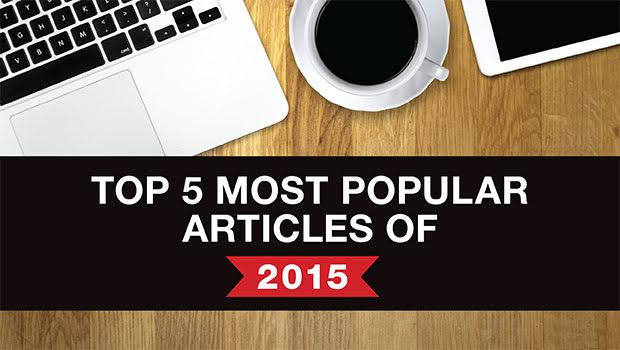 If there’s one theme that stood out for us in 2015, it’s that Canadians want to be Americans – at least when it comes to the technology services available to them.

Whether it’s the latest virtual assistant, a new way to pay with your smartphone, or just a great selection of movies and TV shows available for streaming, it seemed that Canadians were willing to go to great lengths to get what they wanted – including impersonating an American. It seems to be the year of looking for loopholes to try out certain technology services before our fellow Canucks. Some of these services have since been launched in Canada, while others remain exclusively south of the border.

We were happy to see that our well-read articles also drew a lot of discussion in the comments this year, a trend we’d love to see continue. Let us know what content you’re looking to see in 2016 right here!

When Windows 10 was launched worldwide this year, free for those already using Windows 7 and up, its virtual assistant Cortana was one of the most compelling features. Halo fans were keen to forge a relationship with an AI that is the namesake of Master Chief’s own digital guide. The rest of us just wanted Microsoft’s answer to Siri already.

Related
How To In Windows 10: Start up Cortana in Canada

So when Canadians learned that Windows 10 wouldn’t be available to them right away, it was a disappointment. To lighten the day of Windows 10 Canucks everywhere, we explained the steps one could take to trick Cortana into thinking you were based in the U.S. and to turn on. The story was read thousands upon thousands of times, and readers even discussed the situation in our comments thread, and at one point got into a very Canadian apology competition (look below the articles).

When we saw the reaction to the story, we later followed up with a video about how to accomplish using Cortana in Canada. It was also very popular.

It seems like just about every Canadian is on Netflix now. Many that are using the online streaming service also don’t want to accept limitations on their digital content library by virtue of their geographic location. By using a VPN service to simulate being based in the U.S., Canadians can access the wider variety of content, unfettered by broadcasting rights. Yet doing so is against Netflix’s terms of service.

This story was the first time Netflix confirmed it was actively trying to discourage VPN services from being marketed as a workaround. It came in a cease-and-desist letter to Turboflix.com, the service in question. Yet that service is still operating today, and continues to cite Netflix’s brand in its marketing materials. Judging from the comments, more people were interesting in using the service than they were in Netflix’s attempts to shut it down.

Number 3
How to use Apple Pay in Canada

Continuing the theme of Canadians pining for American technology services, Apple Pay‘s lack of emergence onto the Canadian scene at its launch in October 2014 was also a hot topic. Our story looking at a way holders of American credit cards could make use of the service in Canada – even though the service wasn’t officially available – interested enough people to come in at number three, even though it was published in 2014. Of course since this story, Apple Pay has officially come to Canada, so long as you have an American Express credit card.

This is a case where the headline says it all. Promise someone money, and you’ll probably get attention. We were able to back up that promise with the story, detailing how Canadians that bought electronic devices containing memory between 1999 and 2002 were included in a class-action lawsuit. An online campaign being run by the lawfirm that won the suit in court sought to reach as many Canadians as possible in order to make good on the compensation offer. Sorry if you missed it, the deadline for filing for a $20 cheque in the mail has passed.

Number 5
How does the new Asus Zenpad hold up to the iPad and Galaxy Tab?

You might not expect that a story featuring a spreadsheet as its main content would be very popular, but here we are. When the Asus Zenpad was announced in the summer, we took a moment to put it side by side some of the other flagship tablets on the market and compare its specs. So expect to see more embedded spreadsheets on our stories in 2016!