The NBA is designing a new pregame show just for Twitter 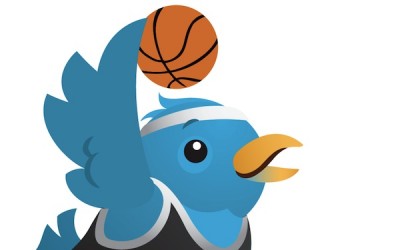 The NBA and Twitter partnership is growing, as the NBA will soon be creating original live programming exclusively for Twitter, the organizations announced this week.

A weekly pregame show will be produced for Twitter, and will feature an interface designed to integrate Twitter conversations into the show. While users will need an account to engage in the conversation, the show will be available for viewers who do not have a Twitter account.

The NBA has plans to reveal another live show for Twitter ahead of the upcoming season, but has not commented on what it might be about.

“We’re excited about bringing live content to Twitter, which has proven to be an ideal destination for real-time sports conversations,” said NBA Commissioner Adam Silver in a press release.  “We’ve seen technology bring fans closer to our game, teams and players in ways we could have only imagined a decade ago.  This expanded partnership will help feed our fans’ growing demand for the NBA by more deeply integrating the league across Twitter’s many platforms.”

While Twitter tested the live-streaming waters with Wimbledon this month, the NBA partnership will not feature any game streams. Fans were disappointed that the Wimbledon stream did not have any live game footage, and only featured analysis, live interviews and match replays. Neither Twitter nor the NBA have indicated if there are any plans for a basketball live stream in the near future.

In addition to the new shows, the NBA has also committed to bringing more video content to Twitter, Vine, and Periscope as part of Twitter’s Amplify program. According to the NBA, it will contribute: #NBARapidReplay highlights, #NBAVine highlights, #PhantomCam player arrivals, plays of the game, animated GIFs, #NBAmixtape custom edits, “Day in the Life” takeovers, behind-the-scenes footage and Periscope live streams of press conferences and interviews.

The 2016-17 NBA season will kick off in early October, and you can expect to see the new live programs up and running by then.

Jackie Atkins
Jackie Atkins is a competitive alpine skier, student and aspiring writer who primarily contributes stories about the intersection between technology and sports to ITBusiness.ca.
Previous article
Macy’s hires a new personal shopping assistant for customers – IBM’s Watson
Next article
Your customers can now update your Google Maps listing