Seth Pinsky, president of the New York City Economic DevelopmentCorp.,has played a key role as Mayor Michael Bloomberg’s right hand man indeveloping a sprawling, ambitious engineering school at a plot ofderelict land on the Big Apple’s Roosevelt Island. Bloomberg has toutedthe school, being built in a partnership with Cornell University, as aready-made tech hub that will give California’s Silicon Valley a runfor its money one day. 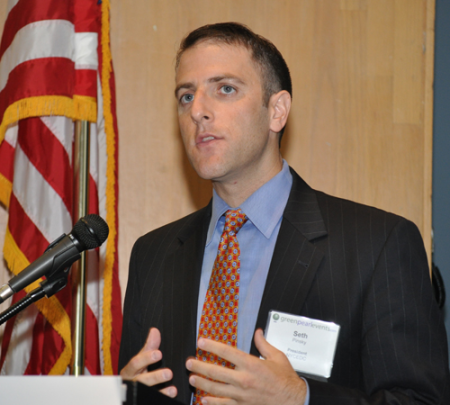 Seth Pinsky, who headed up plansto build a $2-billion tech campus in NYC, will speak at Toronto’sInnovation City conference this week.

Just 40, Pinsky also played a pivotal role in steering redevelopment ofthe World Trade Center site after the devastating terrorist attacks of2001. The words listed above were used to describe him in a NewYorkObserver profile. The New York Times(dubbing him “soft-spoken andunfailingly courteous”) recently named him one of the mostpowerfulpeople in New York City, crediting him with “dragging New York City’seconomy back from the brink of financial crisis.”

Related Story | Is NYC a tech hub model to imitate?

This week he’ll share his thoughts on how cities can become innovationcentres with a Toronto audience. He’ll speak at The Innovation City, atwo-day conference held July 18 and 19 at the MaRS Discovery District.

How managers and business owners can cultivate emotional intelligence at work