Telecommuting’s great…if you can overcome these 17 challenges

Telecommuting is great. I’ve been doing it full time for most of 20 years. But it isn’t perfect. Working at home has its own set of irritations, some of which aren’t well understood-particularly by those who don’t telecommute.

Some telecommuting frustrations are minor things that seem too petty to complain about, especially to those who are stuck in rush hour traffic. Others are major problems that can affect your career. This article lists some from each category, provided by real telecommuters who have entirely too much personal experience.

Are these minor? Sure. Would they keep you from telecommuting? No. But they sure do add up.

1. No free food. During tight deadline crunches and at team get-togethers, the office brings in lunch for in-person meeting participants. People who work at home are excluded from the free pizza, office donuts and holiday potlucks.

Considering the generally poor quality of such food, and a telecommuter’s freedom to toddle down the hall to the kitchen, this may not sound like a big deal. But it works to exclude the remote team member from the community. Also, telecommuters can be motivated by pizza as much as anyone else is. (Besides, the kitchen can present its own danger. Many new telecommuters put on ten pounds because it’s entirely too easy to snack.)

2. Technology gets in the way.

You can’t count on coworkers or clients to have the PC skills or hardware necessary to set up a remote meeting with screen sharing, webcams, etc. A lot of time is wasted sorting out those issues. Nor is this problem limited to others: When your own Internet access gets flaky, you can’t get your work done.

3. You need to create a go-to-work routine.

For some, telecommuting is difficult because there’s no ramp-up time driving to the office, coffee in hand, during which a worker plans out the day.

4. You have no reason to dress up.

One telecommuting advantage is that you can work all day in your bathrobe. But it also means you never have an excuse to wear make-up or jewelry. And nobody compliments you about your beautiful new sweater. (It’s red.)

5. You miss the “meeting after the meeting.”

You see it all the time when you’re in the office: The meeting is supposedly over, everyone says their farewells, and the folks in the office hang up the speakerphone. Almost immediately, the conversation continues around the conference table in a far less inhibited way than it did when everyone was involved.

6. You find out about relevant events too late.

Team members can schedule events (such as training classes) so late that it’s difficult for telecommuters to arrange to travel to the office. Often, it’s too expensive or seemingly pointless to try to attend.

8. The many teleconference inadequacies.

Oh, there are so many! Few people understand teleconference etiquette, and telecommuters spend a lot of time on conference calls. For example: the annoyance of people who lead teleconferences (with a half dozen participants) and start out by saying, “Who’s here?”

Doing so makes everyone on the phone wonder if it’s their turn to speak up; or everyone talks at once. Instead: If this is your weekly meeting, just go around the table and take a roll call (“Joe?” “I’m here.” “Steve?” “Yup.” And so on.).

We could list several ways in which people could stand to improve their teleconferencing skills. (And in fact we have, in Running an Effective Teleconference or Virtual Meeting.) Here are a few more specific to telecommuting:

Being subjected to terrible music-on-hold. Worse, when you start to sing along… and that’s when you suddenly find yourself belting out Kenny Loggins’ songs in the middle of the teleconference. Uh… Hi, Boss!

Organizers who show up late. Telecommuters are stuck listening to music-on-hold for ten minutes, during which they wonder, “Was today the right day? Did I miss the meeting?”

People who don’t mute their phones when they’re in a noisy environment, so the entire team learns which plane is boarding but cannot hear each other speak.

People who refer to a lot of visuals without bothering to send the file to telecommuters; and then they don’t refer aloud to the data they’re pointing at.

Meeting organizers who forget to conference in the remote people for the meeting.

And that’s the minor problems.

Most of the items above are irritating, but other issues are more serious and have lasting effects on a team’s ability to collaborate and on an employee’s belief that he is a valued member.

When you signed on as a full time telecommuter, everyone (from management on down) agreed how often you would spend a week in the office (say, once every three or four months). But when the budget gets tight, the very first thing to be cut is the travel budget for your on-site trips. Doesn’t that make you feel special and valued?

This might sound like a “little” thing, but it has big ramifications: you miss body language, intonation and serendipitous hallway encounters that help build an organization’s integument. Despite e-mail, instant messaging and social networks, it’s not the same. (Which is why those quarterly visits are so important.)

11. The lack of immediate, nonverbal feedback.

When you attend a meeting in person, you can see when people look uncomfortable at an idea you propose, or when their body language indicates they are offended by a joke you tell. It’s hard to fix social or team problems that you can’t see.

12. You have to work harder to form interpersonal relationships.

There’s no small talk while getting coffee from a vending machine during a break in the meeting. That limits group effectiveness, but more importantly, it sucks a lot of the enjoyment out of the work experience.

This might sound like an advantage to those who are weary of never-ending tattletales, but it’s yet another way for telecommuters to fall out of the loop. On a personal level, it means you don’t know about a coworker’s family bereavement so you can sent a card; you don’t learn that someone got engaged, became a grandparent or took a leave of absence.

Professionally, it means you don’t hear about decisions that affect your work, and you miss general news from other departments, such as staff promotions and transfers.

14. Your family and friends don’t understand that you’re working at home.

You aren’t hanging around, ready to take on any “honey-do” task and infinitely interruptible. Too many people assume that you have all day every day to take care of logistics, with no work responsibilities.

Training children that “Daddy’s working” is hard. Training spouses is worse. (Pets, however, believe that your keyboard is the best place to sleep. That’s not necessarily a disadvantage, though.)

Telecommuters can sometimes feel as though they wear an invisibility cloak. You have to make an extra effort to connect with coworkers and clients. You can’t just stop by somebody’s office to get a quick question answered; you need to wait for him to respond to an e-mail message or phone call. Few people treat those communications media with the same urgency as someone standing at their office door.

Some companies still frown on telecommuting because they are sure that anyone working at home cannot be trusted to actually, gasp, work at home. Thus they put ridiculous and arbitrary barriers in place.

For example: requiring staff to create a work plan with management approval on what you would work on, then file a report a day later indicating how much you got done. (Yes, that’s a true story.)

17. Employees who prove the distrustful management view to be accurate.

Some people are not self-starters and treat their own work-at-home days the way their managers fear: I’ll dial in for the meeting, I’ll poke at some of my work, and I’ll spend the rest of the day playing on Facebook or doing personal errands.

Those “telecommuters” imagine that everyone has as poor a work ethic as they do. Such workers give the rest of us a bad name, and enrage telecommuters whose major problem-the much more common one-is that they can’t stop working. (Your computer calls to you. Constantly. Nights and weekends.)

That’s just the start, however. I’m sure you could add your own telecommuting pet peeves to the list-minor and major. Contribute your own in the article comments. 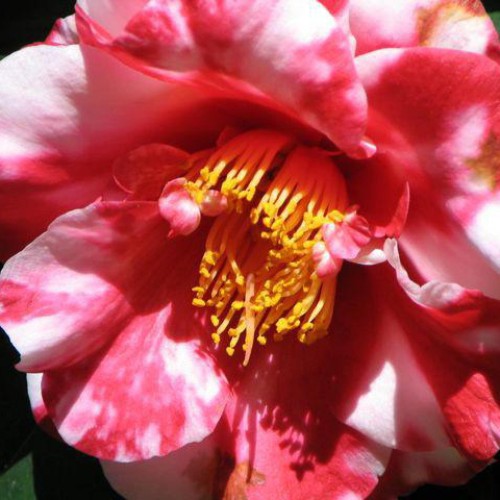