Telecom complaints jump by 35 per cent

Consumer complaints about Canadian telecom services rose by 35 per cent in the past year, with wireless services targeted by the bulk of unhappy customers for the fourth year in a row.

Wireless service was at issue in about 60 per cent of all complaints,according to the latest figures from the Commissioner forComplaints forTelecommunications Services (CCTS) reported in the Globe and Mail.

Billing disputes were involved in nearly 51 per cent of all complaints,followed by contract disputes in 27 per cent of cases. 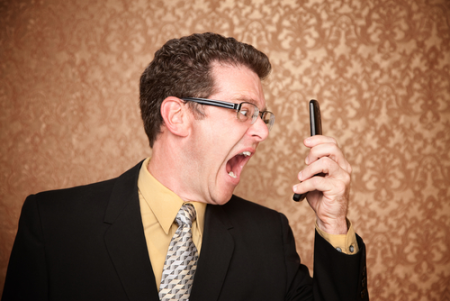 The CCTS was created by the federal government in 2007 as anindependent body to deal with complaints between customers and serviceproviders.Over the past year, 90 per cent of all complaints filed were resolvedto the satisfaction of customers.

Christine Wonghttp://www.itbusiness.ca
Christine Wong has been an on-air reporter for a national daily show on Rogers TV and at High Tech TV, a weekly news magazine on CTV's Ottawa affiliate. She was also an associate producer at Report On Business Television (now called BNN) and CBC's The Hour With George Stroumboulopoulos. As an associate producer at Slice TV, she helped launch two national daily talk shows, The Mom Show and Three Takes. Recently, she was a Staff Writer at ITBusiness.ca and is now a freelance contributor.
Previous article
Microsoft Surface hardware hurt by lacking Windows RT: reviewers
Next article
Windows 8 buying intentions tepid: survey