TCL’s BlackBerry KeyOne family is growing yet again, this time with a Bronze Edition.

If you’ve picked up the original BlackBerry KeyOne or the Black Edition, you’ll be familiar with the new Bronze Edition. On the surface level it is nearly identical to its predecessors, just this time it has a bronze body and bronze colour accents on the chassis, power button, and volume key.

Internally, the KeyOne Bronze Edition is equipped with the same Qualcomm Snapdragon 625 processor, 4GB of RAM, 64GB of internal storage, and 3,505 mAh battery. 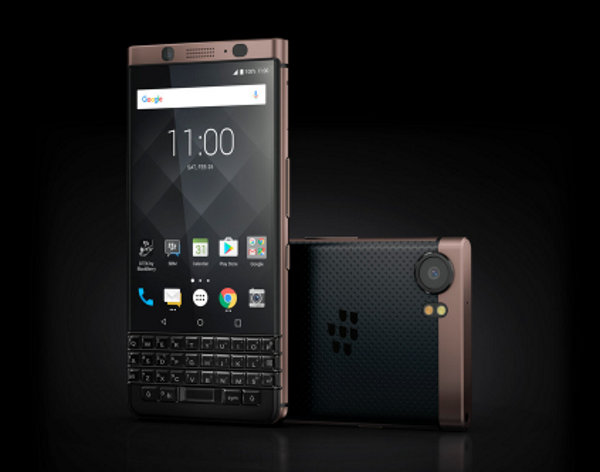 But similar to how TCL fixed manufacturing problems with the Black Edition and gave it a bit of a RAM boost over the original KeyOne, TCL included new dual-SIM support in the Bronze Edition. This is ideal for business users who travel internationally often, and would allow potential Canadian users who are often in the U.S. to slip a U.S. SIM inside alongside their Canadian SIM.

Alex Raduhttp://www.computerdealernews.com
is a Video Producer for IT World Canada. When not writing or making videos about the tech industry, you can find him reading, watching TV/movies, or watching the Lakers rebuild with one eye open.
Previous article
TD Bank acquires enterprise AI firm Layer 6
Next article
Why Tony Lacavera is investing in the blockchain