Tablets being purchased as additional device, not PC replacement: NPD 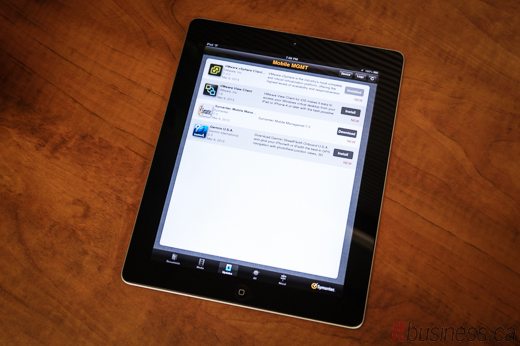 More ammunition for the “PC survives” side of the “PC, dead or not?” debate, as a report from market research firm The NPD Group indicates tablets are supplementing, not replacing, traditional laptop and desktop computers.

The study, “Understanding the Canadian PC and Tablet Buyer,” found that tablets are becoming an impulse buy, with one in three tablet purchases being unplanned, as opposed to one in four for desktops and one in five for laptops.

“Unlike buyers of desktops and notebooks, we’re seeing more spontaneous tablet purchases,” said Darrel Ryce, director of technology and entertainment at NPD, in a statement. “Shoppers are impressed not only by the technology, but also by the ease and mobility of these devices. Combine this with competitive pricing and it’s easy to understand why tablets are putting the pressure on the desktop and notebook segments.”

Of those who do plan their purchases, 53 per cent said they plan to buy a tablet within two years, while 43 per cent will buy a desktop and 35 per cent a laptop over the next four years.

“Tablets are being purchased as an additional device, not replacing the primary desktop or notebook, so they are bought more frequently,” said Ryce. “In particular, the desktop PC repurchase cycle is being extended. With an average of three computers in the home, Canadians are opting to wait longer to buy a new desktop now that they have multiple – and often more convenient – technology to work with.”

This explains the slumping numbers seen for traditional PC shipments, which NPD confirmed, reporting a 12 per cent drop for desktops and 19 per cent for notebook sales in 2012, compared to 2011.

According to NPD, the average Canadian buyer spends $627 on tablets annually, including accessories. Purchasers spend $927 on notebooks and $1127 on desktops.

The study also found that Apple buyers care much more about brand than PC buyers (45 per cent versus 11 per cent, and are more selective about where they buy. PC buyers tend to pick their retailer based on price, while Apple buyers focus on knowledgeable retail staff.

Jeff Jedras
Jeff Jedras is a technology journalist with IT World Canada and a member of the IT Business team. He began his career in technology journalism in the late 1990s, covering the Ottawa technology sector for Silicon Valley North and the Ottawa Business Journal. He later covered the technology scene in Vancouver before joining IT World Canada in Toronto in 2005, covering enterprise IT for ComputerWorld Canada and the channel for Computer Dealer News. His writing has also appeared in the Vancouver Sun & the Ottawa Citizen.
Previous articleInvestment regulators latest in long line of high-profile data breaches
Next articleFour reasons the Windows Start Button must return