A new study will soon put the open data practices of Canadian municipalities under the microscope.

The study, to be officially launched on Oct. 21 at the i–Canada Summitin Montreal, will be the first in-depth compilation and analysis of thestate of open data at Canadian municipalities, said Fawn Annan,president and group publisher of IT World Canada. 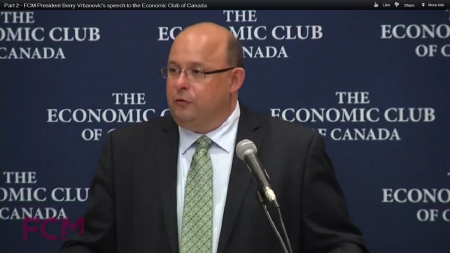 “Open data has been identified by governments around the world as oneof the most important technological benefits of the digital age. Itpromises to have major impacts on every stakeholder group within thecommunity and as such, is worthy of intense study and clearunderstanding,” Annan said.

The study will compile and analyze aspects of open data such as legaland security issues, the latest IT applications being used for opendata adoption, connecting municipal open data programs with those atthe provincial and federal levels, and managing the public’sexpectations of open data.

Along with IT World Canada (parent company of ITBusiness.ca), i-Canadaand its parent organization the Canadian Advanced Technology Allianceare also teaming up to produce and release the study, which is beingchaired by Berry Vrbanovic, immediate past chair of the Federation ofCanadian Municipalities.

Twenty-eight Canadian communities have launched open data initiativesand six of those have open data portals that are functioning today.

Christine Wonghttp://www.itbusiness.ca
Christine Wong has been an on-air reporter for a national daily show on Rogers TV and at High Tech TV, a weekly news magazine on CTV's Ottawa affiliate. She was also an associate producer at Report On Business Television (now called BNN) and CBC's The Hour With George Stroumboulopoulos. As an associate producer at Slice TV, she helped launch two national daily talk shows, The Mom Show and Three Takes. Recently, she was a Staff Writer at ITBusiness.ca and is now a freelance contributor.
Previous articleTech startups Polar Mobile, TribeHR on list of 50 most engaged workplaces
Next articleGuardly app becomes Toronto school’s pocket panic button