Streaming delays aren’t anyone’s idea of a good time – but mobile service providers and their marketers might be surprised to learn just how distant from “a good time” they really are.

According to a recent biometrics-based study conducted by Swedish telecom giant Ericsson, a delay in loading website pages or videos can increase the average mobile user’s stress levels by around 38 per cent – roughly the same rate as taking a math test or watching a horror movie alone. 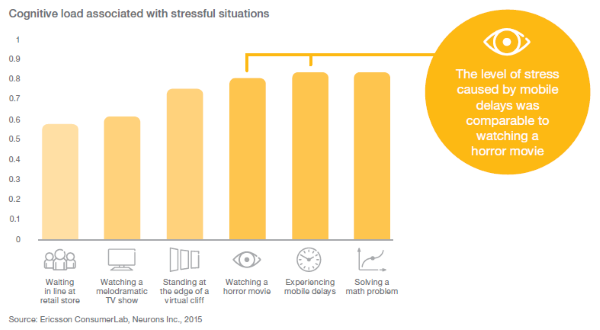 “This surprising finding suggests that major delays can even cause the whole industry to suffer a loss of brand equity,” researchers wrote in the latest edition of the Ericsson Mobility Report.

To conduct the study, Ericsson researchers randomly selected 30 Copenhagen-based volunteers ranging from 18 to 52, all of them mobile broadband subscribers who regularly browsed and streamed video on their smartphones. Each participant was fitted with pulse meters, eye-tracking glasses, and wireless electroencephalography (EEG) headsets, then issued an Android smartphone with what appeared to be a mobile broadband network connection and asked to complete 18 tasks in 20 minutes. 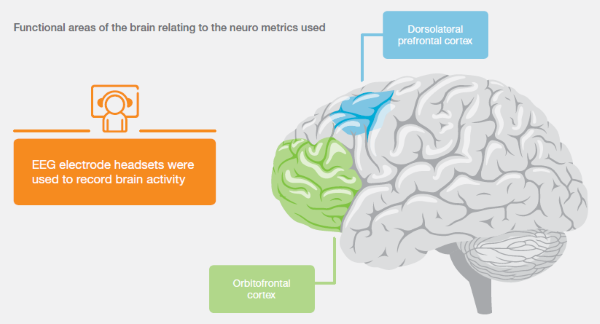 Unknown to the subjects, they were divided into three groups, each one set up with a different range of pre-determined delays that hindered them from completing their tasks, which involved navigating through news articles and YouTube videos: 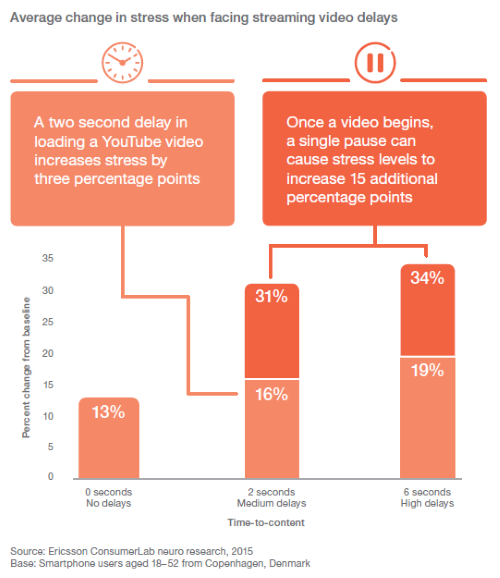 So what’s the takeaway for mobile service providers and marketers?

“When consumers turn to their smartphones to find information quickly, they want an instantaneous response,” the researchers write – and by meeting that want, service providers and their staff stand to gain a great deal.

Otherwise they risk losing customers – and public perception of their industry along with it.

Eric Emin Wood
Former editor of ITBusiness.ca turned consultant with public relations firm Porter Novelli. When not writing for the tech industry enjoys photography, movies, travelling, the Oxford comma, and will talk your ear off about animation if you give him an opening.
Previous article
Business execs have a cybersecurity blind spot: IBM study
Next article
How big data is leading to big changes at CIBC

TekSavvy partners with Ericsson to upgrade broadband for over 30,000 households in...