Stratford: From Shakespeare to smart grids

Lush gardens and Victorian architecture, antique shops and artists’ studios, Shakespeare and theatre – these are the familiar images that come to mind when Stratford is mentioned. But the southwestern Ontario municipality named after England’s Stratford-upon-Avon, has been undertaking a gradual transformation in recent years.

Stratford was named among 21 Intelligent Communities in 2011 and this year is ranked in the top seven by the Intelligent Community Forum (ICF), a New York-based think-tank promoting the use of broadband internet access for economic and community development.

It’s not that Stratford will be chucking its idyllic aura and boarding up the theatres and bed and breakfasts anytime soon. On the contrary, the city owes its ICF standing to how it successfully marries its old world charm with the municipal government’s commitment to build a digital media industry and invite tech companies into the city.

“The projects we have undertaken to introduce and support new technology has helped boost both new business and existing local businesses based in our traditional arts and tourism industry,” says Dan Mathieson, the Mayor of Stratford.

Stratford’s move towards becoming an “intelligent community” began more than five years ago as a plan to prepare the city of 30,900 for the 21st century digital economy, he says. “It’s not so much as replacing the old industries but rather helping them adapt to the changing landscape.” 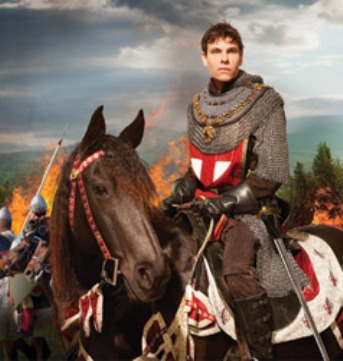 Underpinning most of the developments are: The city’s tie-ups with the University of Waterloo to develop post secondary education facilities that teaches technology courses in Stratford; a WiFi and broadband network covering much of the 1,146 square-km municipality to support both business, education and public sectors; development of a smart grid covering the city to help residents monitor and save energy; and an aggressive campaign to invite tech companies into the city.

Louis Zacharilla, co-founder of the ICF, lauds the city for taking what he calls “homegrown components” such as Stratford’s popular Shakespeare Festival and making it an even larger industry through the use of digital media.

The ICF also points out Stratford’s successful efforts at enticing high-tech companies to setup facilities in the city. “You’re beginning to see companies like OpenText and others involve themselves in the community in significant ways,” said Zacharilla. “The municipal government is also inviting companies like Toshiba to use the city as a test bed…to invest in it and make it a place we can do business with.”

Research in Motion is also doing some testing in Stratford and the Royal Bank of Canada built a $400 million data centre in the city after looking into other possible locations.

“It’s not a big community, but they think very big,” Zacharilla says.

Nestor Arellano is a Senior Writer at ITBusiness.ca. E-mail him at [email protected], follow him on Twitter, connect on Google+, read his blog, and join the IT Business Facebook Page. </div