If the business managers at your organization have ever given instructions on having an app made to developers, and six months later were given a completely different product than they were expecting, then you might be interested in Blueprint Software Systems Inc.’s Storyteller for JIRA release.

Adapted from its full software suite Storyteller launched in June, Storyteller for JIRA is an add-on available to users of the Atlassian cloud-based software for managing agile development. The purpose of the plug-in is to target a common complaint of developers – they could deliver projects much more quickly if only there was more clear communication on the requirements of the software. To understand what software needs to accomplish, developers rely on “user stories” – literally a description of what the user should be able to accomplish with the software.

“What often happens is a business has a great idea, and then developers go and code it, and six months later they bring it back to the business, that says ‘this isn’t what I was thinking about at all,” he says.

So Storyteller helps businesses speak the language of developers. It does so with a visual process model that is similar to a workflow chart. It breaks it down into several essential elements that must be understood to create a program: 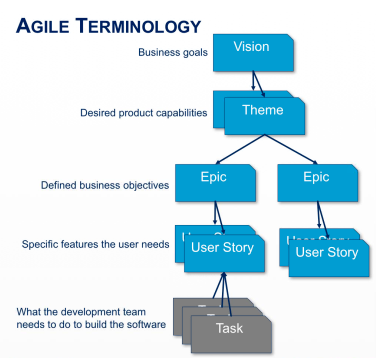 Since the agile method of development involves a flexible model in which different developers could be working on differet modules of the same software, providing a clear understanding of the overall goal is important. JIRA is a popular tool to help manage that process, and Blueprint says Storyteller can help accomplish a key part of the process – understanding user needs.

As softare is being deployed to solve more and more problems in the business world, Matsugu says, it’s more important than ever to move quickly. Good communication can help developers avoid revisitng work they’ve already done (called “rework”) because of a misunderstanding.

As a business manager is building their user stories, they can dig down into different parts of the process to provide more detail on what’s required. They can also add visual elements such as a product mockup or a screenshot to convey what the end result should look like. When they’re done, Storyteller for JIRA output a set of simple text statements for developers to refer to, and they can click through the flow charts for added context.

Storyteller for Jira is available to install from Atlassian’s Marketplace. There’s no set pricing for the product, as Blueprint negotiates with each client separately, according to Matsugu.