Canadian startups keen to head south for Silicon Valley might want to look at some new Danish research before packing their bags.

The data suggests that staying close to home is key to startup success.

Researchers Olav Sorenson and Michael Dahl studied 13,166 Danishstartups founded between 1995 and 2004 and discovered that thoselocated close to the founder’s hometown (or near a city the founder haslived in for a long time) perform better than startups based in citiesfar from their founders’ roots.

Companies launched in an area where the founder had lived for anaverage of 6.4 years had a nine per cent lower failure rate thanstartups launched in cities that were new to the founder. Startupslaunched close to home also took in $8,172 more in annual profits thanthe companies started further from their founder’s home base. 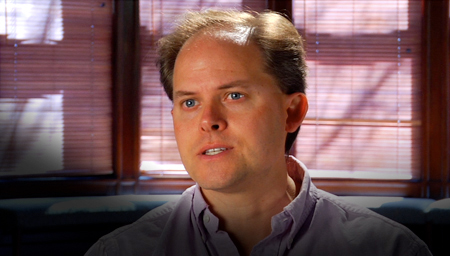 Do you have to fly south forstartup success? Not necessarily, says Danish researcher Olav Sorenson(above).

In fact, the longer a founder had lived in the city prior to launchinga startup, the greater the company’s success rate. Each year ofadditional time spent in the city before a startup’s launch translatedinto an extra $1,362 in profits.

The Danish study surmises that social contacts are important forstartup success because they give founders an existing network ofpotential partners and employees they might already know and cantherefore trust.
That doesn’t mean startups should never relocate, however. If a startupis asked to move as a condition of receiving venture capital, theyshould go, Sorenson said, because the VCs can connect them quickly tolocal resources like contacts, suppliers and talent in their new regionto mitigate some of the downside of relocation.

But startups who aren’t being offered VC money would probably do betterto stay close to home, though, Sorenson added. That meshes with advice from Anthony Lee, theCanadian-born co-founder of the C100, a group of Canadian techinvestors and execs helping fellow expats succeed in Silicon Valley.

“I don’t think (Canadian startups) should necessarily move to the Valley,” Lee toldITBusiness.ca back in December. “If you’re in technology, it’simportant to be part of the Valley scene through networks like C100,through developing relationships with corporate partners, investors andentrepreneurs. But you see great companies like Radian6 that don’tuproot their entire staff from New Brunswick to move down here.”

The prevailing wisdom used to be that Canadian tech startups had to flysouth to succeed, but Canadian firms Rypple and Radian6 have bothchallenged that idea by staying in Canada and continuing to thriveafter being acquired by U.S. giant Salesforce.com.