Virtual store opens in Toronto
Starting today Guelph, Ont. startup Well.ca has opened what it callsthe first QR code virtual store in North America on one wall inside theBrookfield Place office tower in downtown Toronto. The “store” will beup and running from April 2 to 30. Consumers who want to give it a tryhave to download the Well.ca app for iPhone, Android or BlackBerry,then visit the virtual store (seen in the photo below) to scan the QRcodes for the products they want to buy. Certain items (including some under the Tide,Crest and Pampers brands) can be purchased this way during the limitedpromotion, which includes free shipping of purchased items to almostall locations in Canada, according to a news release from Well.ca. The2008 e-commerce startup sells over50,000 health, beauty, household andpersonal care items from its site.

FundRazr scores with Tiger Woods
Tiger Woods is taking another shot at charitable crowdfundingwith the help of Vancouver startup FundRazr. The PGA superstar haspicked the company’s technology to run a fundraising drive on hisFacebook page aimed at raising money for scholarships named after hislate father Earl Woods. It’s the second time golfer Woods has usedFundRazr’stechnology; the first project, to raise money for Save the Children andAfrican famine relief, has raised over $90,000 in just over a week,TechVibes reports. 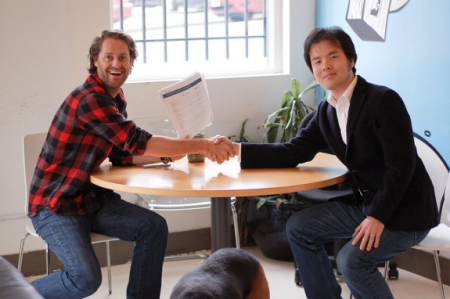 ITBusiness Staff
Previous articleNew iPad heat not a hot-button issue for consumers
Next articleExpress IT: Comparing Apple and Raspberry Pi