Square announces the release of a new POS terminal 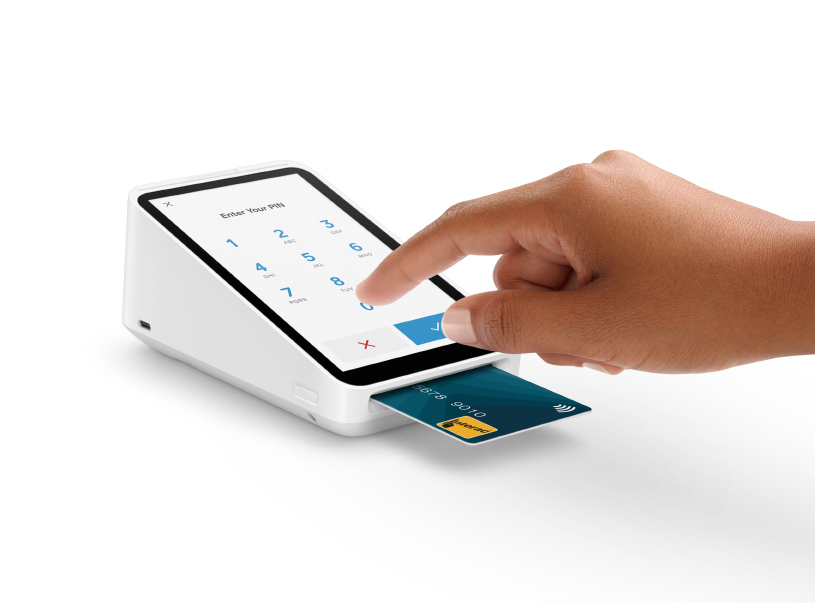 A new point of sale system from Square Inc. is available for order, as announced by the company yesterday.

Dubbed Square Terminal, Square said in its press release that it’s designed to replace the traditional credit card payment systems as well as the more modern POS systems that can operate on devices like iPads; allowing for the capability to accept all the forms of payments that those systems do, all together in one device.

Additionally, Square said business owners won’t be bogged down by the long-term contracts that usually come with those more traditional systems.

“Payment terminals are everywhere, from barbershops to dental offices to furniture stores, and most of the time these businesses are using 1980s calculator-style keypad card machines with complicated contracts and are paying extra fees,” said Jesse Dorogusker, head of hardware at Square. “Businesses are better served with elegant hardware, transparent rates, and no long-term contracts, ever.”

Ramin Samani, the owner of a leather repair and key-cutting shop in Toronto, was given early access to the device and said Square Terminal has become essential to operating his business.

“Finally, there is an honest payments system and it’s simple to understand fees with Square. I was fed up with the other payments providers I tried,” said Ramin. “I love how Square Terminal does it all and it just works. I even get compliments from my customers on the way it looks.”

The Square Terminal is a mobile unit that can connect through Wi-Fi and Ethernet and has a battery that Square said lasts an entire day.

Buckley Smithhttps://www.itbusiness.ca
Staff writer for IT World Canada. Covering the world of technology as it applies to business. Buckley is an avid sports fan who loves travel, food, and music. Can be contacted at [email protected] or 416-290-2000.
Previous article
Huawei unveils its own smartphone operating system, calls it a ‘backup plan’
Next article
Hashtag Trending – Carrier price drop; Uber losing money; Facebook being sued again