Sony expects its net loss for the fiscal year ending March 31 will be more than double what it forecast two months ago. 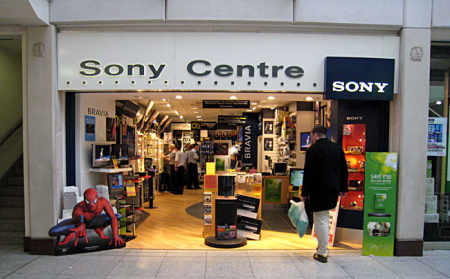 Sony is struggling with a strongyen and stiff competition from Samsung and Apple.

The struggling tech giant said the increase was due to large one-timetax expenses generated overseas, which will be booked in the later partof the fiscal year. It did not change its forecast for sales oroperating income, which it has already said will also be downdrastically from the year-earlier period.

Sony is due to officially reportits annual earnings for the periodnext month.

The tax charges are mainly due to losses that have piled up in the U.S.in recent years, which have led to lower valuations for some of thecompany’s business assets, it said.

The massive tax hit is the latest bad news for what many consider to beJapan’s tech bellwether. Sony had strong hopes that it could reverseearlier losses last year, and as recently as July predicted it would beprofitable.

Like many of its domestic peers, however, Sony was unable to overcomerecent factors such as the strong yen and production disruptions fromevents including massive flooding in Thailand. It has alsofailed toturn around its struggling TV business, or generate the same kind ofenthusiasm for its products among consumers as have rivals Apple andSamsung, which have both said theyare on track for record profits.

But Sony also sounded a positive note for the current fiscal year,saying it aimed for a strong profit of ¥180 billion. New President andCEO Kazuo Hirai, who took the reignsthis month, has restructured thecompany to focus on mobile products and network services. Hirai is dueto address reporters on his corporate strategy in Tokyo on Thursday.

Fujitsu attachment turns every mobile device into a 3D camera