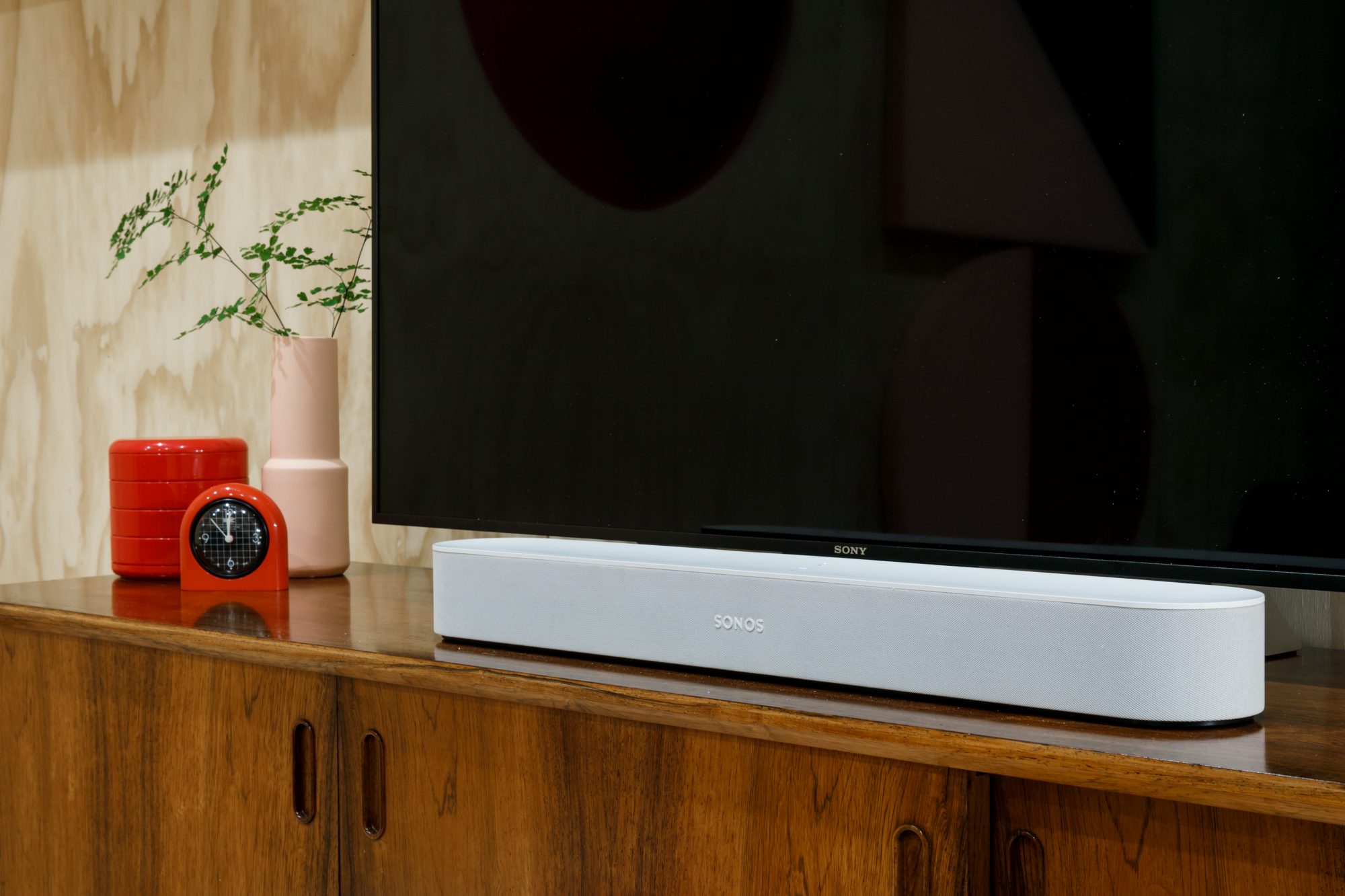 In a tiny living room in the west-end of Toronto, Sonos head of global product marketing Michael Papish says “Alexa, play Man in the High Castle.”

The Sonos Beam he’s demoing blinks its lights as Amazon’s voice assistant wakes up and turns on the TV via the HDMI-CEC connection. Thanks to the Amazon Fire TV Stick with Alexa Voice Remote (not yet available in Canada), the Amazon Prime original show’s credits sequence appears on screen, the music easily filling the small space inhabited by the soundbar.

It’s a simple point of the demonstration, but it speaks volumes of the Sonos strategy. With the company filing papers today to go public with the stock ticker SONO on the NYSE, Sonos stands ready to carve out a sweet spot in the booming smart home market.

Juniper Research estimates smart speakers will see a growth rate of 1,000 per cent between 2018 and 2023. That’s an increase from 25 million voice assistant devices in the market today to 275 million in 2023. The device growth is being driven in part by consumer desire to easily control their smart homes, the research says.

Juniper predicts that connected appliances will increase shipments at a rate of 80 per cent per year for the next five years, further pushing the smart speaker as a norm for conducting household chores. It also assesses Amazon to be the leader in this space, thanks to Alexa’s cheap hardware and the many Skills that developers have created for it. But Juniper doesn’t account for Sonos, which has access to into that same ecosystem and more.

In its S-1 filing with the Securities and Exchange Commission (SEC), Sonos reported a net loss of $14.2 million on revenue of $992.5 million for the most recent fiscal year. While it’s operating at a loss, that is an improvement from the previous year and the revenue is growing. With Sonos, there’s good reason to believe it will continue to grow into the black – so long as its partners continue to cooperate.

Sonos devices like the One and the Beam offer more than meets the eye. More important than their function is the rich eco-systems of content and voice-based skills that they can now access. What sets Sonos apart from the other connected speakers that litter the shelves of Best Buy is its partnerships with Amazon, Google, and Apple.

Two of its products – the Sonos One and the soon-to-ship TV soundbar Sonos Beam – already support Amazon’s Alexa voice assistant and will soon be adding Google Assistant as well. That gives this smart speaker an advantage over even what Amazon’s Echo or Google’s Home can offer by providing access to both leading voice user interfaces. Sonos users may tap into Alexa’s Skills or Google Assistant’s Actions. It also supports Apple’s AirPlay 2 streaming format, allowing it to integrate into even the most strict Apple snob’s living room.

As an analogy to understand the potential value of this, imagine an independent smartphone maker launched a device on the market that ran a new operating system that could install both iOS App Store apps and Google Play apps. It’d immediately have the broadest app eco-system available. That’d be a compelling offer for many smartphone app auteurs.

When the iPhone was first launched, it impressed the market. But it wasn’t until the App Store was introduced (almost exactly 10 years ago, on July 10, 2008) that the device became truly disruptive. It was the access to those first 500 apps that created the true value of the eco-system and today there are more than 2 million available apps for iOS. (Google Play’s store has nearly twice that number with 3.8 million).

The difference between Apple and Sonos is that Apple was the master of its own destiny by controlling both the hardware and the software eco-system supporting it. Sonos must count on its partners continuing to provide the free access to their voice assistant services and wider “Skills” eco-systems. In the S-1 filing, in which it’s required for a company to state risks to the business, Sonos writes that its agreement with Amazon would allow it to disable Alexa on its devices with limited notice.

That’s the weakness. But being platform agnostic can have its strengths as well, Papish says. It widens the product appeal for customers that don’t have to worry about whether their new smart speaker purchase will play along with the rest of their smart home gear.

“The idea that you have to decide now that it’s only going to work with Google or only with Apple is not very customer friendly,” he says. “We want to build a Sonos speaker that works with these other systems.”

Asked if Amazon or Google ever flinch when learning of Sonos’ intent to support multiple assistants, Papish explained that Amazon has the motivation to push Alexa’s use on its hardware as well. The more microphones to speak to Alexa in your household, the more likely you are to speak to it.

“They don’t make it super easy for us – they’re not saying ‘Hooray you’re going to buy Google and Amazon, here’s all the code you need,’ – but they do ultimately care about the quality of the experience and earning loyalty that way.

For Sonos, the profit is in the partnerships

The Sonos hardware is also differentiated from that made by Amazon and Google thus far. Whereas Amazon focuses on low-cost speakers that get Alexa into the household, Sonos focuses on premium speakers for audiophiles. The recently launched Google Home Max may be seen as competitive with Sonos products, but it doesn’t offer the HDMI optical connection that the Sonos Beam does for use as a TV soundbar.

So long as the tech giants fighting for market share in the voice assistant space don’t feel threatened by Sonos’ hardware products and see it as a way to extend their reach, it’s more likely than not to enjoy success as a go-to solution as a streaming speaker and smart home hub.