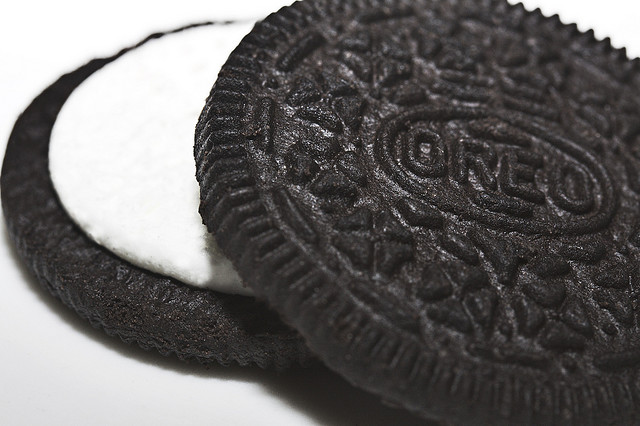 There’s a strong Canadian flavour to the latest batch of startups chosen to partner with snack food and candy maker Mondelez International Inc.

Four of the eight startups the company selected for its Shopper Futures program are Canadian: Aislelabs, Sampler, Turnstyle and Freckle IOT, all based in Toronto. (The remaining four hail from the U.S.)

Hundreds of startups from across North America applied for Mondelez’s Shopper Futures initiative, but only 18 were chosen to present ideas at a pitch day held in New Jersey last month.

“I’ve been really impressed. Canada had some of the strongest startups at the table,” said Kristi Karens, director of media and consumer engagement at Mondelez Canada.

Those 18 pitch day competitors were whittled down to the final eight startups, who will be teamed up with managers of Mondelez brands (like Oreo, Trident and Cadbury) and various retailers (such as 7-Eleven and the Metro grocery chain).

After being paired up with specific Mondelez brands and retail chains, each startup now has 90 days to develop a pilot project showing how their tech concept “will help address a business problem or need” within the retail sector, said Karens.

Shopper Futures follows Mobile Futures, Mondelez’s 2013 startup program focused solely on mobile retail technology. Both are aimed at identifying digital and mobile innovations that can disrupt the retail space, especially to help retailers engage with buyers in ways they not only expect today but demand.

“Consumers are increasingly using their mobile devices. We want to be smarter and more relevant in how we communicate with people. It’s all about being shopper-driven,” said Karens.

Earlier this year, Deloitte researchers suggested that conversion rates among shoppers using mobile devices in-store are 40 per cent higher than for consumers who don’t use their phones and tablets inside bricks-and-mortar stores.

For Shopper Futures, Toronto startup Freckle IOT is working on a pilot project involving Mondelez’s Oreo and belVita snack brands and retailer 7-Eleven. According to Freckle IOT’S president and CEO, Neil Sweeney, Shopper Futures is a rare opportunity to work with a global partner.

Freckle IOT develops mobile apps for wearables, home appliances and beacons. In April, it partnered with New York-based Blue Bite to deploy 60,000 mobile beacons across the U.S., creating one of North America’s largest networks of advertising beacons. Consumers who have downloaded a participating retail app to their mobile device can receive related marketing content on that device when they pass by beacons placed outdoors on billboards, lamp posts, digital screens and transport shelters.

Although Sweeney can’t reveal too many details about Freckle IOT’s Shopper Futures concept just yet, he said his pilot project will involve “a small campaign, let’s say eight weeks, in a variety of 7-Eleven stores to gain some learning with the hope of expanding that on a much larger scale.”

After assessing results from the pilot projects, Mondelez hopes to develop the most promising ones for fully scalable deployment by the end of this year, Karens said.

Christine Wonghttp://www.itbusiness.ca
Christine Wong has been an on-air reporter for a national daily show on Rogers TV and at High Tech TV, a weekly news magazine on CTV's Ottawa affiliate. She was also an associate producer at Report On Business Television (now called BNN) and CBC's The Hour With George Stroumboulopoulos. As an associate producer at Slice TV, she helped launch two national daily talk shows, The Mom Show and Three Takes. Recently, she was a Staff Writer at ITBusiness.ca and is now a freelance contributor.
Previous articleIDC sees tablet market slowdown accelerating
Next articleIt’s time to start thinking about securing the Internet of Things: Dell