The credit crunch has been tougher for small and medium-sized businesses than for large companies, according to newly compiled by the Organization of Economic Co-operation and Development (OECD). The OECD is an organization that promotes policies that will improve the economic and social well-being of people around the world.

Small and medium-sized enterprises (SMEs) requesting loans between 2007 and 2010 faced higher interest rates than for large companies, according to the OECD Scoreboard Loan. Conditions for SMEs also included shortened maturities and increased demands for collateral, the report said.

Although interest on loans to SMEs trended downwards throughout the financial crisis, the interest rate spread between SMEs and large firms increased, including during the tentative recovery of 2010. The easier credit terms for large companies suggests that smaller firms were considered to be a higher risk with poorer business prospects, the report said. 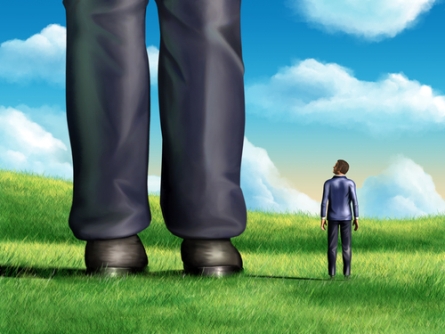 SMEs are crucial engines of economic growth, jobs and social cohesion, according to the OECD. In many countries they represent around 99 per cent of all firms. Access to finance remains one of the biggest challenges in the creation, survival and growth of small firms.

Analysing data from 18 countries, the report finds that business loans to SMEs fell sharply during the recession and although they picked up somewhat in 2010, they generally failed to reach their 2007 levels. Venture and growth capital also suffered a big drop during the period studied.

The fall in demand for goods and services during the crisis, combined with tighter credit conditions, hit the cash flow and liquidity of SMEs hard, resulting in increased payment delays. Many firms were forced into bankruptcy, contributing to the continuing high levels of unemployment levels in many regions.

The OECD report fills a longstanding gap in data needed to monitor SME finance using comparable indicators. The report aims to increase understanding of SME financing needs, help in the design and evaluation of policies and monitor the implications of financial sector reforms on access to funding for small businesses. The report provides detailed country profiles of financial conditions for SMEs.

Financial inclusion was identified as a G20 priority at the Seoul Summit in December 2010. In 2011 leaders of the G8 countries meeting at the Deauville Summit tasked the OECD, along with a number of international institutions, to identify impediments to SME growth.