Samsung Canada announced that it’s bringing two of its new Galaxy peripherals to Canada on Friday, with the launch of the new Gear 360 camera and its DeX docking station that provides a desktop-style experience for your smartphone.

The 2017 model of the Gear 360 was unveiled by the Korean manufacturer March 29. The updated hardware supports 4K resolution video with a 360-degree camera. It uses 8.4-megapixel image sensors with two dual fisheye lenses with Bright Lens F2.2. 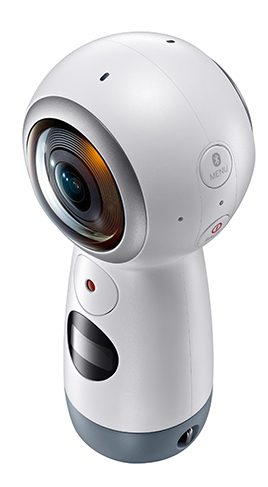 The connected camera is supported with software that allows its users to easily capture video and edit it, with stylistic filters to add to the fun. But it can also support live broadcasting to Facebook, YouTube, or Samsung VR. The camera could be plopped down in the centre of any table to turn it into a video conferencing outpost that supports several users.

Samsung DeX is a totally new piece of hardware and made with mobile professionals in mind. Currently compatible with Samsung Galaxy S8 and S8+ smartphones, it provides an Android-based desktop-style experience to let users connect a monitor and peripherals to their smartphone. From there, they can use it to do everything you’d expect – access apps, edit documents, browse the web, watch videos, and respond to messages. It’s even compatible with Microsoft Office and Adobe’s mobile apps. 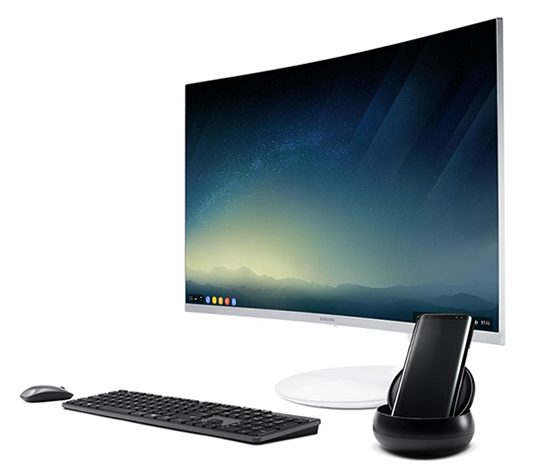 The DeX is a docking station for your smartphone. It requires an HDMI monitor and the keyboard mouse peripherals must connect with Bluetooth or RF. The hub also offers two USB 2.0 ports, Ethernet, and is powered with a USB-C power cord.

Currently, TheSource.ca is selling the Samsung DeX station for $249.99.

Brian Jacksonhttp://www.itbusiness.ca
Editorial director of IT World Canada. Covering technology as it applies to business users. Multiple COPA award winner and now judge. Paddles a canoe as much as possible.
Previous articleCinemaTech: The Circle knows that an evil Google would be welcomed with open arms
Next articleMobile makeup marketing: The Canadian innovation behind connected cosmetics