After hitting it out of the park with the Galaxy S8 last year, Samsung is playing it safe with the Galaxy S9 and S9+, keeping a very familiar body, while adding new features around the camera, augmented reality, and facial recognition.

At its core, the Galaxy S9 is truly just a small upgrade from the S8. In fact, place both phones in the hands of your average person and they likely wouldn’t be able to tell you which is the newer device. But that’s okay. Samsung nailed it with its 5.8-inch Infinity Display, which is largely considered to be the best OLED display on the market. For the S9, that display is largely the same, except for an added 15 per cent increase in brightness that puts it on par with the Galaxy Note 8.

Otherwise, both the S9 and S9+ are nearly identical to the S8 and S8+ in design. It has the same resolution, curved sides, rounded corners, Gorilla Glass protection, IP68 dust and water resistance, and yes, it still has a headphone jack. All the buttons are nearly in the same place, including that unfortunate Bixby button, except for the fingerprint sensor which now rests below the camera in a much more accessible position.

The big change that Samsung is touting with the release of the S9 and the S9+ is the improved camera features due to a reimagined camera setup made up of a ‘Super Speed’ Dual Pixel sensor and a lens with a mechanically adjustable aperture that switches between a bright f/1.5 to a smaller f/2.4 depending on the conditions. This means you’ll be able to take better photos in low-light, which was definitely one of the sore spots of last year’s S8. 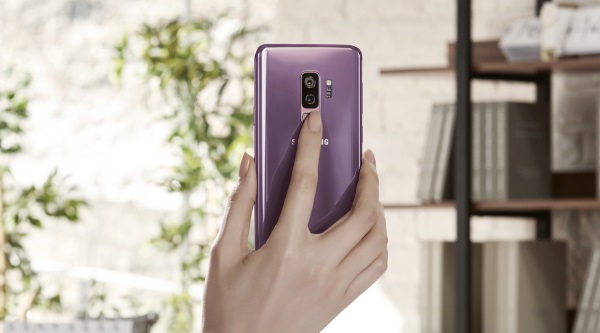 The S9+ now has the dual camera setup that is nearly identical to the setup see in the Note 8, with the added bonus of Samsung’s new camera technology mentioned above.

On top of the adjustable aperture, the 12 meg pixel rear camera sensor includes Samsung’s second generation dual-pixel autofocus tech that allows to record super-slow motion video at up to 960 frames per second at 720p resolution.

Samsung is also taking after Apple’s Animojis with its own augmented reality emojis, simply called AR Emoji. It lets you create a 3D image of your face that essentially creates a 3D Bitmoji version of yourself, and if you opt out of recreating yourself in 3D, there are 18 animated GIF stickers to choose from. 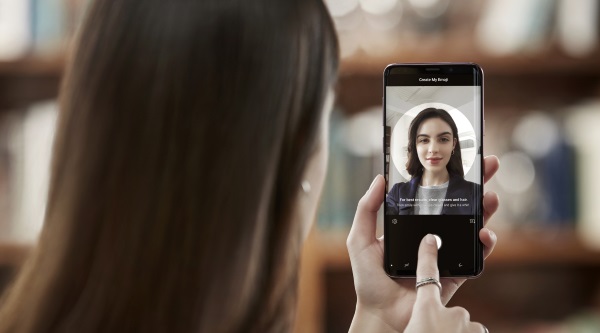 Inside the S9 and S9+ are similar tech specs to that of the S8 and S8+. Both versions have the same 64GB storage with a microSD slot (this time up to 400 GB) and battery life as their predecessors, while the S9+ got a boost to 6GB of RAM from 4GB (the S9 still has 4G). Both the S9 and S9+ have an upgraded processor in the new Snapdragon 845.

One change to shout out is an renewed focus on Samsung’s part in the audio department. Supposedly the S9’s new speakers can now produce stereo sound and are 40 per cent louder than the S8.

Software-wise, the Galaxy S9 launches with Android 8.0 Oreo, and is otherwise similar from the S8. Samsung’s smart assistant still lags behind the rest of the competition, but has a host of new features such as real-time translation, and a new camera feature that allows users to take a photo of food and estimate its calories.

In Canada, the Galaxy S9 and S9+ are available in Lilac Purple and Titanium Grey. Pre-orders are live now, and both devices will be available in stores on March 16 for $960 and $1,100 respectively.

Alex Raduhttp://www.computerdealernews.com
is a Video Producer for IT World Canada. When not writing or making videos about the tech industry, you can find him reading, watching TV/movies, or watching the Lakers rebuild with one eye open.
Previous articleHPE begins 2018 with a strong start
Next articleHashtag Trending – What to expect from Mobile World Congress 2018